The Dept. of Justice's report revealed a history of racially-biased policing 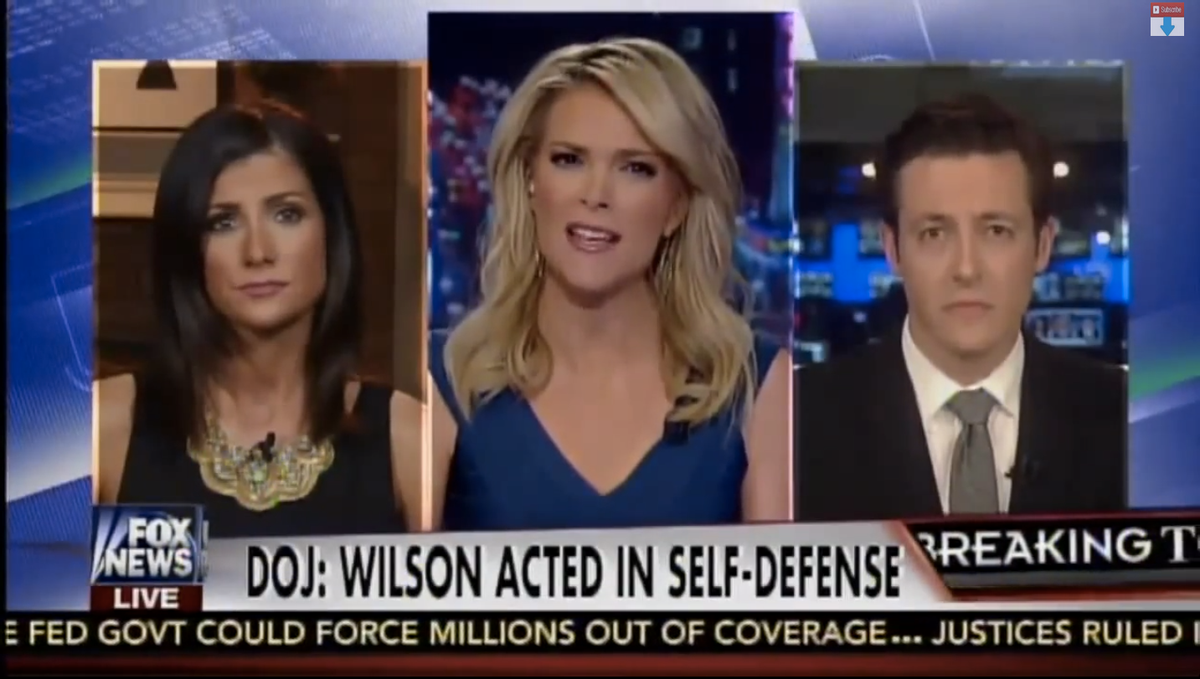 On Wednesday, the Justice Department released its long-awaited report on the Ferguson, Mo. Police Department in the wake of the fatal shooting of black teenager Michael Brown at the hands of white cop Darren Wilson. The results were unsurprising, but deeply upsetting nonetheless, demonstrating a history of biased, racially-motivated policing practices over the years.

On Wednesday evening, Fox News' Megyn Kelly got into a heated argument with democratic strategist Mark Hannah over what she feels is inappropriate public smearing of Officer Wilson. Despite the results of the investigation, Kelly feels that the outcry associated with Brown's death was overblown and inappropriate.

"What this report finds, Meagan, is that there is a broad pattern of racist policing that gives all cops a bad name," Hannah said.

Kelly interrupted him: "So that justifies this, Mark? What we saw, all these folks with their 'hands up, don't shoot,' which did not happen!"