Nobody cares about your book: Why that "Things I Can Say About MFAs" essay struck such a nerve with writers 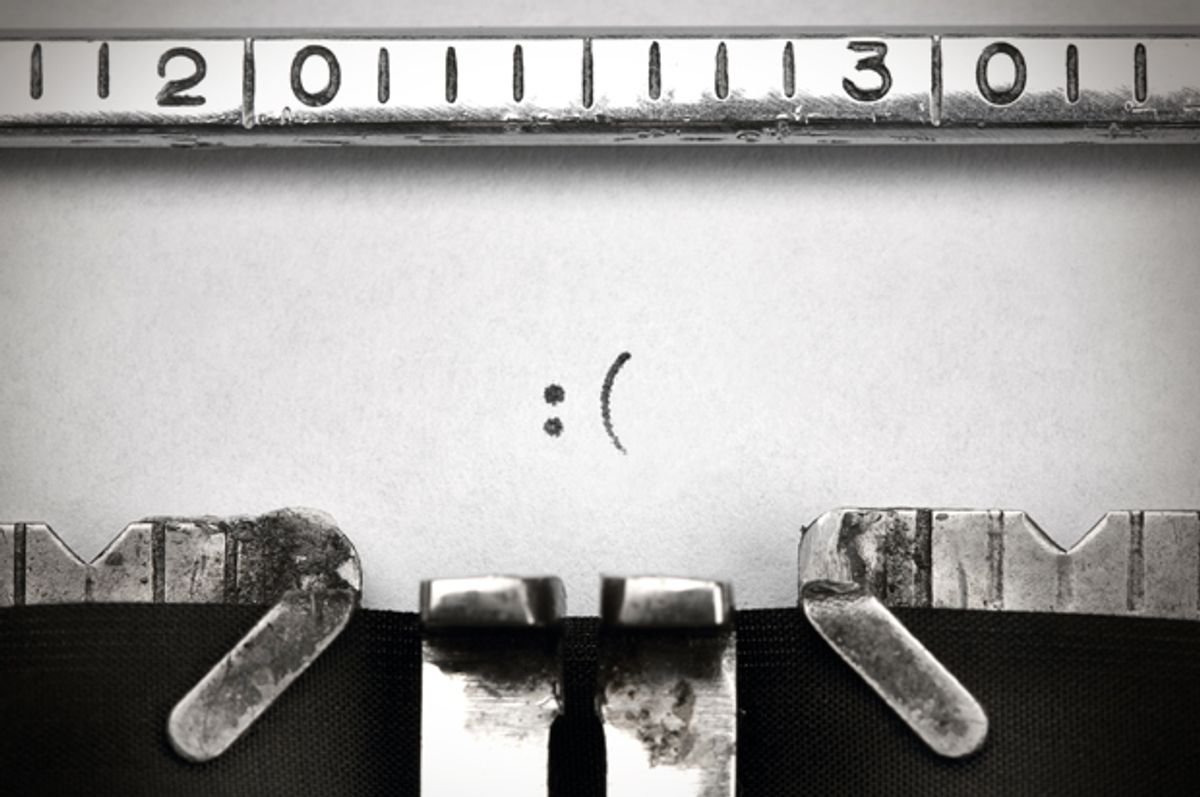 It was the rant that launched a thousand tweets, open letters and indignant blog posts: Ryan Boudinot's "Things I Can Say About MFA Writing Programs Now That I No Longer Teach in One," published by the Stranger on Friday. In the days since, Boudinot has been scolded up one side and down the other by MFA program proponents, as well as cheered on by those who revile the academic creative-writing complex. The Stranger itself produced a ridiculously self-congratulatory follow-up interview with Boudinot about his new project, Seattle City of Literature, a nonprofit dedicated to getting Seattle designated a UNESCO City of Literature in 2015.

Not much of "Things I Can Say" offers a fresh take on the endless MFA debate. More at issue is the swashbuckling, bridge-burning and sometimes contemptuous tone Boudinot adopts and the implication that, as a one-time MFA instructor, he is speaking the secret thoughts of every creative writing teacher to whom a student has entrusted her fledgling work. He baldly states that some people are simply more talented than others, that if you didn't commit yourself to writing in your teens it's probably too late to catch up now, and he duns students unwilling to devote themselves to postmodernist tomes like "Infinite Jest," "Gravity's Rainbow" and "2666."

Retorts to this screed have been plentiful. There's even a new website dedicated to aggregating anti-Boudinot blog posts, highlighting the most offensive passages from "Things I Can Say" and calling for Seattle City of Literature to "distance" itself from Boudinot. The site, which has appropriated Boudinot's name for its url, has even called for Sasquatch Books, publisher of a forthcoming Boudinot-edited anthology, to cancel that book's publication.

It doesn't help Boudinot's cause that his salvo on behalf of better writing is clumsily articulated in key passages. When he goes off on the alleged narcissism of memoirists, he writes, "Just because you were abused as a child does not make your inability to stick with the same verb tense for more than two sentences any more bearable. In fact, having to slog through 500 pages of your error-riddled student memoir makes me wish you had suffered more." By stupidly assuming that his students' traumatic pasts are a fit subject for flippant hyperbole, Boudinot has handed his foes a heap of rhetorical fodder. They accuse him of wishing more abuse on children, which is ludicrous, but that they are able to do so constitutes a prime example of how bad writing and arguments breed more of the same.

As a reader with no connection to the MFA world, I haven't got a dog in this fight. Many good writers have emerged from MFA programs and many have not. If people want to invest their money and time in improving their writing, more power to them; it sounds like a worthwhile use of both. But the unspoken subtext of most raging MFA debates has less to do with writing than with reading. It's one thing to concentrate on your own work -- perhaps the only item in Boudinot's list that everyone seems to endorse is his advice to "woodshed," that is, to write a whole lot of stuff, especially early on, that you don't need anyone else to read, let alone publish. Who can possible object to anyone doing that?

Far more contested, however, is the question of what writers expect from the rest of us. They can be a tiresome bunch, with their incessant demands for attention, for time, for feedback, for advocacy. No one is in a more equivocal position when it comes to writers' demands than an MFA instructor, who is typically teaching only because he hasn't been able to support himself by persuading a sufficient number of people to buy his own books.

Like most authors -- including, apparently, Boudinot -- most MFA instructors care a lot about great writing. A love of books almost certainly led them to this otherwise non-lucrative career. In the classroom, however, they're compelled every day to read mediocre work by people who, as Boudinot brutally puts it, have "nothing interesting to express and no interesting way to express it." Nevertheless, the teacher's role is to help even these writers become at least a little bit better. This can understandably seem pointless in a world where there isn't enough time to read the genuinely good books, but it's the job all the same. At the very least, the students have paid for some respectful attention to their work, whatever its merits.

Students also have every reason to expect that their teachers won't, at some later date, disparage their journeyman work publicly, however generalized those insults might be. A friend who attended a low-residency program similar to the one where Boudinot taught told me, "If I had studied under him it wouldn't matter how many books I had published or awards I'd received, I'd still suspect I was one of the vast many disappointments and that would crush me." However exasperated Boudinot may have been by the foibles of his students, he experienced them in a relationship governed by a set of ethical rules and customs; betraying the trust of that relationship is cause for shame.

That said, I've heard many MFA instructors bitch about the same irritants: aspiring writers who treat the work like therapy, people with nothing to say, intellectual posturing, deadline-fueled neuroses and, above all, students who seem uninterested in reading, or only interested in reading other debut novels as a form of coldblooded market research. As someone who spends too much time reading the first chapters of dozens of mediocre books (and I'm talking about the ones that do get published!), I have a certain sympathy for Boudinot's aggravation; how did the love of literature end up leading us both into an obligation to read so much crap?

But the truth is that MFA programs aren't a place where writing goes wrong; the practice of writing offers many rewards even if the author is the only one who ever sees the results. Workshops are, however, a site of disordered and unnatural reading, a place where the normal human motivations to pick up a story have been hijacked. The other students only read your work because you will in turn be obliged to read theirs, and the teacher, even if he or she enjoys the job more than Boudinot did, would most likely rather be home writing his or her own books if given the choice. The workshop is a never-neverland of ample, obligatory attention most writers will never enjoy again.

This doesn't mean that students can't gain a lot from workshopping, but the one thing they definitely won't learn is how their work will be read once it appears in the outside world. There, it will most likely be entirely ignored. There, even close friends will have to be wheedled into giving it a shot. Traditional publication is an improbability that, if achieved, will almost certainly not result in the reviews or sales the author fantasizes about. Most books get lost in the deluge published every week. Forget about the world hating your book -- chances are it won't even notice it. Your teacher owes you better treatment than that, but the public does not.

So if an excuse can be made for Boudinot's harsh words, it's this: He hasn't expressed anything worse than what writers outside of the MFA bubble hear every day. The techniques or insights into the writing process students pick up during a workshop matter far less than the ability to persevere in the face of attitudes like his. And the sooner writers figure out how to do that, the better.