They have raised over $1,000 on kickstarter so far 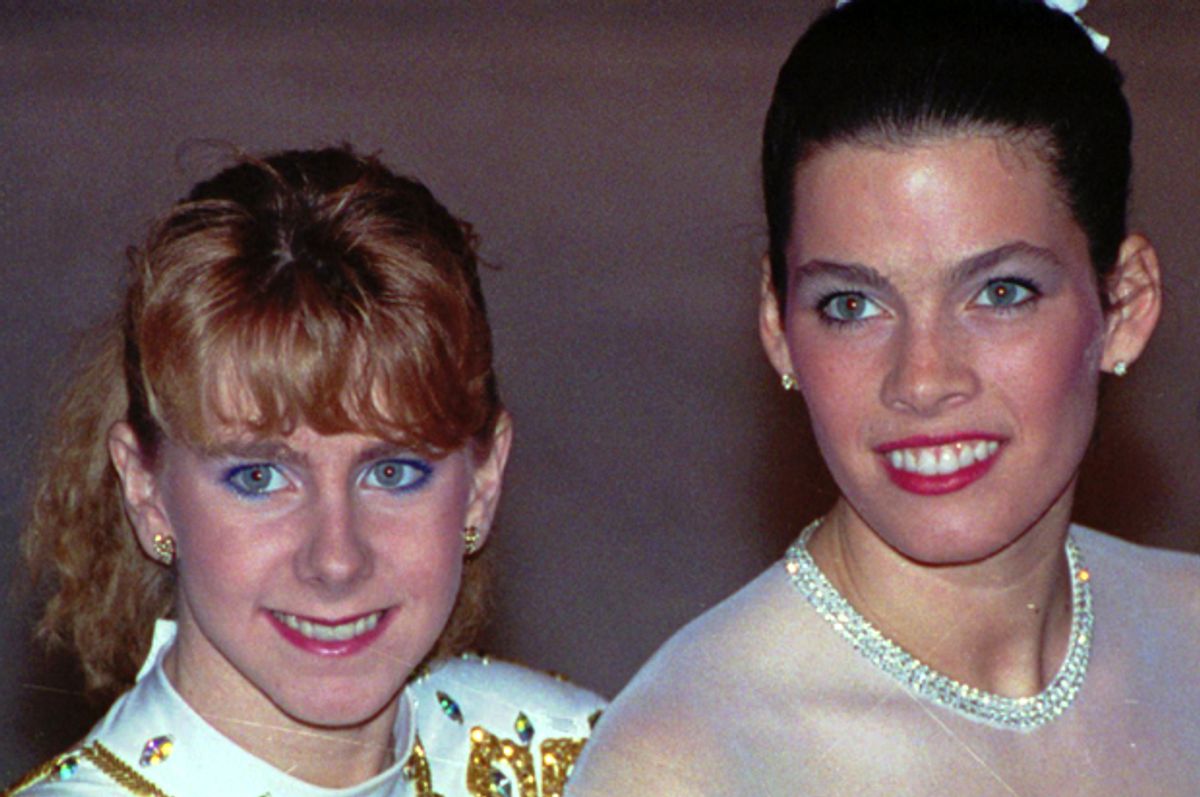 America has a barbed wire museum, a clown museum, even a salt and pepper shaker museum — why not a museum devoted to the knee-whack heard 'round the world?

At least, that's what Brooklyn roommates, Matt Harkins and Viviana Rosales Olen, are betting on. The pair -- both comics who met at the Upright Citizens Brigade theater -- ares planning to open the world's first museum devoted to the 1994 Tonya Harding/Nancy Kerrigan scandal, housed in the four-foot-wide hallway of their Williamsburg walk-up. (And if you don't know what scandal we're referring to, you are the exact reason this museum needs to exist).

Harkins and Olen pair got the idea after watching the “30 for 30: The Price of Gold” documentary, launching a Kickstarter to get backing for the project.  While things started as a joke, it has snowballed — so far they have raised $1,469 for the museum, and Harkins and Olen have been scouring the internet for memorabilia. An artist donated a diorama of Nancy Harding, while they have been collecting an oral history from journalist Lois Elfman, who covered the incident back in 1994. Per Kickstarter, the museum will also include "people's crafting projects, wax figures, historical reenactments and other Tonya and Nancy related creations which can be deemed part of the cultural response to this event." They even immortalized a number of Harding/Kerrigan-themed tweets in glitter art.

The museum will take two-visitors at a time, by appointment only. While it may not seem it, Harkins and Olen are serious about the project. “If we’re making fun of anything, we’re making fun of ourselves,” Olen told the Washington Post. “We’re coming into this with the utmost respect. We’re not really focusing on the attack. We want to focus on these athletes, and the culture of reaction and gender stereotypes and how this defined so much of 1994 and so much of our consciousness.” In that vein, the museum will help visitors answer the enduring question that has plagued all who were transfixed by the scandal: Are you a Tonya or a Nancy?

"Part of the museum team's research has been the realization that everyone is either a Tonya or a Nancy (if you're thinking about it, you're a Tonya)," reads the museum's Kickstarter page. "This of course is made more confusing by the fact that if you immediately thought you were a Nancy, you are most definitely a Tonya. The only real way to be a Nancy is to have very long lines in your body. If you thought you were an Oksana Baiul, well, aren't you just perfect, WE SEE RIGHT THROUGH YOU)."

Okay fine, we're a Tonya. Shut up and take our money, please.