The white privilege conversation is good business and P.R. for the wealthy. But look more closely at their actions 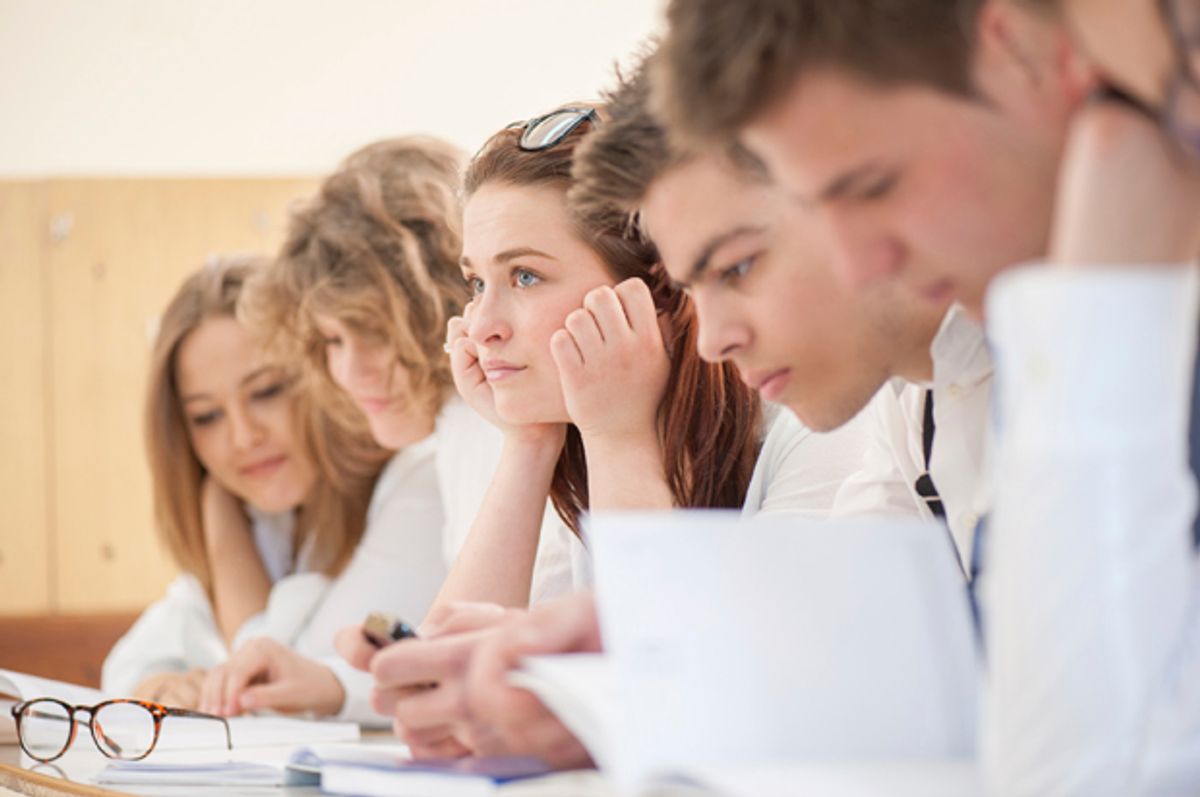 Facebook can be a weird place on Martin Luther King Day. Some of my friends post famous passages from MLK’s speeches. Others post statistics on racial inequality. Still others, mostly white parents, post photographs of their children assembled in auditoriums and schoolyards. These are always hopeful images, the next generation stirring toward interracial harmony. Except for one thing: nearly everyone in the photos is ... white.

In her public school this year, my first-grade daughter learned that Daisy Bates helped integrate the Little Rock schools. She knows that Ella Baker, someone I’d never heard of till I went to college, was part of the civil rights movement. Meanwhile, her school has a combined black and Latino population of 15 percent, down from nearly 30 percent just seven years ago.

In school, white children are taught to be conscious of race and racism in a way I never was when I was as a kid in the 1970s. Yet they go to schools that are in some respects more segregated now than they were in the 1970s. In 1972, under Richard Nixon, 36 percent of black students in the South attended white-majority schools. By 2011, under Barack Obama, that number had plummeted to 23 percent. In every region of the country, a higher percentage of black students go to nearly all-minority schools than was the case in 1988. The same is true of Latino students in the South, the West and the Midwest.

The way we live now is not reflected in the way we talk. Or type.

Maybe this gap between our words and deeds is a sign of vitality and promise. Shouldn’t our language always be one step ahead of our actions? Shouldn’t our children learn concepts in school that challenge realities they see in society? Maybe. Or maybe we’re forcing children to talk about inequities in school that we wouldn’t dare touch, much less transform, in society at large.

In 1959, Dissent published an article by the German-Jewish émigré philosopher Hannah Arendt. A criticism of desegregation and a defense of states’ rights, “Reflections on Little Rock” was controversial, offensive and wrong-headed in almost every way. But one point—beyond the immediate question of integration, about which she was wrong—Arendt got it right. Why, she wondered, do we “burden children, black and white, with the working out of a problem which adults for generations have confessed themselves unable to solve?” It’s an age-old dream, she acknowledged in a reply to her critics, that “one can change the world by educating the children in the spirit of the future.” But doesn’t that dream just shift “the burden of responsibility from the shoulders of adults to those of children”?

In the United States, we often try to solve political and economic questions through our schools rather than in society. Instead of confronting social inequality with mass political action and state redistribution, we prefer to educate poor children to wealth. Education can involve some redistribution: making sure, for example, that black, Latino and working-class students have comparable resources, facilities and teachers as white or wealthy students. But one need only compare the facilities at the Park Slope school my daughter attends with those of an elementary school in East New York—or take a walk around James Hall at Brooklyn College, where I teach political science, and then take a walk around the halls at Yale, where I studied political science—to see we’re a long way from even that minimal redistribution.

Sometimes, our self-deception can be downright funny. Two weekends ago, the New York Times profiled a group of fancy private schools in New York City where wealthy, white and privileged students learn that they are…wealthy, white and privileged. There’s even an annual “White Privilege Conference,” which is being held this year at Dalton School (tuition: $41,350). More and more private schools, according to the Times, “select students to attend” that conference. These students are so select (and these schools so selective) that they have to be selected to attend a conference on their selectedness.

You’d think that if the parents and teachers of these masters of the universe were truly concerned about racial and class privilege they’d simply abolish private schools. Or lobby for better state and federal laws, and more liberal courts, to reintegrate the public schools: after all, in 1988, even after two terms of Ronald Reagan, even after two decades of a Republican near-monopoly on the White House, racial integration was at an all-time high. That’s how strong the laws and court orders were.

Or schools could organize workshops to teach students how to lead a mass movement that would divest private schools of federal tax benefits, such as the Coverdell Education Savings Account, or state-level tax benefits, which are even more generous to the wealthy.

The advantages of such a movement would be many. Students would learn, firsthand, that race or race privilege is indeed constructed—a term often bandied about but not always understood—not merely by words and symbols but by laws, taxes, wealth and institutions. In confronting the defenders of these privileges, which might include their parents, teachers, principals and even themselves, students would see, in a concrete way, just how invested people can be in their privilege. And, who knows, they might even win.

But that, of course, is what private school leaders don’t want. They want a conversation, not a confrontation, about privilege. They want to change words, not worlds. So why talk about privilege at all? Because privilege talk is good for business.

There’s actually an industry of privilege consultants who sell their services to schools like Dalton, Spence and Collegiate. According to one of these consultants, school administrators realize that “raising students to live in a bubble—a white bubble, a black bubble, a Latino bubble, whatever type of bubble you want to call it—is not to your benefit in a global society.” And “anti-racist thinking,” adds the Times, “is a 21st-century skill.”

Global society, 21st-century skills: These are buzzwords for the international capitalism the students of these schools are being trained to lead. Far from being educated to dismantle privilege, they’re being schooled to perpetuate and preside over it.

Education is the quintessential American hustle. Schoolmen and con men have one thing in common: They both believe they can talk their way out of anything. But the reason our schools are unequal is that our society is unequal. And no amount of privilege talk is going to change that.