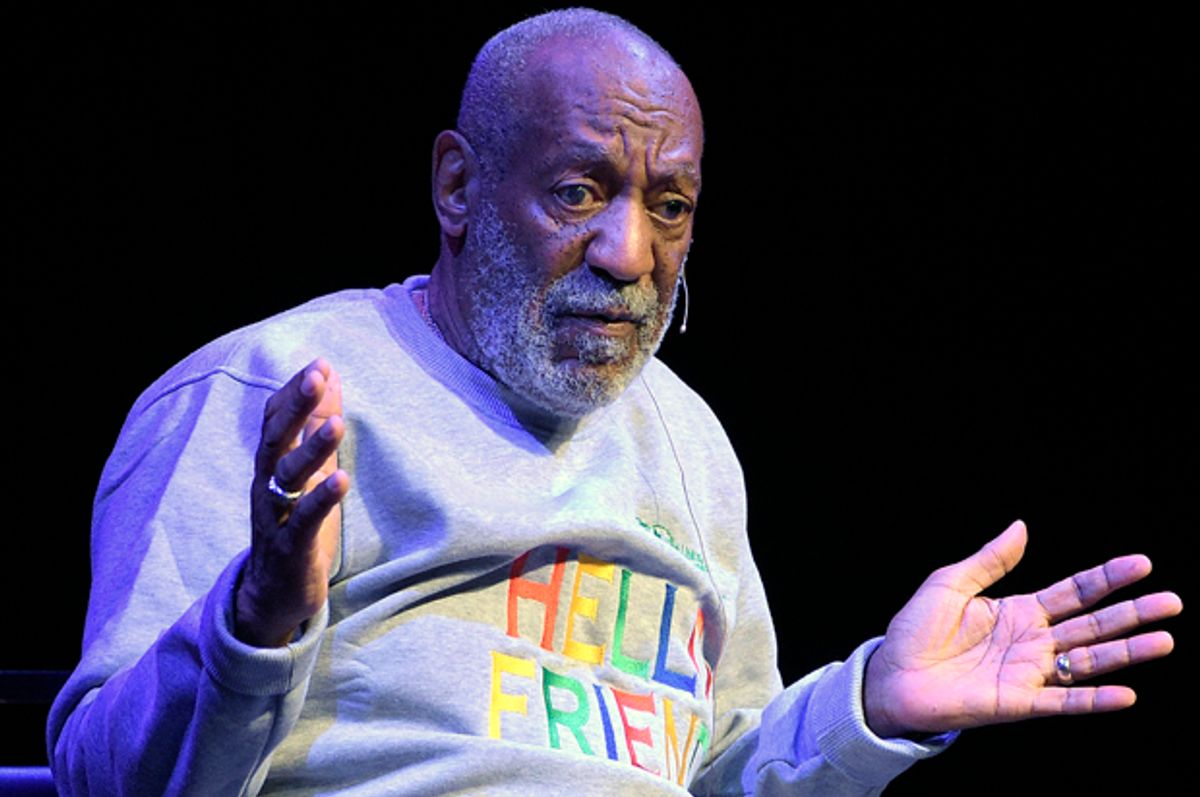 As his seemingly endless "Maybe If I Don't Say Anything About Those Sexual Assault Allegations They'll Go Away" tour continues, Bill Cosby on Monday released a bizarre new video to promote his upcoming standup performances. The clip features the comedian talking about his comedy tour on a rotary phone, while wearing what appear to be fuchsia silk pajamas.

"You know I'll be hilarious," Cosby says in the video. "I can't wait!"

According to ABC News, which received the footage first, the clip marks Cosby's first video appearance since more than 30 women have come forward to accuse him of sexual assault. A prepared statement that was released along with the clip echoes an earlier statement Cosby released last month, reminding fans that he does not consider the dozens of legacy-shattering allegations of sexual misconduct to be reason enough to stop performing. "Dear Fans: I hope you enjoy my wonderful video message that’s filled with laughter," the statement said. "Hey, hey, hey, I’m far from finished."

Cosby has yet to face criminal charges for any of the sexual assault allegations, though accusers continue to step forward. As several women involved in a lawsuit against the comedian a decade ago have given up their anonymity in recent weeks, other accusers, such as Jewel Allison, have elaborated on their experience and explained their decisions to speak out against the star.