"I have absolutely no apologies": Sean Penn responds to critics of Oscars joke 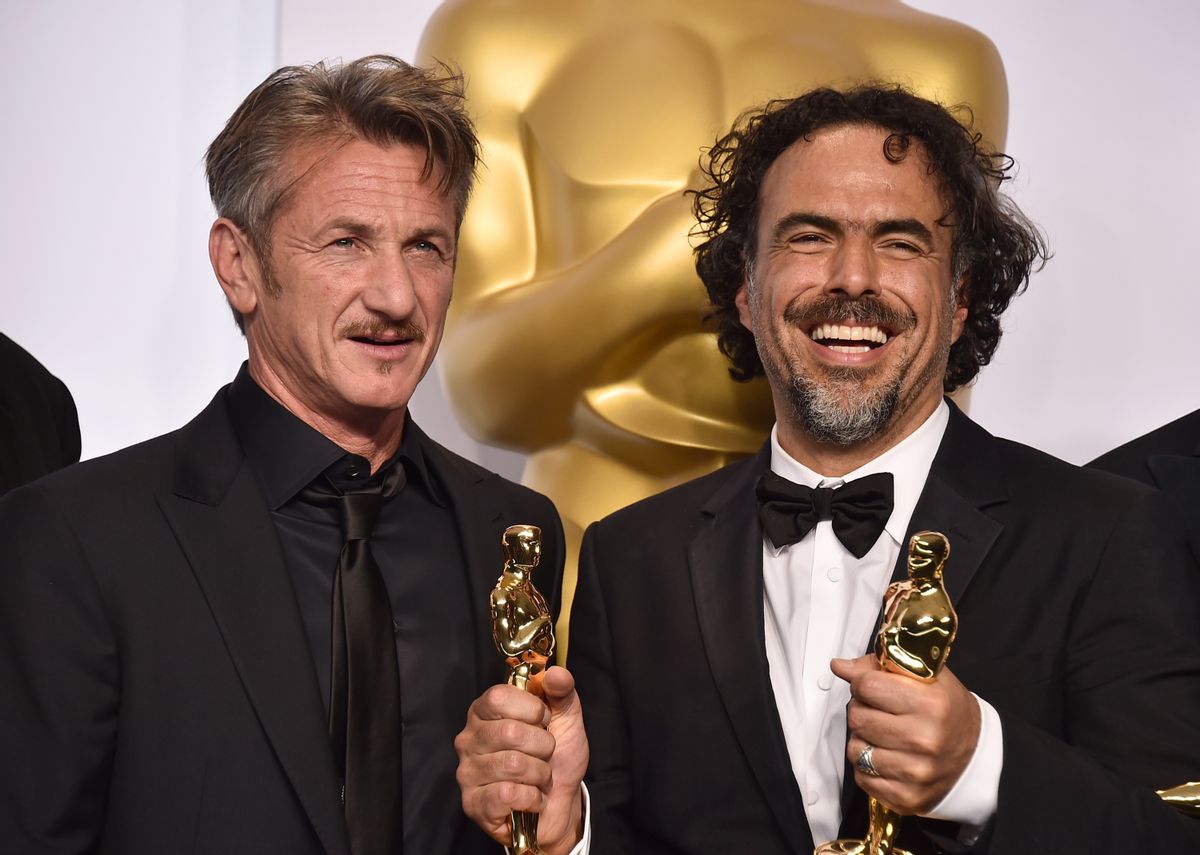 In this Feb. 22, 2015 file photo, presenter Sean Penn, left, and filmmaker Alejandro Iñárritu pose in the press room after winning multiple awards including best original screenplay, best director and best picture for Birdman: Or (The Unexpected Virtue of Ignorance)" (Photo by Jordan Strauss/Invision/AP)
--

Actor Sean Penn has "absolutely no apologies" for the joke he made when presenting the Oscar for Best Picture to filmmaker Alejandro Iñárritu for "Birdman."

Penn was criticized for stating, "Who gave this son of a b*tch his green card?" before announcing that Mexican-born Iñárritu would take home the Oscar. (If you need a refresher, Salon's Erin Keane does an excellent job spelling out the controversy here, and explains why Penn and Iñárritu's "inside humor" was not appropriate for the Oscar's stage.)

Following the Oscars Iñárritu explained that he found the joke "hilarious," and indicative of the "brutal" friendship that the two have, stating that he too makes jokes at the expense of the actor, who he directed in the 2003 film "21 Grams."

Penn however did not comment on the outrage following his comments, until a recent interview with the Associated Press while promoting his new film "The Gunman." From the AP:

"'I’m always surprised by flagrant stupidity. I keep having more hope,' said Penn of the widespread outrage that followed the moment.

"'The fact is that I understand it. I see it all the time. When somebody sees the opportunity to frame something in the comfort that it will be common, that they can do that and they can get a group to look at them and that they will take on those positions and never really think about what it was,' he added.

"'I have absolutely no apologies,' Penn said with calm resolve.

"'In fact, I have a big (expletive) you for every … anybody who is so stupid not to have gotten the irony when you’ve got a country that is so xenophobic,' he said. 'If they had their way, you wouldn’t have great filmmakers like Alejandro working in this country. Thank God we do.'

"Penn also clarified that the order of his comments were intentional.

"'There’s a little inside humor with he and I where I know, and wanted to know, that he would be the first person in that room to know that his film won,' he said."