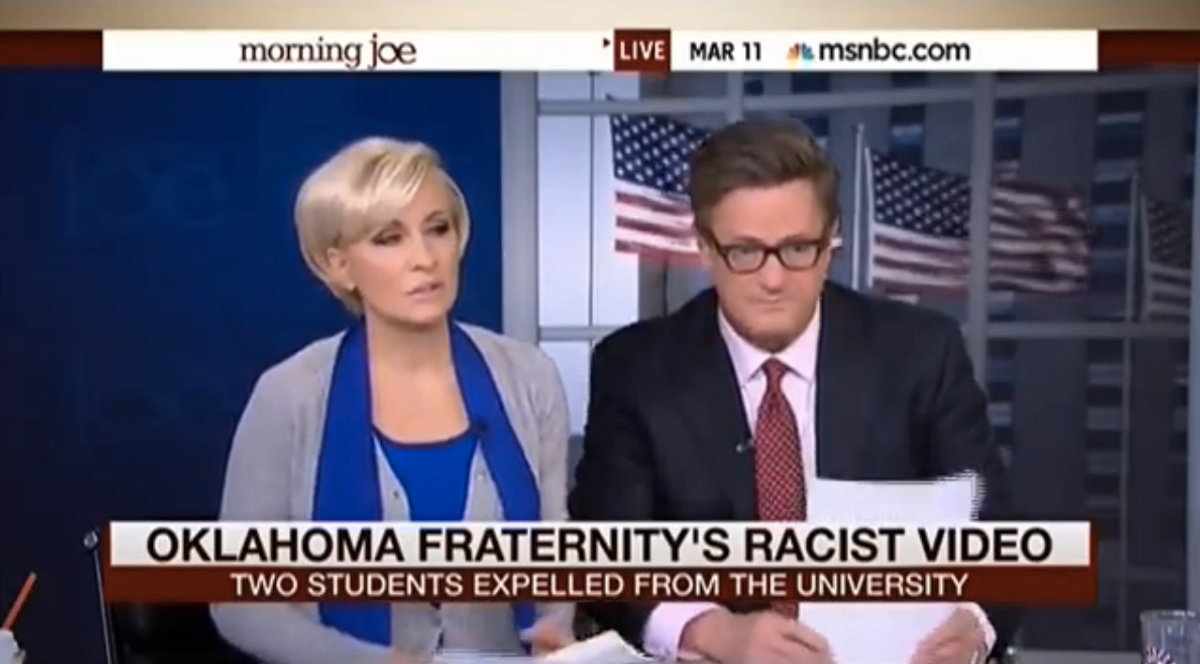 After learning of the University of Oklahoma racist chant video and the expulsion of two frat brothers, rapper Wacka Flocka Flame spoke with CNN's Brianna Keilar Tuesday explaining that he was "disgusted" by the incident and would be canceling his upcoming performance for the SAE fraternity.

The rapper, who had previously performed on the campus, went on to explain in his CNN appearance that he felt like he "knew those kids" and that they "made him feel like a brother."

MSNBC's Morning Joe crew took aim at the rapper on today's show, insinuating that the slew of racist incidents on the campus (including the SAE house mother's Vine) could all be traced back to rap music and its endorsement of the n-word.

Bill Kristol echoed this sentiment: “Popular culture becomes a cesspool, a lot corporations profit off of it, and then people are surprised that some drunk 19-year-old kids repeat what they’ve been hearing."

The blame-fest was finally interrupted by Willie Geist, who pointed out that there may be a distinction to be made between white kids on a bus threatening to hang someone and rappers such as Wacka Flocka Flame -- or even Jay-Z, as he also cites -- who use the n-word in passing.