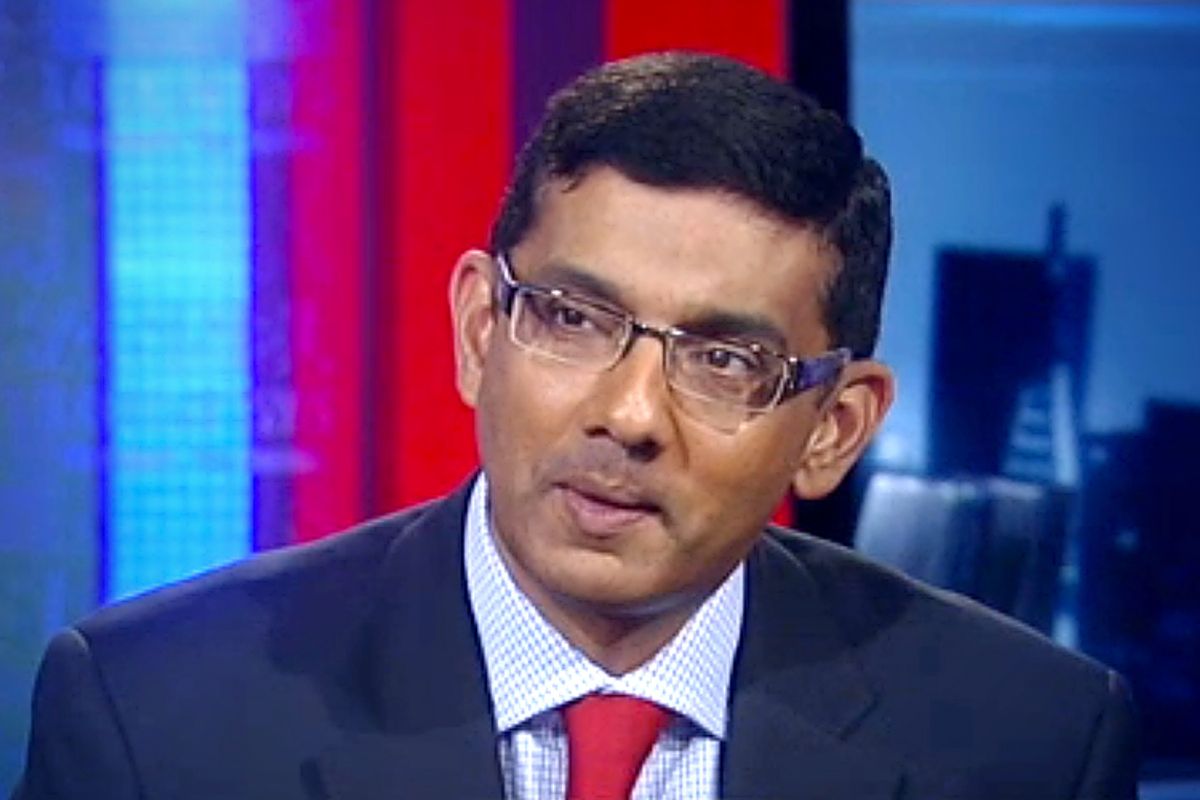 Every Dinesh D'Souza tweet -- and Twitter is the disgraced conservative's primary medium now, along with fourth-rate documentaries and Alex Jones' Infowars -- seems to be yet another effort to cement his status as America's premiere conservative troll. (He long ago realized that the conservative movement has little taste for intellectuals, so he seems to have abandoned the pretension that he's some latter-day Edmund Burke.) D'Souza continued in that quest today, writing a nonsensical tweet defending former Ferguson, Missouri police officer Darren Wilson, who shot and killed unarmed African American teen Michael Brown last summer.

Although a grand jury declined to indict Wilson, and the U.S. Justice Department also opted not to bring charges, D'Souza depicted Wilson as the victim of a hounding government, and expressed his sorrow that Wilson "can't fight back":

D'Souza's latest bout of cranial flatulence comes a few months after he compared protesters in Ferguson to Islamic State terrorists.

Three weeks ago, D'Souza made headlines for referring to President Obama as a "boy" from "the ghetto," the latest in his long history of racially tinged attacks on the president. In 2013, D'Souza called Obama "grown-up Trayvon," a reference to the slain, unarmed black teen Trayvon Martin, and he has also asserted that Obama is "a captive of the ideology of a Luo tribesman."