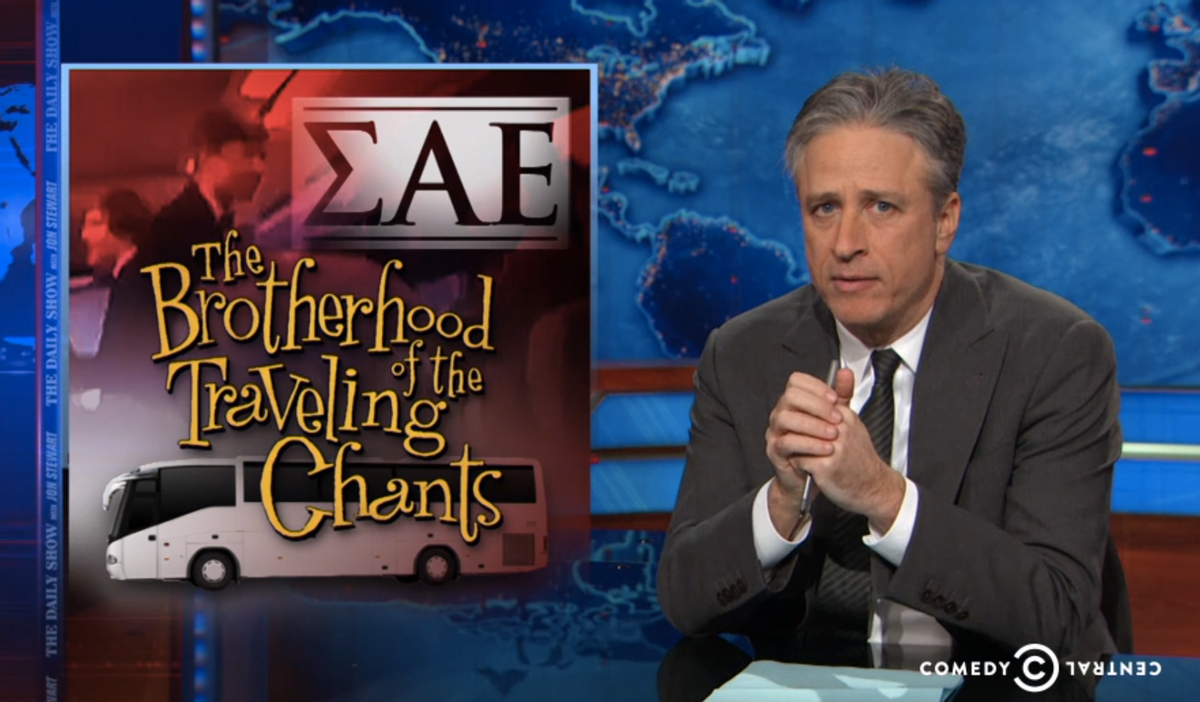 On Wednesday night's "The Daily Show," Jon Stewart discussed the racist chant caught on video being sung by SAE fraternity boys at the University of Oklahoma. Stewart also ripped into the "Morning Joe" panel's outrageous explanation for the racist chant, which they blamed on hip-hop.

"Two things," Stewart said. "One, the kids on that bus were not repeating rap song they had heard. They were gleefully performing one of their fraternity's old, let's call them anti-negro spirituals, featuring a word the predates rap and probably folk and thought. Black rappers did not introduce that word into the vernacular."

"And second of all," stewart continued, "how come when conservatives talk about African Americans they say 'these people need to take responsibility for themselves. Pull up those pants. Get a job'? But when white people do something racist they're all, 'What you can't blame them, how could those poor children know wrong from right after they've been driven into madness by the irresistible hippity-hoppity?'"

Watch the entire segment below: