Ted Cruz to NASA: Stop focusing so much on climate change and go explore space

The agency should stop studying our home planet, Cruz said 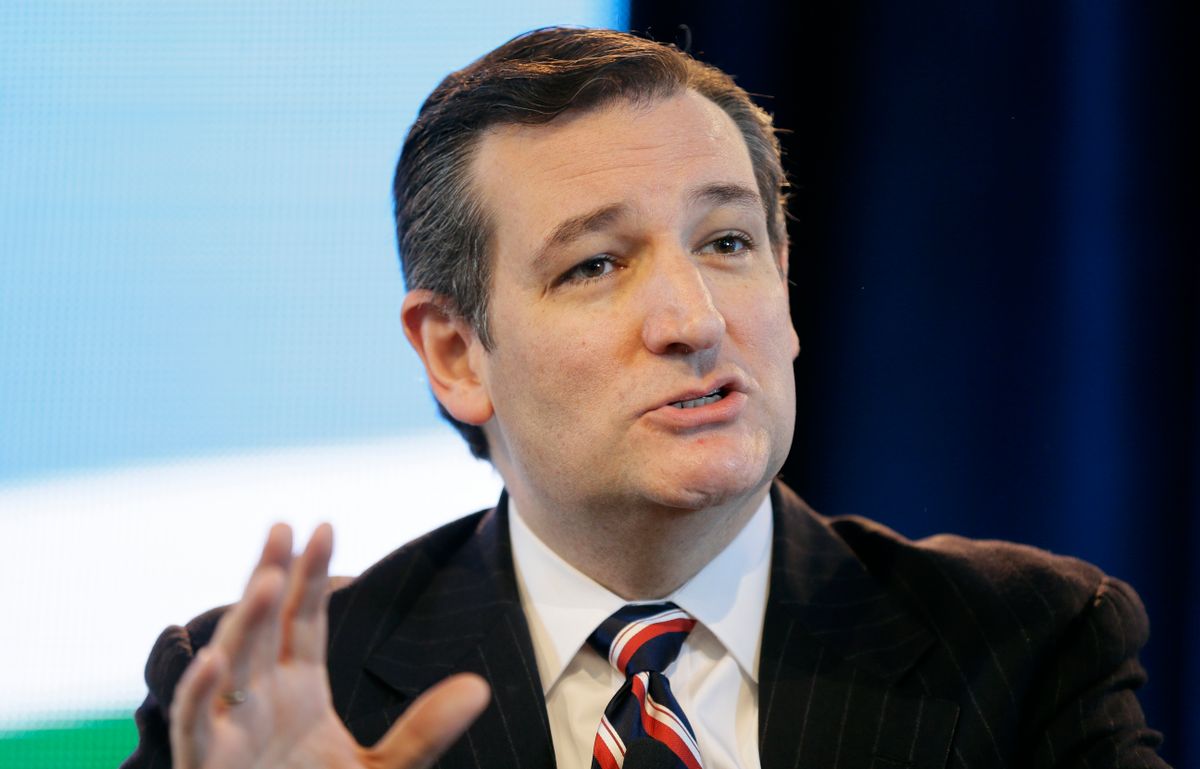 NASA's spending way too much time and money studying Earth, and is neglecting the rest of outer space, said Sen. Ted Cruz (R-TX).

“It is time for man once again to leave the safety of the harbor and to further explore the deep uncharted waters of deep space,” Cruz said Thursday at a hearing in the Senate Commerce Subcommittee on Space, of which he recently became the chairman. That's climate denier code for "stop talking so much about the terrible things we're doing to our planet and just go away. Far, far away."

As feared, this is what happens when you put a guy who refuses to accept that climate change is a problem in charge of the nation's space agency, which sees the planet we call home as one of its top priorities. The agency credits its research with helping the U.N. International Panel on Climate Change conclude that the increase in greenhouse gas emissions is contributing to the rise in global temperatures, and is working to answer other important questions: "How much warmer will it get? How will sea level rise progress? What will happen to soil moisture, and therefore agricultural production, in a warmer world?"

But according to Cruz, NASA's actions are merely an indication that the agency is losing its way. “I am concerned that NASA, in the current environment, has lost its full focus on that core mission," he said. Discussing the president's $18.5 billion budget request for NASA for 2016, he complained that funding for Earth sciences has increased by 41 percent since 2009, while space exploration has seen a 7.6 percent decrease.

NASA Administrator Bolden had a different interpretation of his agency's role, however. "Our core mission from the very beginning has been to investigate, explore space and the Earth environment, and to help us make this place a better place," he told Cruz.

"We can't go anywhere if the Kennedy Space Center goes underwater and we don't know it -- and that's understanding our environment," Bolden said. "It is absolutely critical that we understand Earth environment because this is the only place that we have to live."