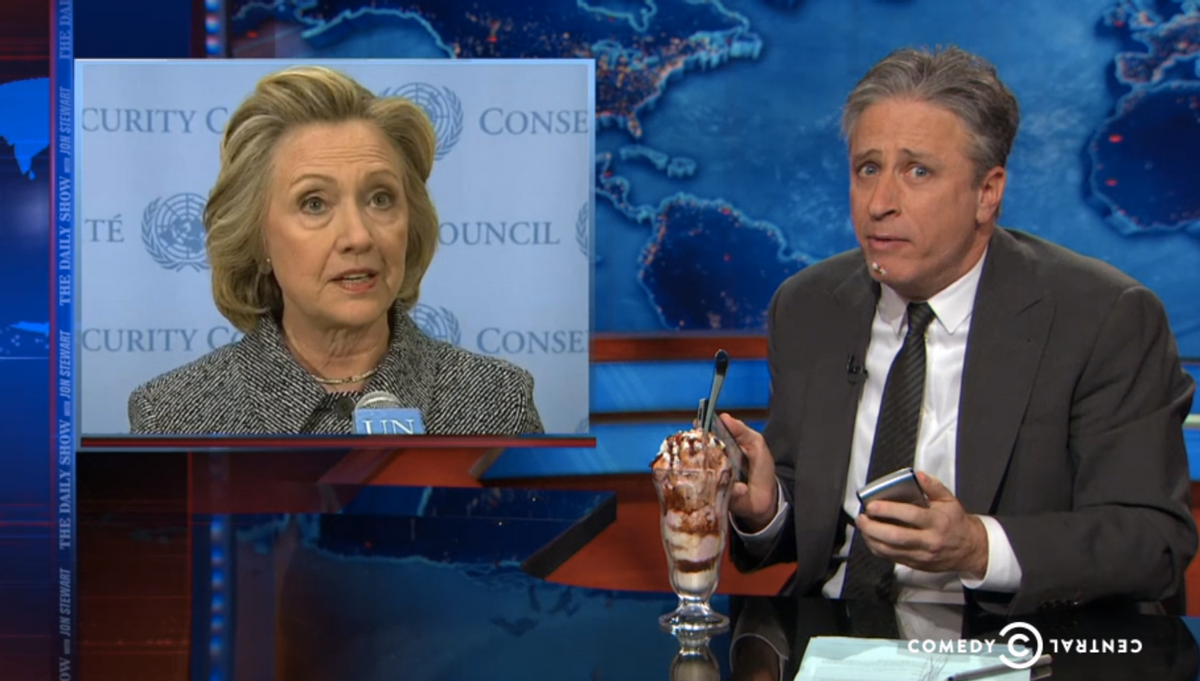 Last night Jon Stewart weighed in on Hillary Clinton's press conference addressing her personal email flap. The host of "The Daily Show" gleefully pointed out how much of a hassle it is to have two phones and try to eat an ice cream sundae (an amusing bit that looked more delicious than difficult).

Stewart also discussed government transparency, and the fact that there was no outside oversight on what emails former Secretary of State Clinton deleted or kept in her purge of 30,000 personal emails. Watch below: