Nutritionists put their seal on Kraft's processed cheese product, for some reason 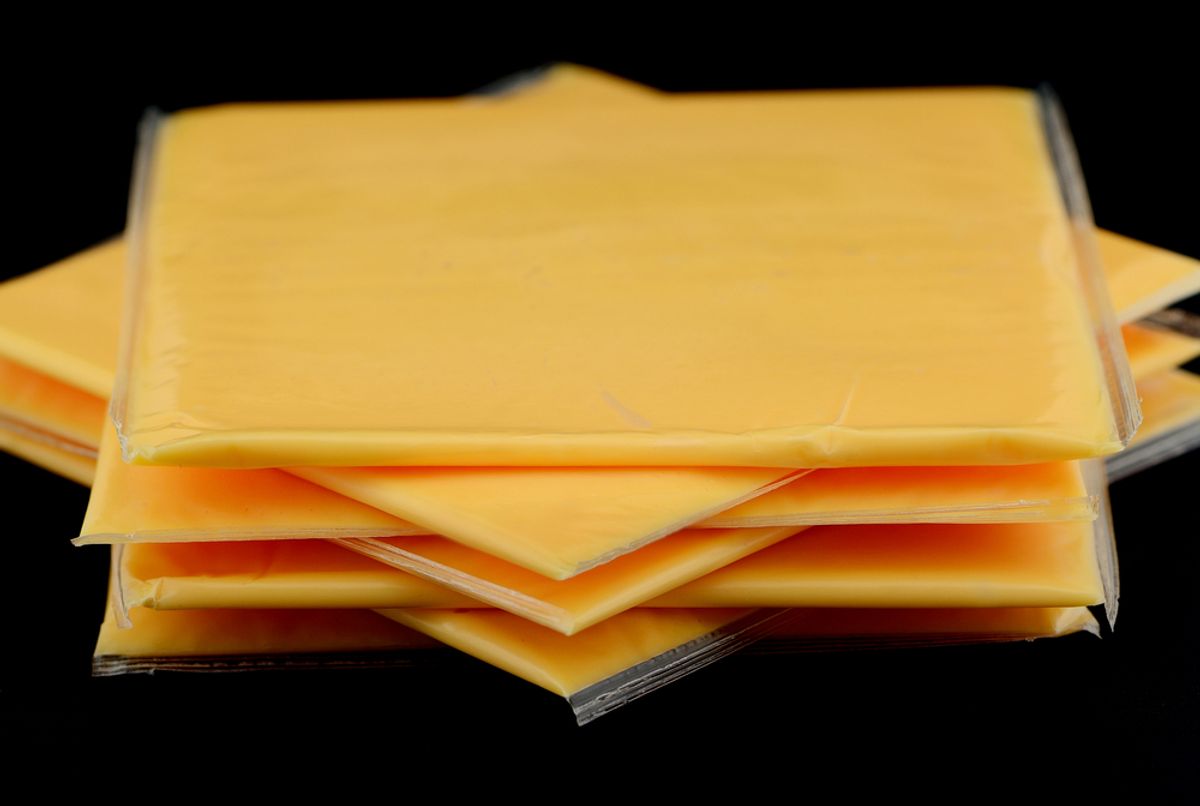 The questions surrounding Kraft Singles are myriad. Why are they so incredibly yellow? Why should we want to eat a cheese product instead of just actual cheese? And why in the world did the Academy of Nutrition and Dietetics, a trade group representing some 75,000 nutrition professionals, bestow the product with its very first "Kids Eat Right" label?

"Calcium," Kari Ryan, Krafts director of nutrition, science and regulatory affairs and a member of the Academy, told the New York Times. The cheese product has that in abundance, along with vitamin D -- two things kids need more of in their diets. Another likely reason: Kraft is paying the group for use of the label. And while it looks an awful lot like an endorsement of the product's healthfulness, the Academy says that, in fact, it's Kraft that's endorsing them.

"Kraft is putting the Kids Eat Right logo [on its packaging and] saying Kraft is a proud supporter of Kids Eat Right, not vice versa," Academy of Nutrition and Dietetics spokesman Ryan O'Malley told ABC News. "The academy has never once endorsed any product, brand or service, and we never will."

That's laudable of them, to be sure, but critics are pointing out that parents rushing through their grocery shopping are very unlikely to take note of that distinction -- NYU bioethicist Arthur Caplan said he was "99.9 percent" certain that they'll see the label and assume Kraft Singles hold a vaunted status among other foodstuffs. Nutritionists weighing in on the matter were careful to point out that there's nothing necessarily wrong with the product, per se, but that they take issue with the suggestion that it's somehow healthier than other, "real" foods.

It comes off as yet another example of a meaningless label being used to market processed food as something better than what it actually is, made all the more strange by health professionals' apparent willingness to go along with it.