Pundits say Hillary Clinton’s 2016 dominance is a sign of a leadership vacuum, but here’s what it really means 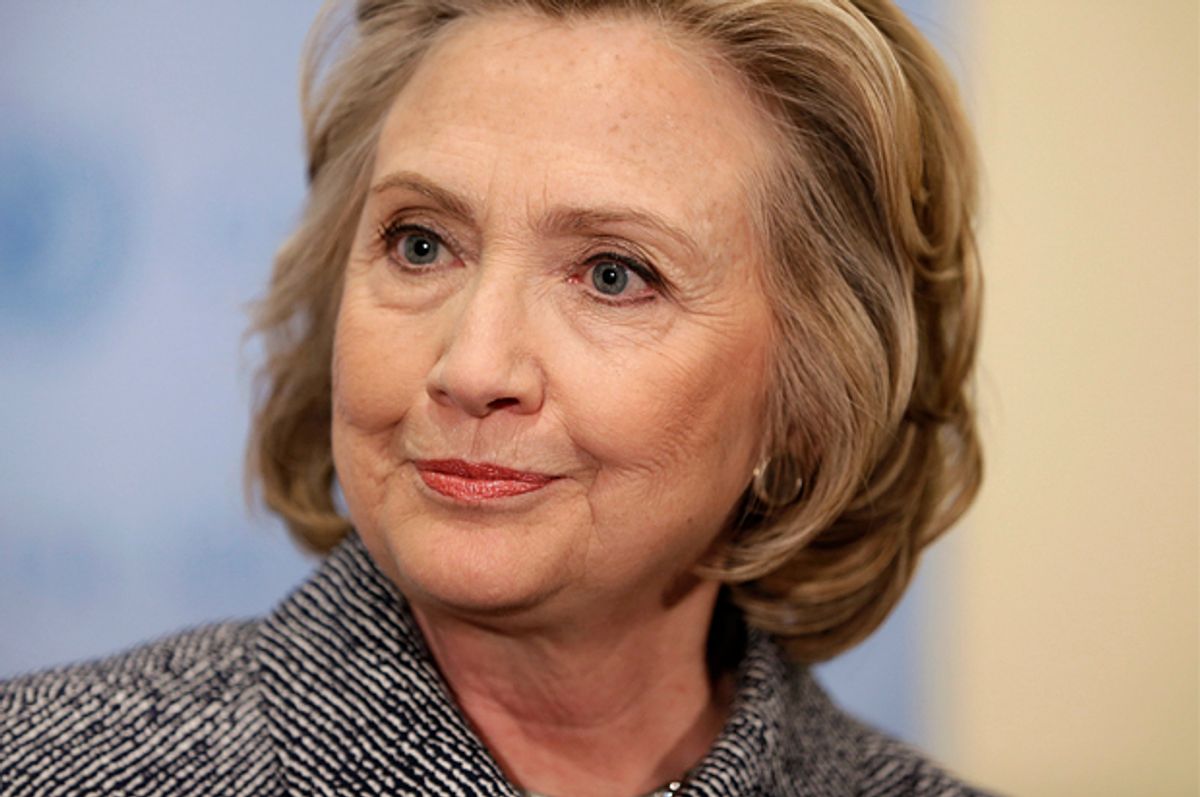 Dan Balz tells us the media-driven crisis reveals "the absence of a strong Democratic bench," and the New York Times agrees, citing the party's "weak bench" and enumerating the dangers of the party putting all its eggs in one basket. Jonathan Bernstein knocks down that argument very well here:

Bernstein leaves Vice President Joe Biden off his list, apparently because of Biden’s age, but he’d be on mine. I’d put Sen. Bernie Sanders on there, too, though he looks increasingly less likely to make even a protest run in 2016, largely due to the enormous amount of money it would take even to be a gadfly.

The party might still have a primary race: former Maryland Gov. Martin O’Malley looks ever more serious about running; I talked to him on Thursday. But all most journalists seem to care about is whether O’Malley will attack Clinton for her email practices. Some point to his endorsed candidate for governor losing last November as evidence he’s not a “serious” candidate. So this is how it works: Pundits lament the lack of a serious inter-party debate, while ignoring the guy who’s trying to foment one, because they don’t consider him “serious.” And we wonder why the public distrusts the media as much as politicians.

Greg Sargent wrote a kind post about my O’Malley interview that got me to thinking about the sad way most of the media are covering 2016: I realize we don’t exactly know where Clinton stands on reinstating Glass Steagall, or raising the overtime-pay threshold, or capital gains tax rates, or even over Obama’s Iran negotiations, but we know all about her unorthodox email set-up. At the very least, O’Malley could force these issues to the forefront of debate, even if journalists don’t seem to care much about them.

And if for some reason Clinton didn’t run, as Bernstein notes, the party would have plenty of great candidates. I’d gladly match up Warren, Gillibrand, Brown or Patrick with Senators Marco Rubio, Rand Paul, Ted Cruz or Gov. Scott Walker. Those Republicans only came to look “presidential” (in some quarters) because they started making noise about running. And even with the GOP’s widely touted (and thoroughly mythical) “deep bench,” the party’s donors still drafted Jeb Bush. Who has his own email troubles, by the way, and whose standing with Republican voters has actually dropped since he announced he was seriously exploring a 2016 run.

But one party is in crisis, and the other is supposedly thriving. Got it.