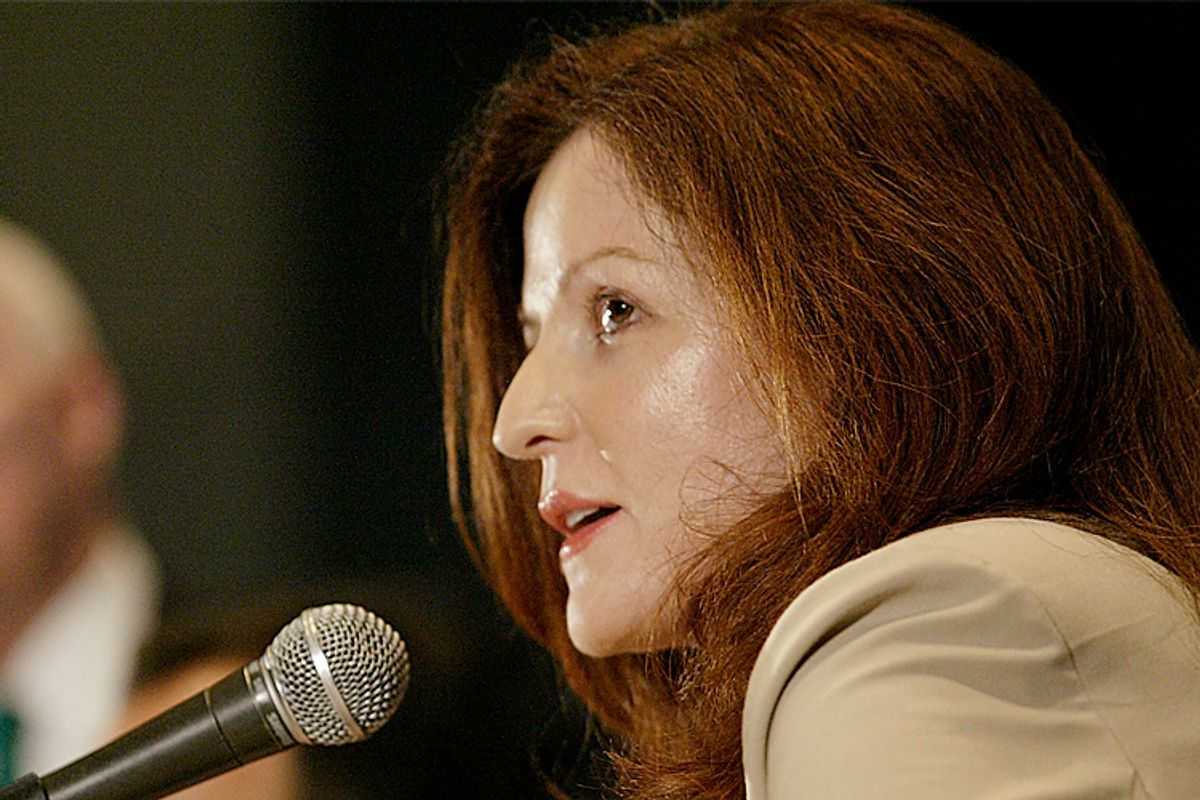 If anything, Maureen Dowd is a good storyteller. In her column for the New York Times this weekend, Dowd writes a scathing open letter (on behalf of America!) intended to teach Hillary Clinton a lesson about "our constitutional system." Instead, though, the columnist offers up another revisionist history lesson that conveniently leaves out her role in perpetuating horrible media backlash against Monica Lewinsky, the demise of whom Dowd blames squarely on the Clintons.

Let's have a look at how Dowd remembers Lewinsky's public persona developing in the wake of her presidential scandal (emphasis mine):

When the Rogue State of Bill began demonizing Monica Lewinsky as a troubled stalker, you knew you could count on the complicity of feminists and Democratic women in Congress. Bill’s female cabinet members and feminist supporters had no choice but to accept the unappetizing quid pro quo: The Clintons would give women progressive public policies as long as the women didn’t assail Bill for his regressive private behavior with women.

The take echoes Dowd's early responses to the scandal in 1998, when she also charged the Clinton administration of throwing Lewinsky under the bus for the sake of the president's reputation. But, as Slate's Amanda Hess detailed last year in a review of Dowd's Lewinsky-related columns (of which there are so, so many), it would be a downright lie to say Dowd refrained from portraying the former White House intern as a slut:

It didn’t take long for Dowd to buckle under the power of the Clinton narrative and join the pile-on herself. By February, she was calling Lewinsky “a ditsy, predatory White House intern who might have lied under oath for a job at Revlon” and “the girl who was too tubby to be in the high school ‘in’ crowd.” At first, Dowd attempted to pass this nastiness off as a sly, satirical commentary on the caricature of Lewinsky that the Clinton administration had painted in the press. But soon, the artifice disappeared, and Dowd devoted her column to arguing that, come to think of it, Lewinsky was both nutty and slutty. [...]

By June, no level of Lewinsky news was beneath Dowd’s scorn. She wrote that Lewinsky’s Vanity Fair photo shoot had “shades of JonBenet Ramsey” and that “It appears that there's one thing Monica has immunity from: brains.” That same month, Dowd happened to run into Lewinsky while both were dining at Washington’s Bombay Club, so she transcribed the contents of Lewinsky’s dinner plate (“veggie appetizers and chicken tandoori”) and claimed that her presence at the White House–adjacent restaurant “suggested the former intern was still trying to grab the President's attention, like some love-struck teen-ager, loitering outside Billy Clinton's biology class.”

But no, according to Dowd, it was entirely the "Rogue State of Bill" that set Lewinsky's reputation aflame. It makes for a nice story that Dowd has now told more than once.