"These animals are coming in really desperate" 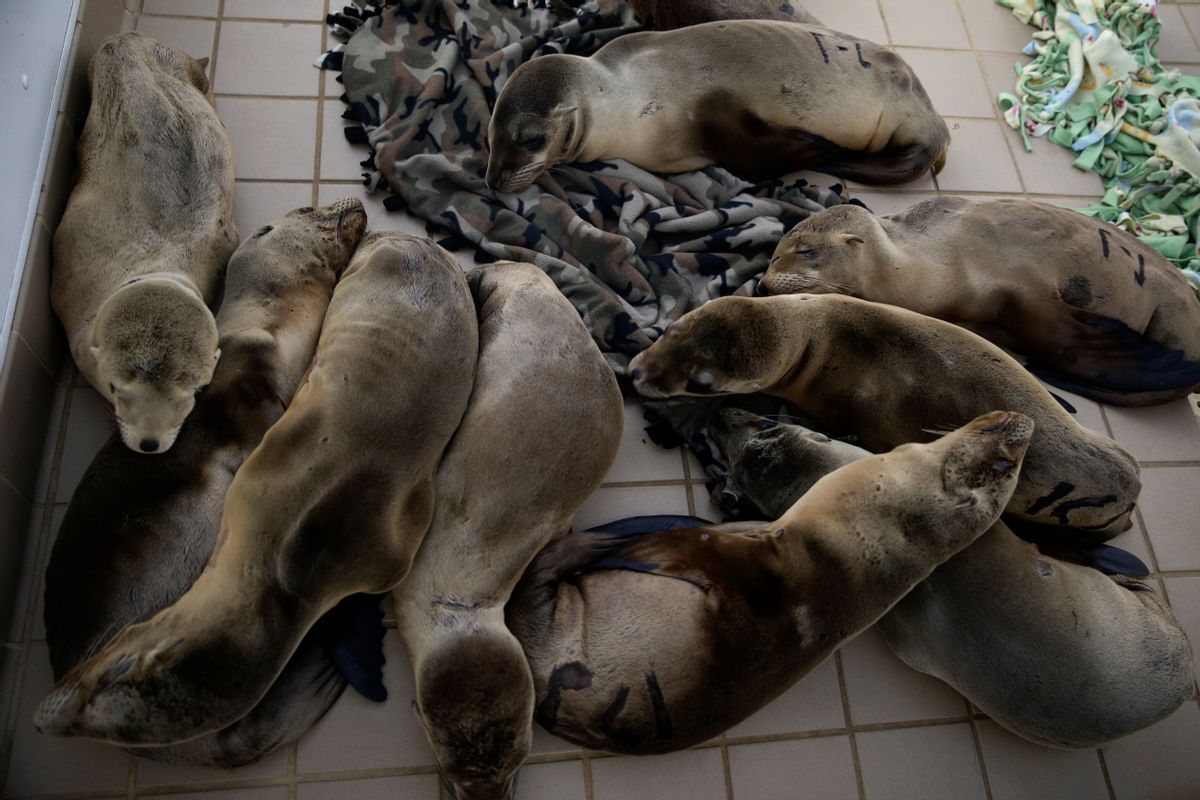 Rescued sea lion pups rest in a holding pen at the Pacific Marine Mammal Center, Monday, March 2, 2015, in Laguna Beach, Calif. Since January, more than 1,100 starving and sickly sea lion pups have washed up along Californias coast. Rescue centers have taken in about 800 but are stretched thin by the demand. (AP/Jae C. Hong)
--

Over 1,450 emaciated sea lion pups have washed ashore in California in 2015, sparking concern among conservationists and putting a strain on nearby animal rescue centers. While some sea lions are found on beaches every year, this year, the number is already five times higher than it was in 2013, the worst season in recent history.

"These animals are coming in really desperate. They're at the end of life. They're in a crisis ... and not all animals are going to make it," said Keith A. Matassa, executive director of the Pacific Marine Mammal Center in an interview with the Associated Press.

Experts suspect that unusually warm waters are driving fish and other food away from the coastal islands where sea lions breed and wean their young. As mothers spend time away from the islands hunting for food, hundreds of starving pups are swimming away from home and flopping ashore from San Diego to San Francisco.

Many of the pups leaving the Channel Islands, an eight-island chain off the Southern California coast, in a desperate search for food. But they are too young to travel far, dive deep or truly hunt on their own, scientists said.

In an interview with Think Progress, Dr. Andrew Trites, a marine mammal expert, said, "When you get warm ocean surface waters that replace cool nutrient-rich waters, animals do starve." This is because the food sea lions generally eat (anchovies and sardines, among others) prefer cooler waters.

"Unfortunately, the young animals pay the price," he continued. "If the food is short, mothers can prove [sic] enough to keep themselves going, but can't eat enough to produce the extra energy to make milk."