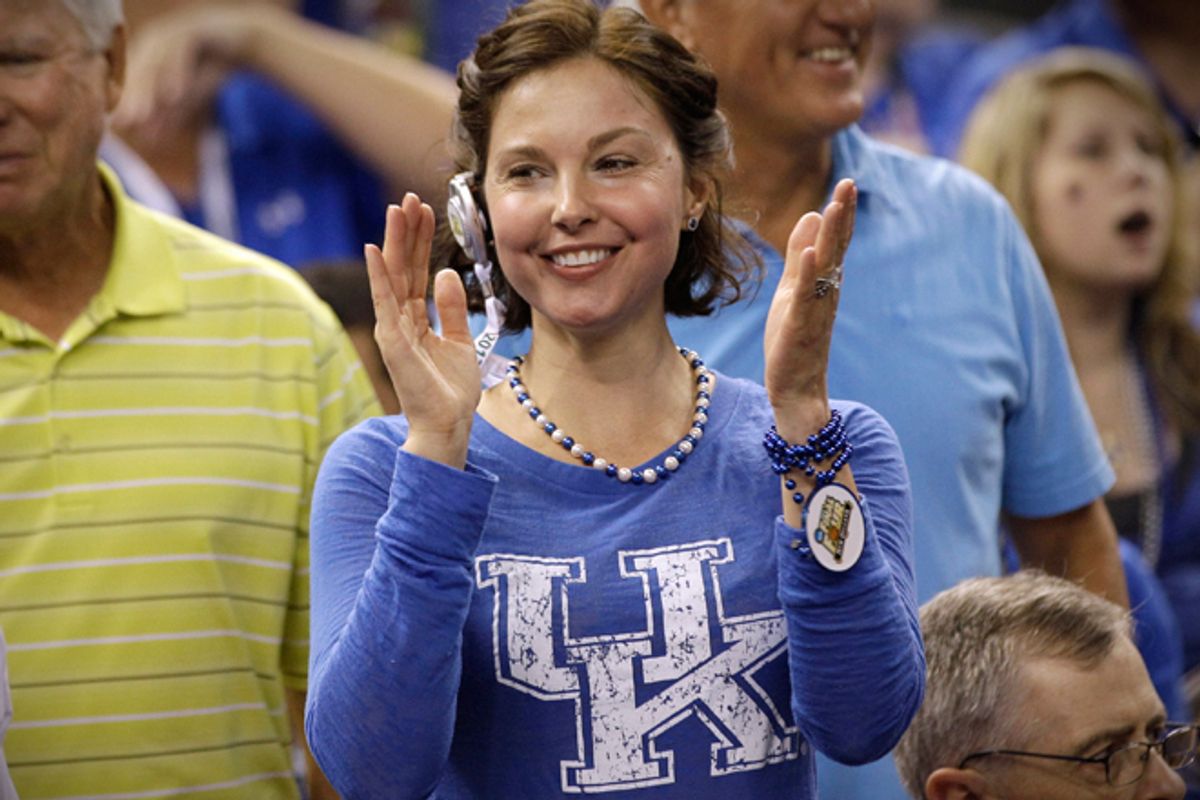 Ashley Judd, like so many women on the Internet, has faced extreme harassment online. But over the weekend, the actress -- who happens to be a well-known University of Kentucky Wildcats fan -- was the victim of an even more radical brand of trolling than usual, because she dared to tweet about sports.

On Sunday, after tweeting that she believed the Arkansas Razorbacks were "playing dirty" against the Wildcats, Judd was targeted and threatened with a barrage of explicit messages, some of which called her a "cunt" and others that encouraged her to "go suck a dick." She retweeted examples on her own account to take a stand:

When when I express a stout opinion during #MarchMadness I am called a whore, c---, threatened with sexual violence. Not okay.

I am sorry to retweet but this is a typical example. “@Leeroy_MAX: .@AshleyJudd Go suck on Cal's two inch dick ye Bitch whore.”

But that's not all Judd is doing to fight off the trolls. Already an outspoken advocate for efforts to stop gender-based harassment online, the star told MSNBC over the weekend that she plans to pursue legal action against her March Madness harassers.

"Everyone needs to take personal responsibility for what they write, and [for] not allowing this misinterpretation and shaming culture on social media to persist," Judd said. "And by the way, I'm pressing charges."

And, in an interview with "Today" on Monday, Judd reiterated that this sort of trolling isn't new for her -- but it is most certainly sexist. "The amount of gender violence I experience is absolutely extraordinary," she said. "A significant part of my day today will be spent filing police reports at home about gender violence that is directed at me on social media."

Watch Judd on "Today" below: