Jon Stewart demolishes anti-gay marriage groups: Even Walmart thinks you're "out there" 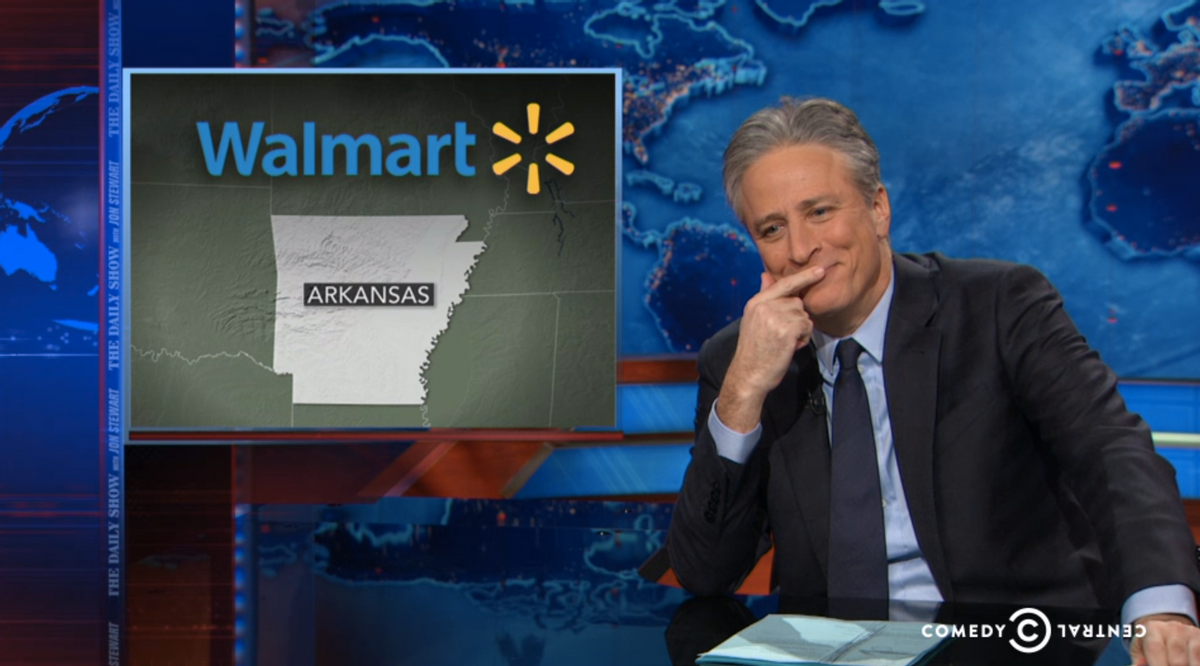 When most look at a map of states that have legalized same sex marriage they think "equality!" -- but as Jon Stewart pointed out on Monday's "Daily Show," there's always a vocal little group of people who see a virus. Kind of like that scene from 1995's "Outbreak."

Stewart devoted Monday's "Meth Labs of Democracy" segment to this vocal little group of legislators pushing back against the rapidly spreading "virus" and attempting to find bizarre loopholes in the system to deny people their basic human rights.

Stewart slammed the eighteen states proposing religious freedom laws which aim to protect those who've been discriminated against. Like, Christian florists, for example -- the real victims here. The anchor also took a swing at the ridiculous  "Intrastate Commerce Improvement Act" in Arkansas which pushes back against recent efforts to protect LGBT community members. (Note: In Arkansas, it's perfectly legal for a company to fire an employee based on sexual orientation.)

"The Intrastate Commerce Improvement Act -- I think I know how that happened," Stewart chimed in. "Hey, you think people are going to have a problem with this new 'It's Okay To Still Discriminate Against Gross Gay People Act'? Why risk it -- let's look up a name in our big book of 'Bulls**t Names You Can Call Laws.'"

Even Walmart has voiced outrage over the act -- claiming "it runs against its beliefs and sends the wrong message about Arkansas." "Here's a clue," Stewart said. "That you might be on the wrong side of history when even the company that had to be convinced not to lock up their Mexicans in their stores overnight, thinks you're out there."