Starbucks should have #KnownBetter: 7 horrible Twitter fails by major corporations 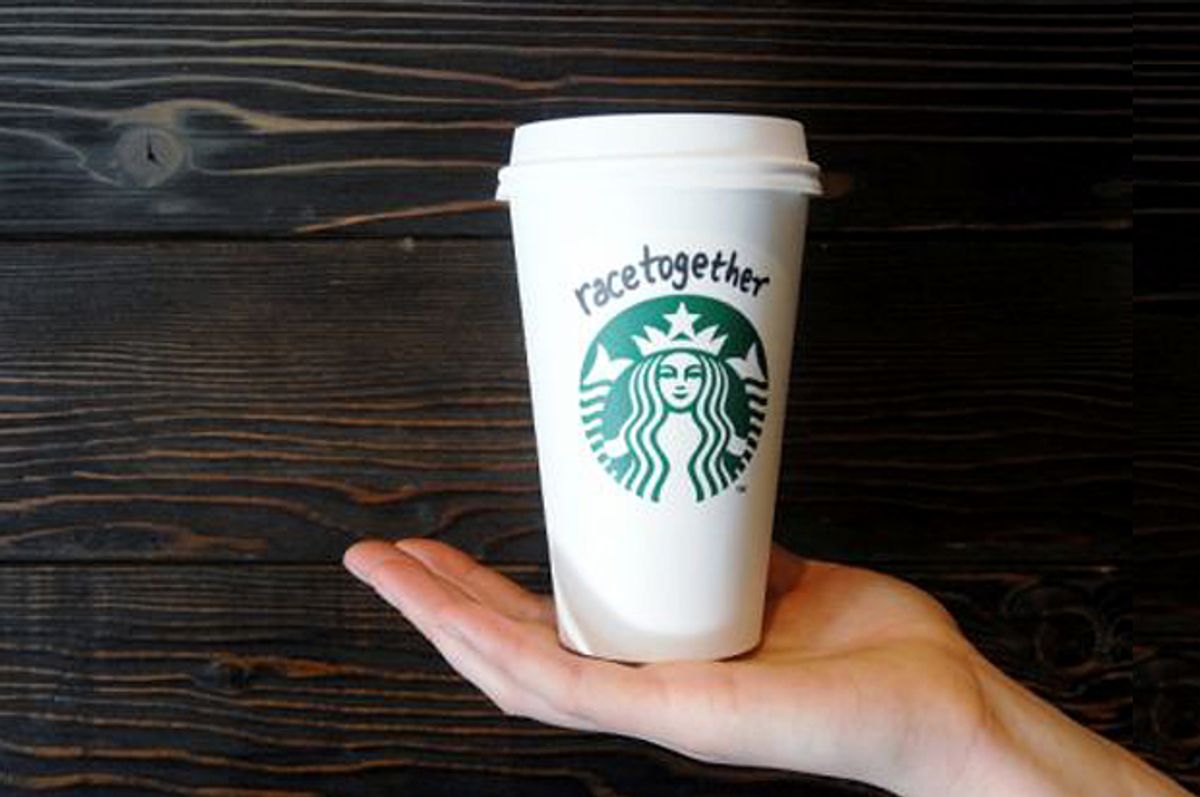 On Monday, Starbucks and USA Today announced a joint venture to solve the issue of racism in America, with a Twitter hashtag.

Their #RaceTogether campaign was quickly hijacked by Twitter users who were rightfully skeptical of Starbucks CEO Howard Schultz's motives. How exactly could a coffee corporation think it was capable of instituting a nationwide racism-awareness program? And why did it think it had a right to?

But Starbucks isn't the only conglomeration trying to authentically rap with the youth of America through social media. And, as we've learned time and time again, it is the exception-- not the rule -- for brands to successfully execute a hashtag campaign without alienating large swaths of consumers in the process.

Here are seven campaigns that Starbucks should have reviewed before its latest P.R. gaffe:

The soft drink giant launched this campaign in a commercial during this year's Super Bowl in an effort to combat cyber-bullying and general cyber-nastiness. As part of the campaign, Twitter users were supposed to reply to negative tweets with the hashtag #MakeItHappy, and Coke would turn the mean comments into ASCII art and tweet it out from the company's official account. Gawker Media took advantage of the campaign to make Coca-Cola look like the out-of-touch asshole company that it is by testing if it would tweet the first four paragraphs of Adolf Hitler's autobiography "Mein Kampf." Of course, it did.

On January 18, 2012, the official McDonald's Twitter account tweeted out two messages with the hashtag #McDStories. Both tweets painted the picture of a food company dedicated to supporting its employees and suppliers with integrity and a sense of pride.

Theoretically, the hashtag would explode with love for the chain that has given the country Type 2 Diabetes. It didn't. Instead, people tweeted about how much weight they had lost after quitting their job at the chain, while also detailing multiple counts of food poisoning and shedding light on the company's questionable ingredients.

McDonald's pulled the #McDStories campaign after less than two hours.

When the New England football team's Twitter account hit one million followers, it offered to make "custom digitial Pats" jerseys featuring users' Twitter handles, in exchange for the mere act of a retweet. Everything was going splendidly until a user with a particularly offensive handle got his or her very own personalized jersey — broadcasted by the Patriots' Twitter account.

Another lesson we can glean from this episode, as well as #MakeItHappy? Don't use automated systems.

While the NYPD isn't technically a corporate brand, the nation's largest police force does have a shaky reputation to uphold given recent tensions with civilians. That being the case, it probably wasn't the best idea to start a campaign based on widespread love and affection for the department.

Needless to say, the hashtag solicited photos of various instances of police misconduct and brutality, including one photo of an official motorcycle running over a bystander. Cool!

Another strain of the brand hashtag-gone-awry is deftly demonstrated by the frozen pizza purveyor DiGiorno. Early last September, in what the company's social media director likely thought was a clever co-opting of a trending hashtag, the brand tweeted out the following:

Little did they know — but how could they not know? — the hashtag #WhyIStayed had been created for domestic abuse survivors to share their stories in response to video of NFL player Ray Rice assaulting his wife, Janay.

The brand rapidly deleted the tweet and then apologized individually to people who complained.

In 2011, millions of protesters took to the streets in Cairo, Egypt to demand that authoritarian President Hosni Mubarak relinquish his power. Kenneth Cole, glorified cobbler, tweeted "Millions are in uproar in #Cairo. Rumor is they heard our new spring collection is now available online at http://bit.ly/KCairo -KC."

After receiving heaping criticism for his insensitivity, Cole apologized on his Facebook page: "I apologize to everyone who was offended by my insensitive tweet about the situation in Egypt. I've dedicated my life to raising awareness about serious social issues, and in hindsight my attempt at humor regarding a nation liberating themselves against oppression was poorly timed and absolutely inappropriate."

Still, he seemingly just can't stay away from topical humor and tweeted amidst the Syria crisis:

This is by far the strangest of all brand screw-ups because it makes no sense. In 2013, on the 72nd anniversary of Japan's attack on the Pearl Harbor naval base, SpaghettiOs tweeted: Why? Seriously, why? Not only is it odd for canned children's pasta to tweet about World War II, but that smiling little O looks so smug that any attempts at sincerity are immediately overshadowed by its glib little tongue.

Obviously, people were weirded out. The brand apologized. Still, it succeeded in one way: