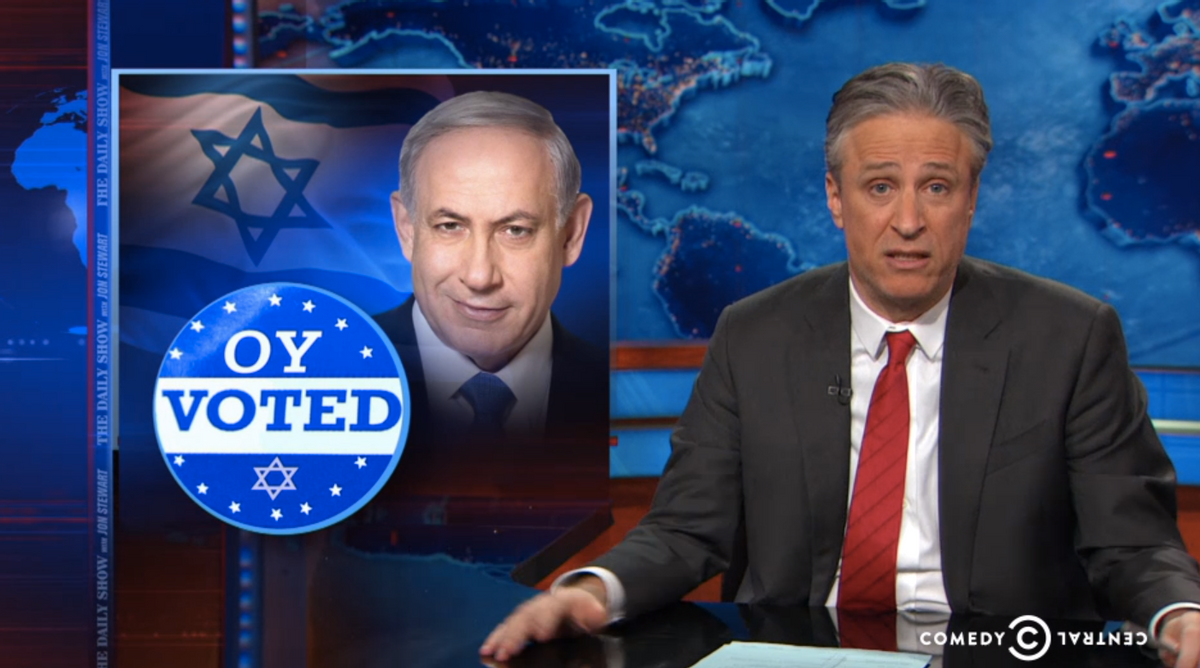 Following Israeli Prime Minister Benjamin Netanyahu's reelection, Fox News commentators all seem to have one burning question: "How long is it going to take President Obama to call Netanyahu?"

John Stewart slammed the Fox News team for this misguided line of inquiry: "You find it interesting that a foreign country’s prime minister — who came to Congress against the White House’s wishes and shits on a nuclear deal the president spent years working on — wouldn’t receive an immediate post-election ‘atta boy?’” Stewart asked.

Meanwhile, in a Facebook video Tuesday, Netanyahu claimed that foreign governments were importing “huge amounts of Arabs” to sway the election. In that video he cited polling statistics from the previous year, stating at 11 a.m. that morning that "10 percent of Israeli Arabs had voted, as opposed to 3 percent at the same time in the last election."

Stewart had some words for the Prime Minister: "How dare you!" How dare you gin up racist fears of minority turnout for short-term political gain. That’s our thing.”