She also said that she thinks Durst is a serial killer 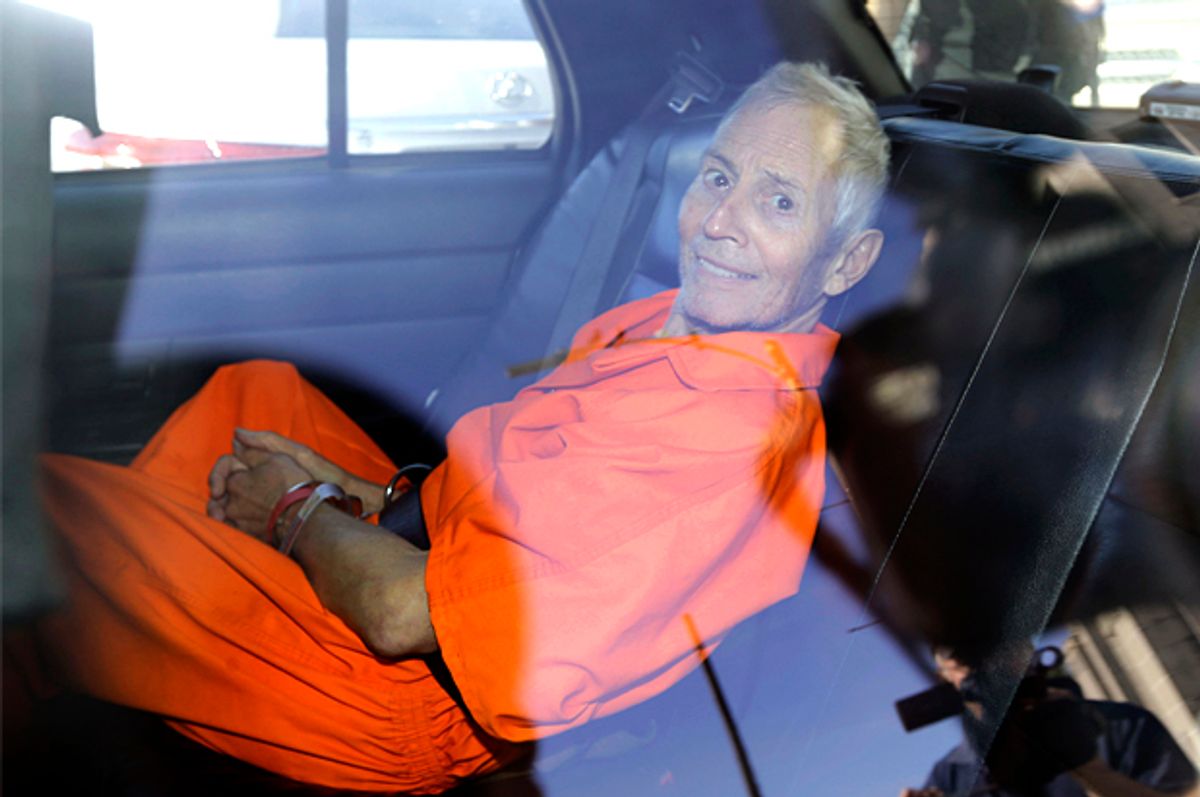 Robert Durst is transported to the Orleans Parish Prison after his arraignment in New Orleans, March 17, 2015. (AP/Gerald Herbert)
--

As expected, more disturbing details continue to unfold in the sordid saga of real-estate Robert Durst, who was recently arrested for the 2000 murder of his friend Susan Berman after seemingly confessing to that, and two other murders, on the season finale of HBO and Andrew Jarecki’s "The Jinx."

Yesterday, Susan Criss, the Judge who presided over Robert Durst’s murder trial in Texas back in 2003, says she thinks that Durst once left a severed cat’s head on her doorstep. As she told Inside Edition: “This was a perfectly clean and preserved cat head cut up by someone who knew what they were doing laying right there.” Criss said she believes that Durst is the one who left the head there, and also that she believes that the real-estate heir is a serial killer.

Criss pointed to his brother Douglas Durst’s allegations in the New York Times that Robert had owned seven Alaskan Malamute dogs — all named Igor — who died mysteriously. “He practiced on those dogs, and that’s where he got some of those skills at cutting people up,” said Criss, referencing a 2001 jailhouse conversation between Durst and his wife where he appeared to use “Igor” as a code for murder. "While he was standing there he thought about ‘doing an Igor.’ And his wife tells him, Debrah tells him, ‘Stop! Stop! Stop, Bob! This is recorded.”

Word to the wise, Bob: When in doubt, it is being recorded.