R.L. Stine wants you to choose the greatest "Goosebumps" of all time

Forget March Madness. Scholastic is hosting a tournament no self-respecting child of the '90s can afford to miss 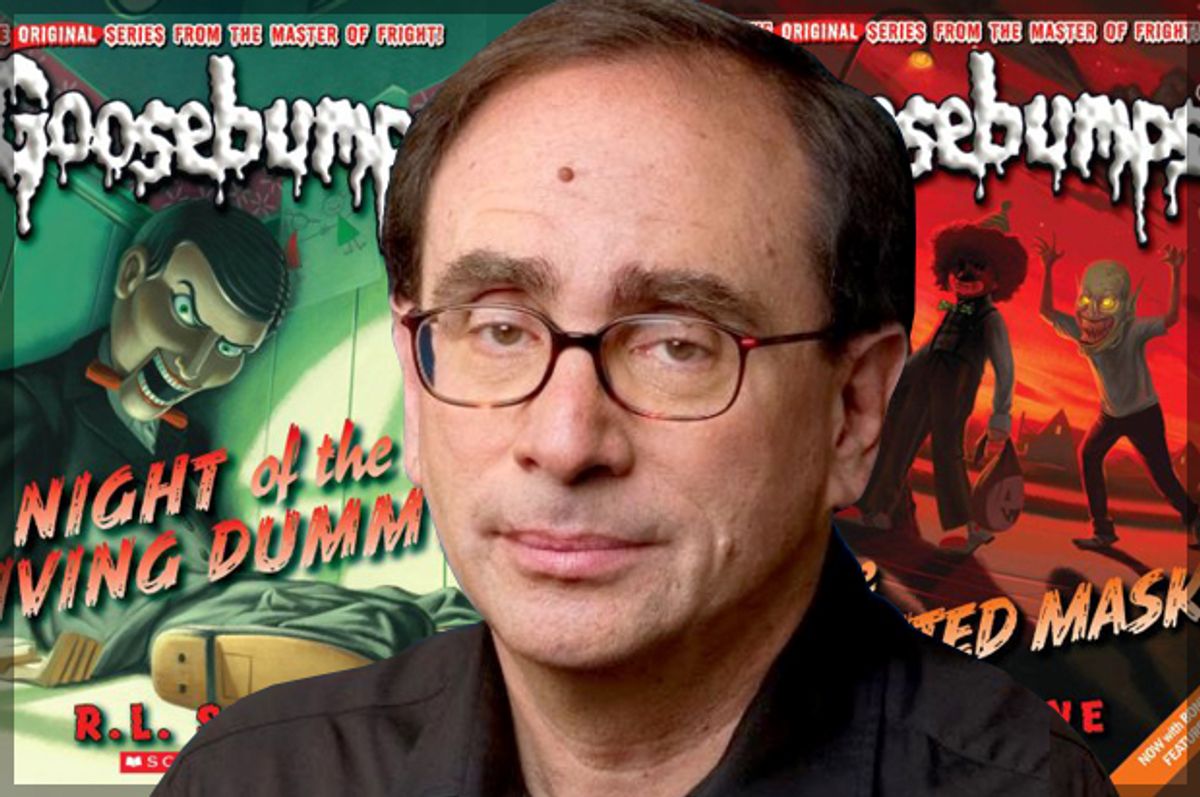 Publisher Scholastic is hosting an epic tournament to choose the best of Stine's spine-tingling hits. Nineties kids, now's your chance to duke it out over whether your favorite Goosebumps book is the scariest.

The official Goosebumps Tumblr is hosting the voting, which features the 62 original Goosebumps books published between 1992 and 1997, plus two more published in 2000.

The match-ups are posted in four divisions: Curly, Slappy, Horrors, and Lawn Gnomes. If this sounds exciting to you, you're probably one of the many kids who devoured Stines' classic scare-fests. And you probably want to head over to the brackets and vote.

Participants can also fill out their Monster Madness bracket and email it to Scholastic to be entered in a contest to predict the winner and highest vote-getters.

The winner of the highest-scoring bracket will receive a signed copy of the book chosen as the Ultimate Goosebumps book, copies of the other 3 books in the top 4, and an exclusive Goosebumps tee shirt!

More from The Daily Dot: "You can build a plane in minecraft that actually flies"

Although we love Goosebumps, we couldn't begin to predict which of the 64 books will take the prize. A quick glance at the series on Goodreads shows that the highest-rated of the books is actually #16, One Day at Horrorland, a book so popular it prompted Stine to return to the setting multiple times and eventually give it a spinoff series, Goosebumps Horrorland.

However, an ongoing reader-created poll on the website to rank the best of the series currently has #7, Night of the Living Dummy, ranked in first. And no wonder—after all, this is the terrifying doll, "Slappy," that gave its name to the "Slappy" division of the challenge and still haunts our dreams.

And then of course, there's #1, Welcome to Dead House, the one that started it all, which has the bonus of popularity—it's the book with the most number of ratings and reader reviews on Goodreads—and nostalgia on its side.

What do you think? Will Dead House go head to head with Horrorland? Will the terrifying dummy take on the killer camera from #4, Say Cheese and Die? Or will something totally unexpected take the crown?

We have no idea, but we'll be biting our nails till the end of the month.