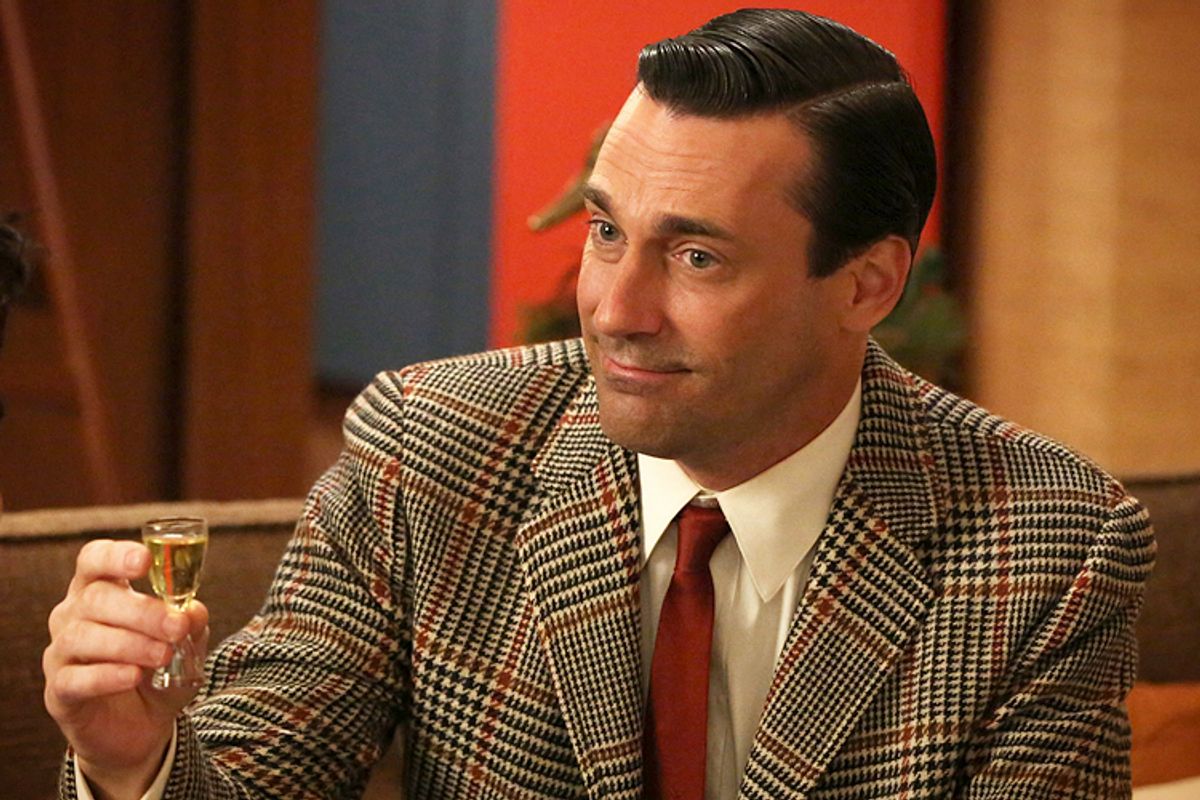 “Mad Men” is ending this summer after a seven season run, and notoriously secretive showrunner Matthew Weiner is keeping his cards close to his chest right up until the end. As Brett Martin's profile of Jon Hamm reveals in the most recent issue of GQ, Weiner had two alternative scripts detailing the show’s ending, and he only revealed the real conclusion to a select few. Here’s the excerpt:

John Slattery, who plays Roger Sterling on the show, received his script for the final episode before shooting began, and read excitedly to the end. What he found there was strangely underwhelming. "I thought, 'Wait, what?' It wasn't as...eventful as you would expect." That was the feeling at the episode's table read, attended by the entire cast and plenty of curious crew. Then, after a pause, Matthew Weiner called out a list of core cast members, most of whom had been on the show since the beginning, and asked them to follow him to his office. There he revealed the real ending.

The rest of the piece covers familiar ground for a Jon Hamm profile, like the fact that Hamm’s not at all like Don Draper in real life (his girlfriend Jennifer Westfeldt calls him “a goofball and a science nerd and a voracious reader and a fanatical Cardinals fan and a comedy geek”) and covering speculation about Hamm’s uncertain future in showbiz. As Hamm puts it:

"Look, the one constant thing I've had in my career is now removed. And that's an eye-opener: Are people still going to take me seriously? Am I just going to do romantic comedies for the rest of my life? What's next? And I don't know, you know? I wish I was smug enough to have had a grand plan. I guess some people would say, 'Okay, the last three years of Mad Men is going to be like this: I want to do a play. I want to do this. I want to do that.' I was just like, 'I want to do something that seems cool.’"

He also revealed Bryan Cranston's advice to him about saying goodbye to the show ‘It’s hard, man. It’s hard to let it go. It’ll hit you a couple of different ways at different times."

Still Hamm doesn't exactly feel sorry for himself: "Whenever people want to talk about how hard it is to be an actor, I want to go, 'Um, it's hard to be a baby-heart surgeon.' Being an actor is actually pretty easy, if you can memorize lines," he says. Despite the ups and downs of playing Don, he describes the whole journey as being "like the greatest obstacle course in the world. A puzzle to figure out."