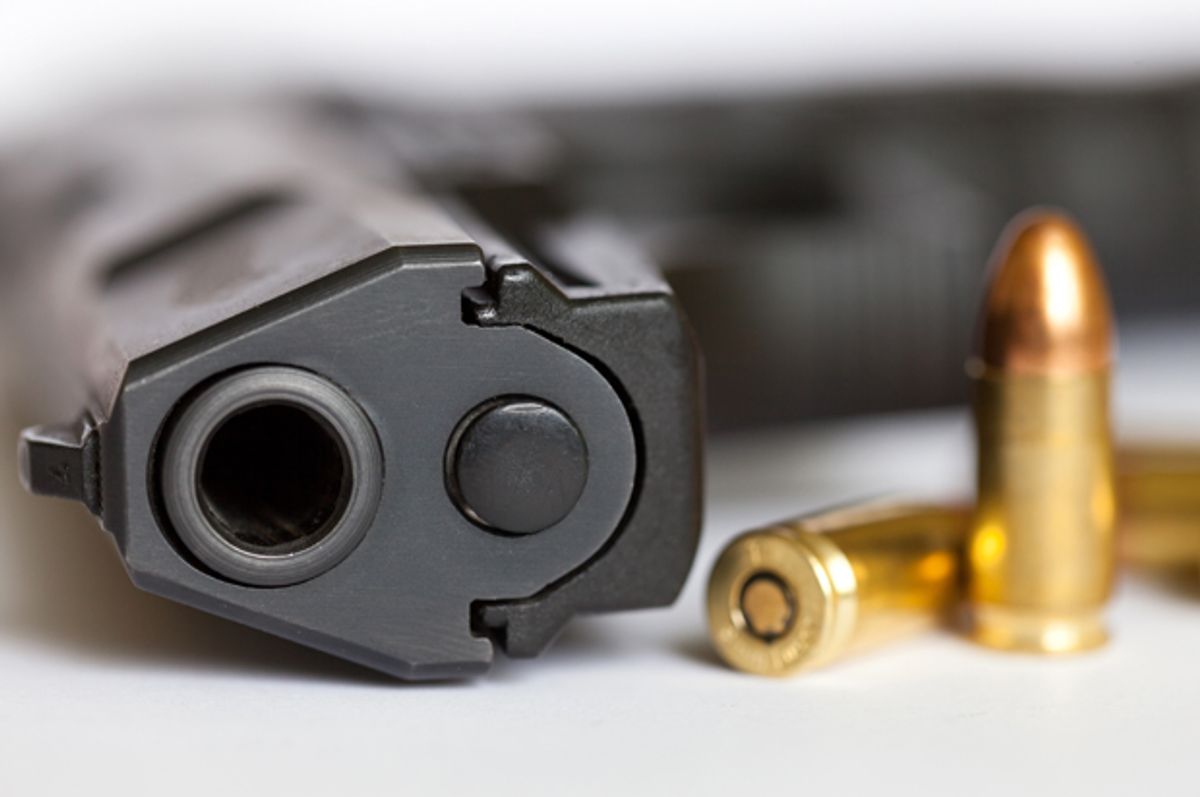 Unfortunately for a select group of bigots but fortunately for humankind, no state could constitutionally (or conscionably) enact a law requiring that LGBT people be executed with a shot to the head. And yet.

The state of California is being forced to allow signatures on the egregious "Sodomite Suppression Act," which was proposed by lawyer and (need we mention?) anti-LGBTQ advocate Matt McLaughlin last month. The measure would punish "the abominable crime against nature known as buggery, called also sodomy" with a bullet to the brain (or death "by any other convenient method"), and also mandates a decade imprisonment plus permanent relocation from California for anyone who advocates LGBTQ rights to an audience that includes minors. The initiative requires 365,000 valid signatures to make it to next year's ballot, which it is absolutely not expected to receive.

Once the sponsor has paid the required fee, state law directs the attorney general to prepare a title and a maximum 100-word summary of the initiative and forward it to the secretary of state for a 90-day period of public signature-gathering. The secretary of state’s website says Harris is scheduled to take those actions by about May 4.

Does she have the power to refuse if the measure is patently unconstitutional? Harris isn’t saying; her office did not return repeated phone calls. But some veteran practitioners of election law said they don’t think so.

“The statute is clear: that the office has to prepare a summary provided the proponents have paid $200 and followed the right procedures,” said attorney Robert Stern, author of the state’s 1974 Political Reform Act. He said he’s never heard of a case in which the attorney general refused to issue a title and summary.

Some legal experts and LGBT advocates have suggested Harris pursue a "human rights exception" to avoid circulating the petition, while others have implemented more innovative strategies to combat McLaughlin's proposal. One activist, Charlotte Laws, introduced the "Intolerant Jackass Act," which would punish the "abominable crime known as prejudice against sexual orientation" thusly (via Slate):

c) Any person, herein known as an "Intolerant Jackass," who brings forth a ballot measure that suggests the killing of gays and/or lesbians, whether this measure is called the Sodomite Suppression Act or is known by some other name, shall be required to attend sensitivity training for at least three (3) hours per month for twelve (12) consecutive months. In addition, the offender or "Intolerant Jackass" must donate $5000 to a pro-gay or pro-lesbian organization.

Other opponents of McLaughlin's measure, such as State Sen. Ricardo Lara, are also attempting to have the lawyer disbarred, claiming his proposal does not do much to illustrate he has the "good moral character" required of California attorneys. "I support freedom of speech,” Lara told the Chronicle, “but calling for state-sanctioned execution of a protected class calls into question the proponent’s character and judgment." Indeed.