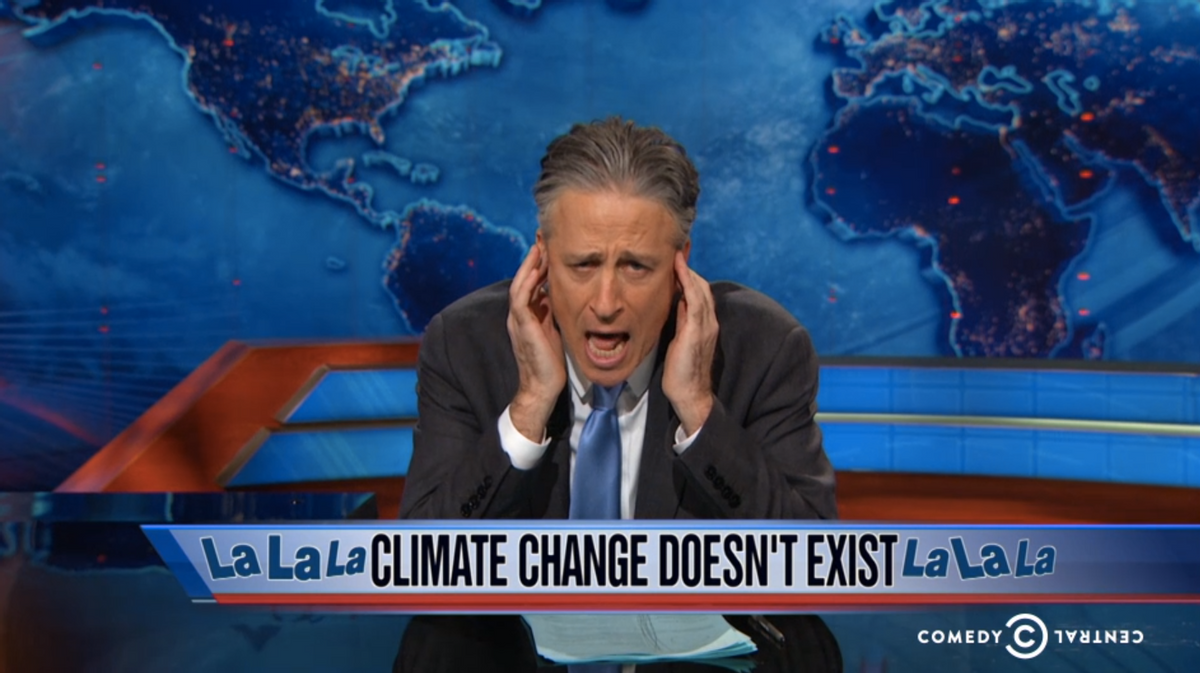 Earth just experienced its warmest winter on record, and some states -- particularly the phallic-shaped ones, as Jon Stewart smartly pointed out on Wednesday's "Daily Show" -- are dealing with the news in absurd ways. Florida, for example, has banned the phrase "climate change" which has, in turn, created some painfully awkward moments for Florida officials.

However, state officials tell a very different story: Those who've spoken out have indicated that they were forced to use euphemisms in place of the term such as "nuisance flooding."