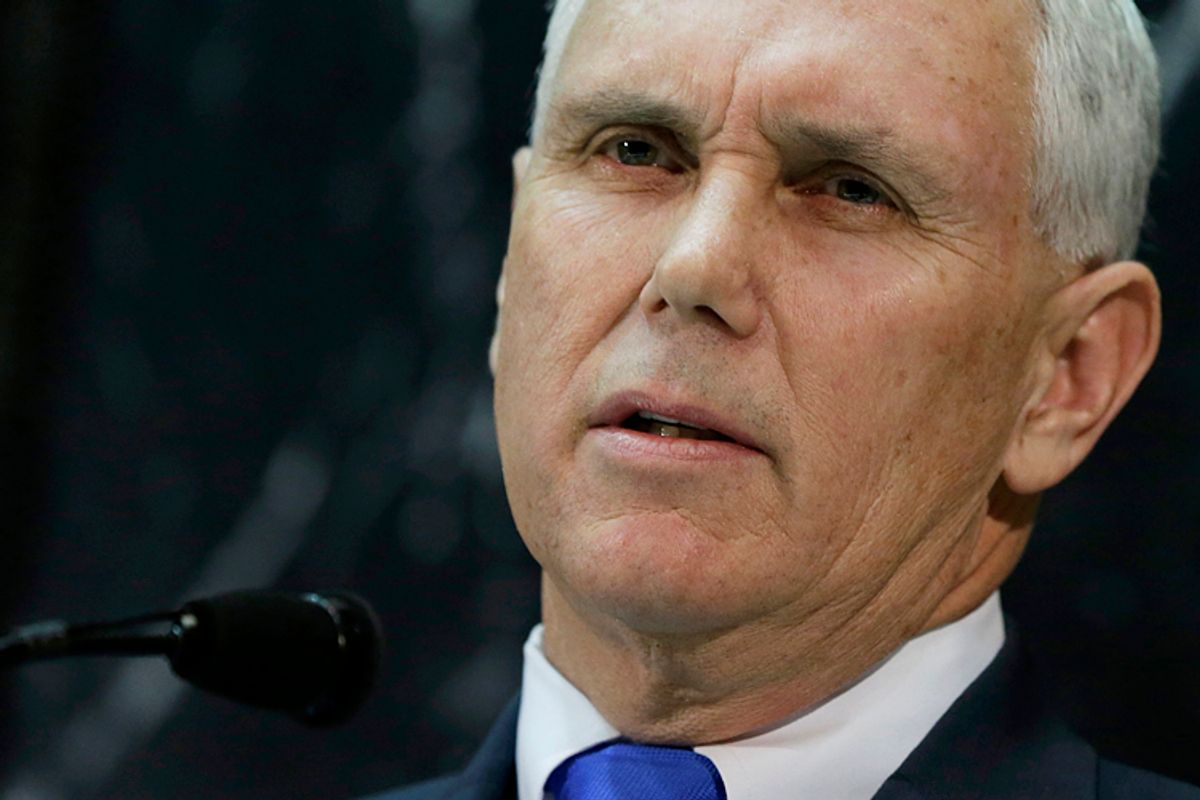 Overruling objections by everyone from Indiana business leaders to actor George Takei, GOP Gov. Mike Pence on Thursday signed legislation that will allow individuals and businesses in the state to deny services to LGBT people on "religious liberty" grounds.

"The Constitution of the United States and the Indiana Constitution both provide strong recognition of the freedom of religion, but today, many people of faith feel their religious liberty is under attack by government action," Pence said in signing the law.

Although Pence, a fervent social conservative, had signaled earlier this week that he would sign the legislation, LGBT rights advocates hoped to derail it with a last-ditch pressure campaign. Leading corporations in the state -- including Salesforce and Cummins -- came out against the measure, arguing that sanctioning anti-LGBT discrimination would damage the state's reputation and its ability to recruit a talented workforce. Takei, meanwhile, vowed to boycott the upcoming GenCon gaming convention in Indianapolis if Pence signed the legislation, and GenCon's CEO warned the governor that the legislation "will factor into our decision-making on hosting the convention in the state of Indiana in future years."

The Disciples of Christ, a liberal denomination, joined the outcry, declaring that it would relocate its General Assembly, which was slated to be held in Indianapolis in 2017.

The legislation Pence signed bars states and localities from "substantially burdening" individuals' religious freedoms in the absence of a compelling government interest. Lawmakers throughout the country have proposed such "religious liberty" measures with the intent of allowing business owners and individuals to discriminate against LGBT people on religious grounds.

Laws like Indiana's promise to serve as rallying cries for the religious right in the years to come, as conservatives grapple with the imminence of nationwide marriage equality and seek other ways to undermine legal protections for the LGBT community. Among the Republicans vouching for such measures is likely GOP presidential contender Jeb Bush, who told reporters in Atlanta last week that "people have a right" to "act on their faith" when it comes to providing services to LGBT individuals.