"Make me the villain of your next book": Maine governor fires back at Stephen King 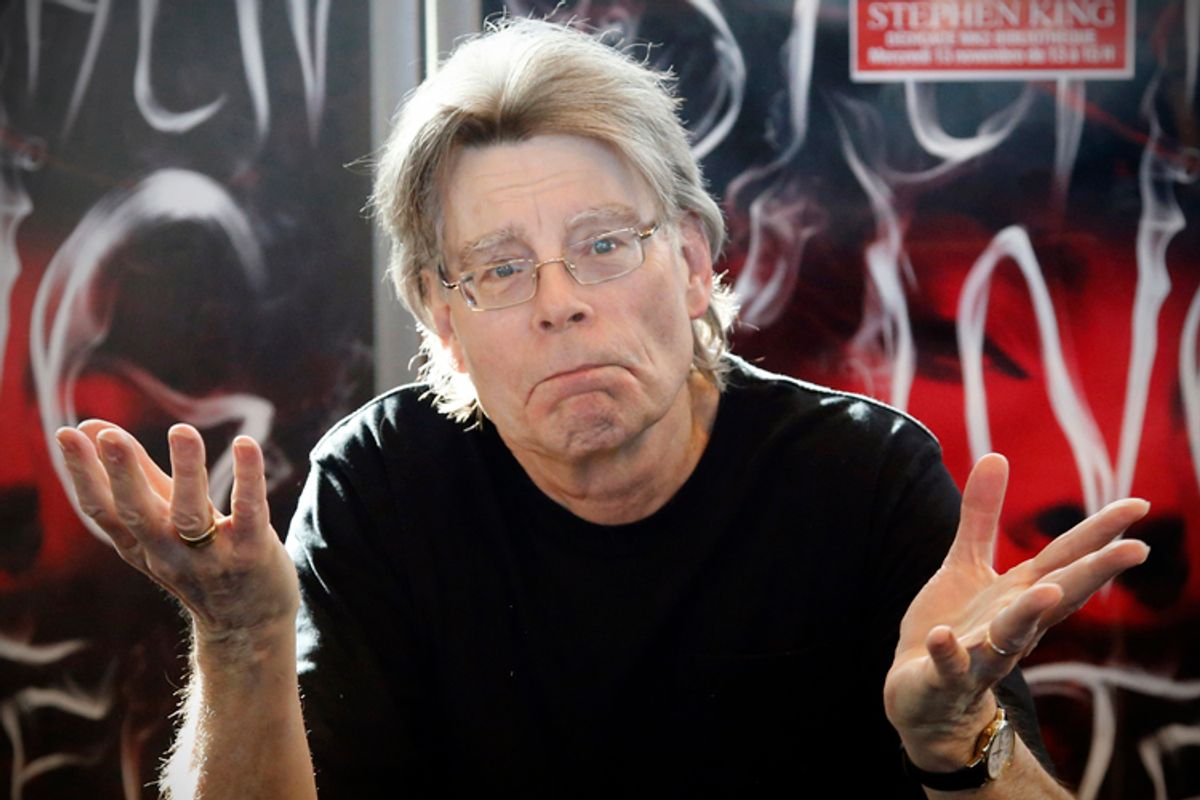 Maine Gov. Paul LePage is refusing to apologize for falsely insinuating that Stephen King no longer pays taxes in the state, but he did make the bestselling author an acerbic offer: "Just make me the villain of your next book, and I won’t charge you royalties."

The current dispute between King and the Tea Party Republican stems from LePage's assertion in a radio address last week that King and a number of other prominent Mainers had abandoned the state because of its income tax, which LePage wishes to repeal.

King, who owns two homes in the state in addition to another residence in Florida, quickly fired back, tweeting that he pays "[e]very cent" of his taxes and calling on LePage to "man up and apologize."