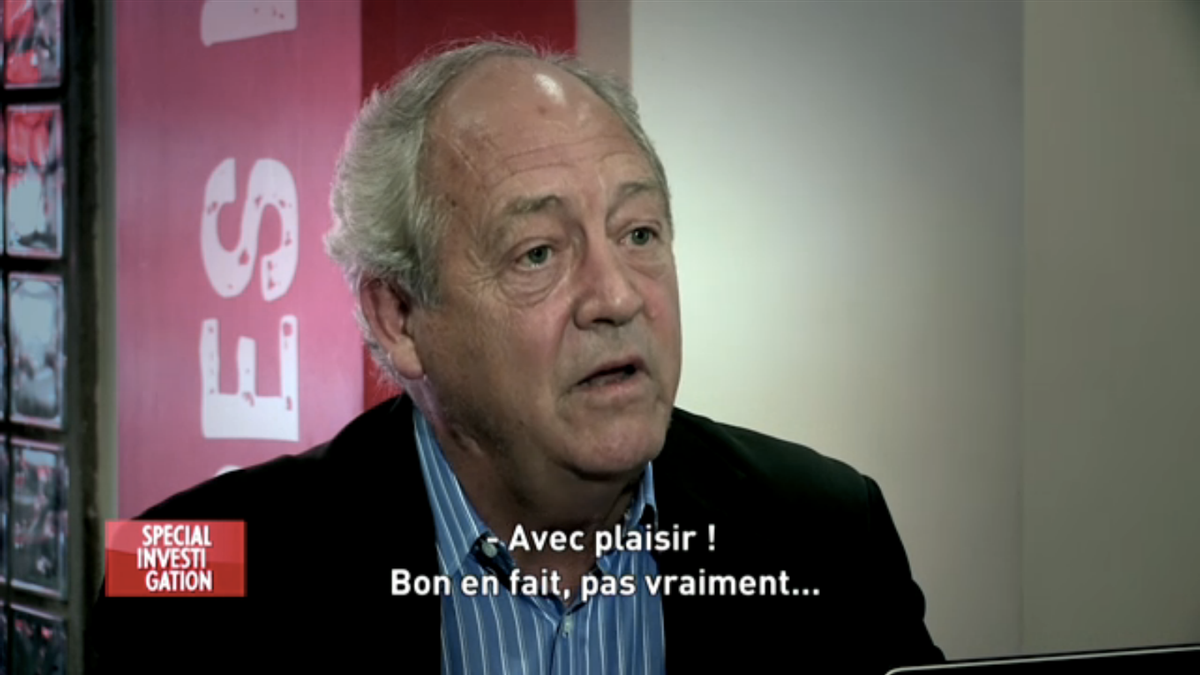 On Friday, the World Health Organization's International Agency for Research on Cancer (IARC) declared the herbicide glyphosate to be a substance that is "probably carcinogenic." Glyphosate, more commonly known by its commercial name Roundup, is the primary weed killer used by agriculture giant Monsanto. This news is a problem for them.

French news channel Canal+ has recently aired a preview of an upcoming documentary featuring Monsanto lobbyist Dr. Patrick Moore arguing that Roundup is definitely not cancerous. But Moore is unwilling to back up his claims.

"You can drink a whole quart of it and it won't hurt you," he says.

"You want to drink some?" asks the interviewer. "We have some here."

"If you say so, I have some," the interviewer insists.

"It's not dangerous to humans," Moore says, adding that some people try to commit suicide by drinking the substance but that they usually fail. "I'm not an idiot."

Moore then abruptly finishes the interview and marches off set. Watch the clip, which is in French, below: