Is Iran a U.S. ally or an adversary? Depends which country you're talking about 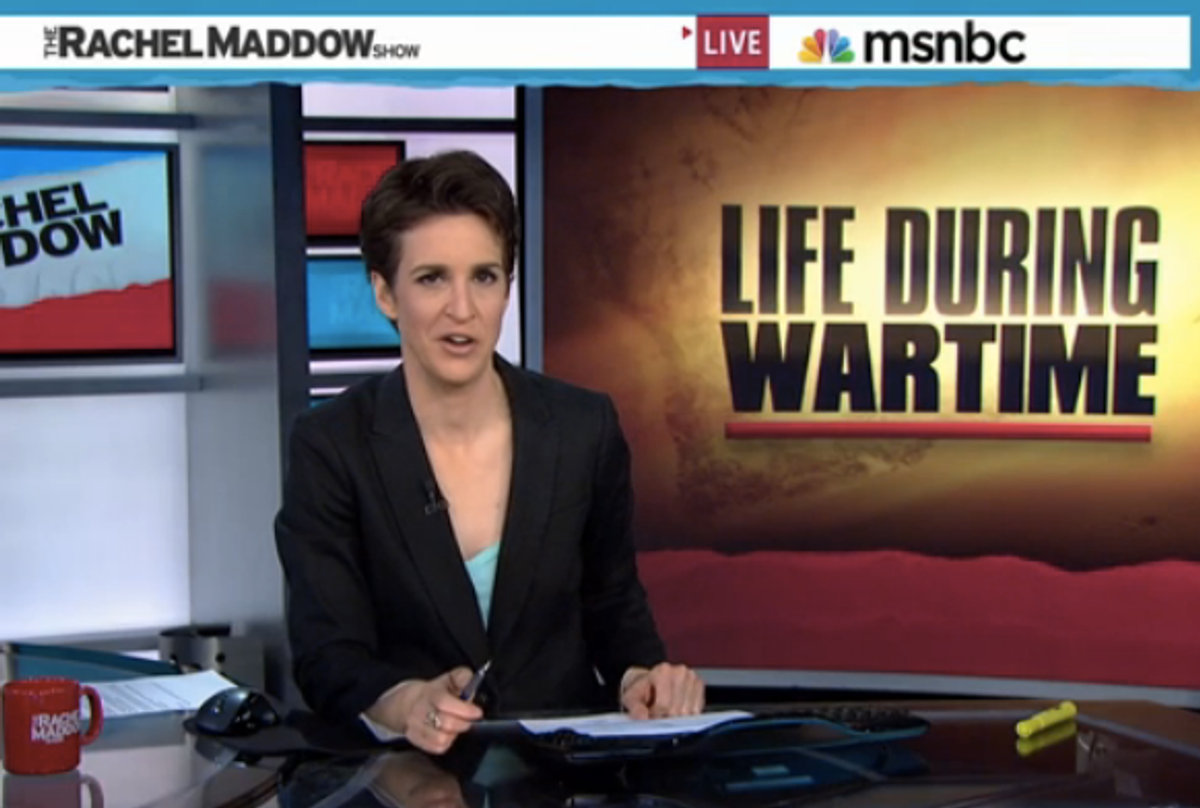 Pause for a moment to consider the irony of this scene: As Secretary of State John Kerry was in Switzerland on Thursday meeting with Iran's foreign minister in an effort to reach an agreement curbing Iran's nuclear program, Kerry also participated in a conference call with Saudi Arabia and other Gulf states to support their recently-launched operation against the Iranian-backed Houthi militants who have seized power in much of Yemen.

That awkward dance -- attempting to reach a diplomatic breakthrough with Iran at one moment, working at cross-purposes at another -- only begins to illustrate America's incredibly convoluted relationship with the country, a topic discussed on last night's "Rachel Maddow Show" on MSNBC.

As Maddow noted, even as Iran and the U.S. take different sides in Yemen, they're effectively allied against the Islamic State militant group, also known as ISIS or ISIL, in Iraq and Syria.

"The U.S. is bombing in Tikrit in support of a three-week-old operation against ISIS there that has been undertaken mostly by Shiite fighters being led mostly by Iran’s Revolutionary Guard," Maddow observed. Further complicating the picture: Revolutionary Guard forces fought against U.S. troops during the occupation of Iraq.

"Given our relationship with Iran, us fighting ISIS while Iran is fighting ISIS — that is weird enough. But American forces actually participating alongside Iran in the exact same battle? That is more cognitive dissonance than U.S. officials are prepared to explain away," Maddow continued.

Speaking with Maddow, NBC News foreign affairs correspondent Richard Engel pointed out that the situation is even more labyrinthine in Syria, where the U.S. and Iran both oppose ISIS, but Iran backs the government of dictator Bashar al-Assad, whom the U.S. insists must leave power.

Watch the segment below, courtesy of MSNBC: