Wanna make a bet about whether they drink? 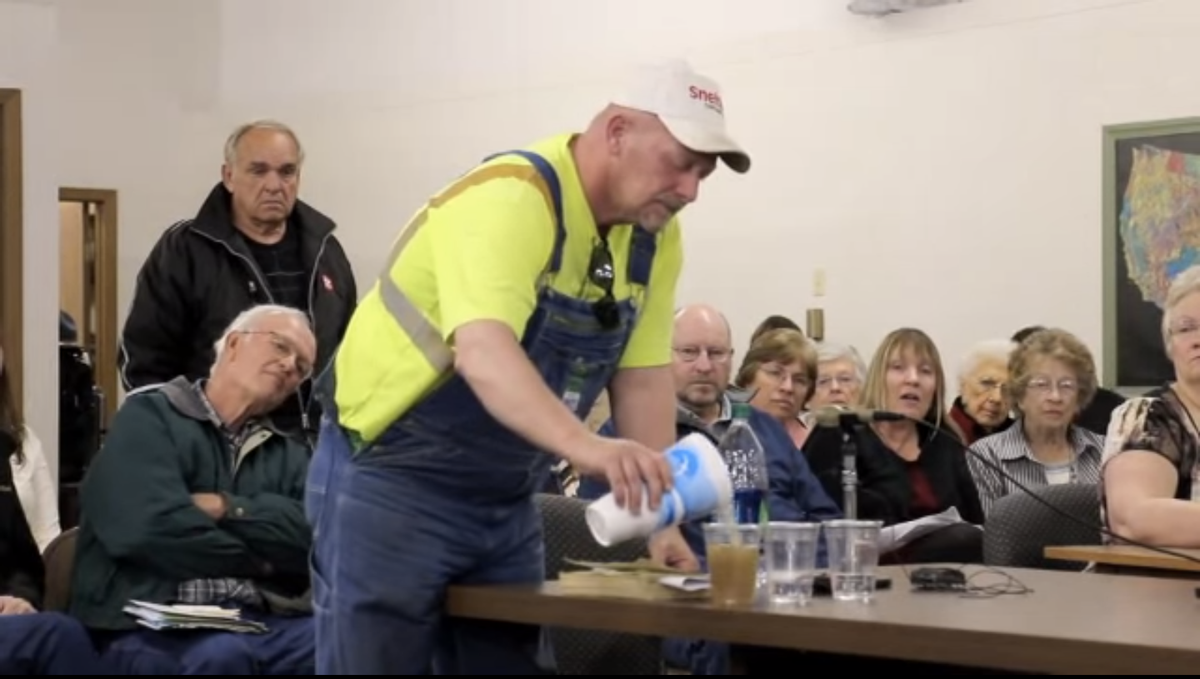 "You told me this morning when I was in here... that you would drink this water," he says to the commission. "So, would you drink it?"

After a pause, someone replies, "Sir, we [can't] comment on this."

Most of the injected fluid is brine produced when oil and natural gas are extracted from the earth. Much of the salty water for the Terex site would come from oil and gas wells in Nebraska, Wyoming and Colorado developed with hydraulic fracturing, or fracking.

Andy Peterson of Golden, Colorado, a petroleum industry consultant, said the Terex well’s five layers of steel and cement provide a level of protection to freshwater supplies that doesn’t exist in 90 percent of the state’s disposal wells, all of which have operated without leaking into aquifers.

A total of 50 people spoke at the hearing, with all but three being against the project.
Watch the video below: