Finding work has been hard ever since he gained notoriety, so the 28-year-old has started camming with his wife 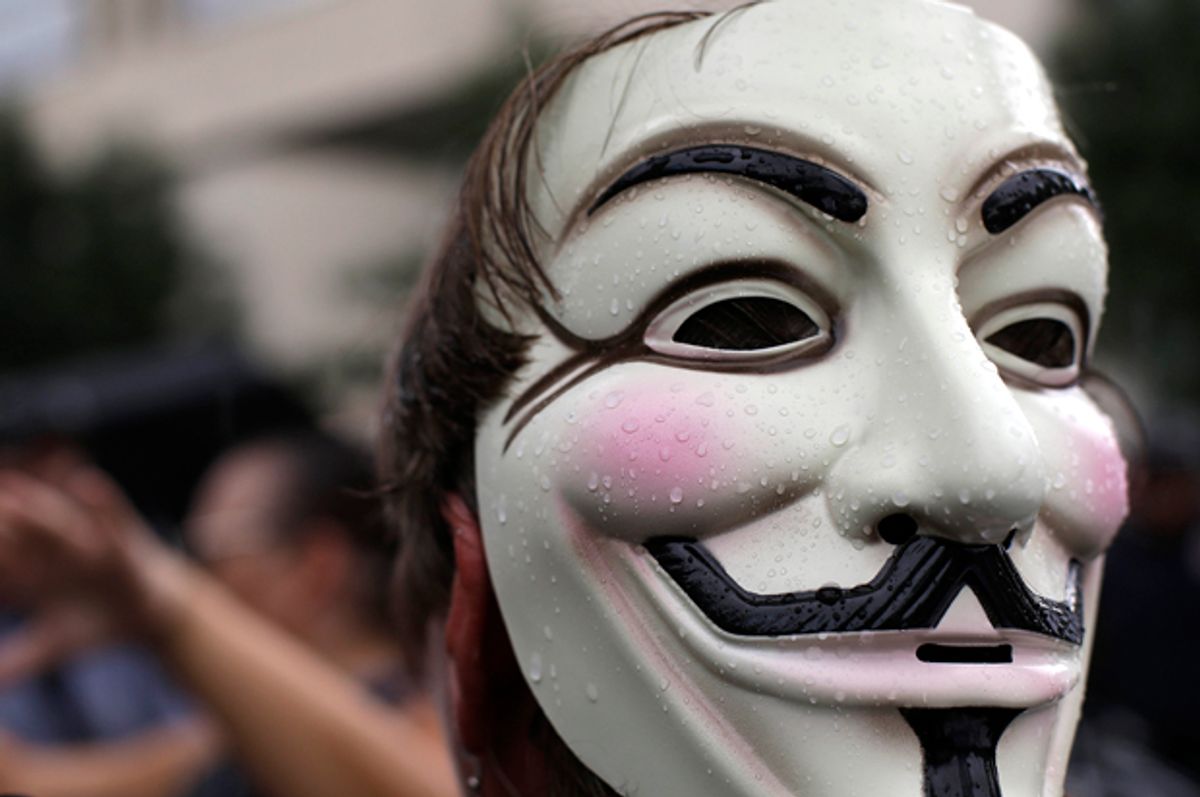 Deric Lostutter, the notorious Anonymous hacker who outed high school football players in the groundbreaking Steubenville rape case, emailed me last night to say, “I am firing my lawyer, wondering if you wanted to break the story, homelessness and sexwork involved.” Of course, I said yes.

In a followup email, Lostutter, who is currently being investigated by the FBI on hacking charges and potentially faces more than eight times that served by the teenage boys convicted in the Steubenville case, blamed his lawyer, Tor Ekeland, for failing to defend him against online trolls. He's especially upset that his Ekeland hasn't challenged those claiming that Lostutter had ransacked his crowdfunded defense fund. “[This] led me to have my landlords and jobs harassed, my social security number even was posted,” he wrote in the email. “failure to keep the jobs and landlords happy led to 3 evictions, and eventually a move to north carolina this month.” (Ekeland responded with, “No comment.”) Lostutter recently married Jennifer, the mother of a 7-year-old, and says his family is facing potential homelessness. Despite the positive attention he's received for his role in the Steubenville case -- like Brad Pitt's production company buying the rights to his story -- Lostutter is desperate for work, which he blames on his lawyer and his newfound notoriety.

So, Lostutter and his brand-new wife have started doing pornographic webcam shows on Chaturbate. “It’s resorted to the point where we wanted to go ahead and explore the option of web porn,” says Lostutter. “There’s definitely nothing wrong with that in my opinion. We’re two consenting adults.” I asked him to expand upon the thought process that led to this decision and he said, “If we’re doing it for free anyway and we’re having fun doing it and people are paying to watch it then why not if it’ll help out with a bill here and there?” But later in our conversation, Lostutter emphasized that they are doing it because they want to. “We do it because we like to do it,” he said. “But if it makes money, it makes money.”

His wife's Chaturbate profile reads, "I'm 28, Dominican and Black. I love to be on top, dominate. Stripper by day, vixen by night. I love giving head, it turns me on." Lostutter's bio: "I enjoy club life, craft beers, tequila and bourbon. I am addicted to tattoos, action movies, and nature. Im a self described 'nerd' and love good conversation. I like rough sex, definately an 'ass man.'" They include a link to an Amazon wish list -- which includes a crock pot, a quesadilla maker and a riding crop, among other things -- and promise to reward gifts with everything from a thank you card to "A full private cum show for your eyes only!" In a recent show, the pair sat on a couch, her in red stockings and a thong, and him in army-print boxers. She gave him a blow job while chat room commenters responded with things like, "wow" and "luv it."

Already, his webcam shows have been discovered by people he describes as “trolls.” Representative tweets include, “is that a mealworm in your pocket, or are you just happy to see us?” and “@DericLostutter debuts all 3" of flaccid 'Little Deric' online. The Internet stifles a collective gag reflex.” Others have focused the invective on his wife with remarks like this one from Michelle McKee, the woman who brought the Steubenville case to Anonymous’ attention in the first place, “Is that an Adam's Apple?” Some have pointed out that Lostutter publicly shamed an ex-girlfriend, the same ex-girlfriend who accused him of rape in a blog post, for webcamming. Lostutter seems unphased by the online taunts, but his wife, who works as an exotic dancer, not so much. “This sort of attention is embarrassing for my wife, to a point," he says. "She’s not used to the mass amount of attention. She’s not used to people at-ing her on Twitter and stuff like that and harassing her about it and posting links and screenshots and pictures and stuff like that.”

What is there to say here, really? It’s just another chapter in, as Rolling Stone put it in their profile of the hacker activist, “The Strange Saga of Steubenville Vigilante Deric Lostutter.”