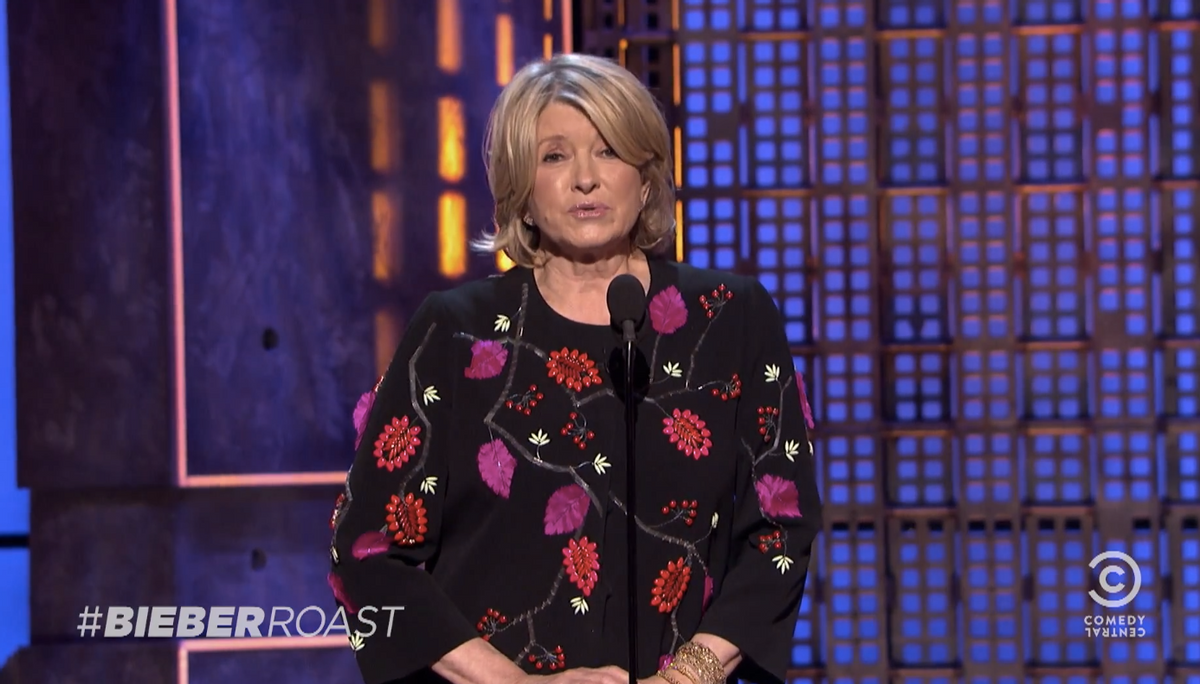 There's been a lot leading up to Comedy Central's Roast of Justin Bieber: We saw promos with slowmo egg-pelting, a controversy unfold over Paul Walker jokes being pulled and, of course, the outpouring of crazed enthusiasm from Beliebers. Well, it finally happened last night -- and things got pretty weird.

"I was thrown into this at 12 years old, and I didn't really know what I was getting myself into," the 21-year-old Canadian rascal said in one rather earnest moment last night. "There's a lot of moments I'm proud of and there's a lot of moments I look back on and I'm pretty disappointed in myself for. But the things I've done don't define who I am." This came moments before Bieber unveiled "the love of his life": his capuchin monkey, Mally, who maybe you recall from headlines years ago after it was detained by German customs. And yet, somehow this wasn't the weirdest thing that transpired during the course of the program last night. Have a look at some of the weirdest and raunchiest moments we gathered below. All in all, J-Biebs did a great job smiling through the pain.

Hannibal Buress told Bieber that he hates his music: "I hate your music more than Bill Cosby hates my comedy."

Martha Stewart suggested a new form of birth-control to Ludacris: "May I suggest pulling out some time and finishing on some fine, highly absorbent Martha Stewart bed linens?"

Ron Burgundy took us back to the days of Bill Clinton and then quickly pivoted to the topic of Bieber's promiscuity: "This kid has spunk, moxie and probably a few other STDS."

Pete Davidson told Bieber that he regretted growing up without a dad after he died in 9/11: "Until I met your dad, Justin. Now I'm glad mine is dead."

Jeff Ross compared the program to Ferguson: "What is this, the Comedy Central March on Ferguson?" (Then, proceeded to fantasize about Martha Stewart's pubic hair.)