Ted Cruz's worst excuse ever: This explanation of why he misses committee hearings is a doozy 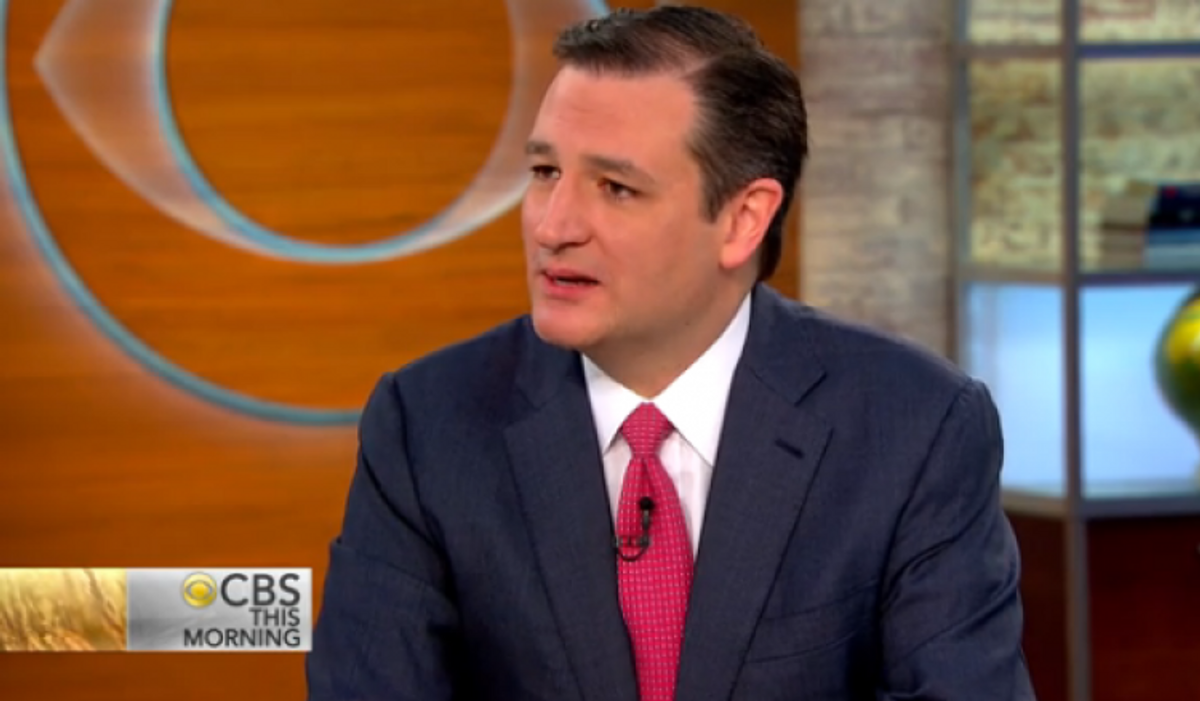 There’s much about Ted Cruz’s campaign for the White House that doesn’t make sense, but the most baffling is the insistence from Team Cruz that their candidate, who has yet to complete half of his first term in the Senate, has put together a strong record of leadership and “experience.” The Cruz campaign is especially insulted by comparisons to the sitting president, who also ran for the White House before his first term in the Senate was up. This past weekend on CNN, Cruz sneered that Obama was a “back-bencher” during his time in the Senate, while Cruz has been a leader. “In my time in the Senate, you can accuse me of being a lot of things,” Cruz said, “but a back-bencher is not one of them.”

Of course, Cruz is absolutely a back-bencher. And, as it turns out, he’s happy to exploit his back-bencher status when he gets caught not living up to his grandiose claims of leadership and experience.

Politico went back and looked at the 16 public hearings of the Senate Armed Services Committee held over the past year and ran the numbers on which committee member had the worst attendance record. Turns out that Cruz skipped 13 of the 16 hearings, making him by far the most absentee member of the committee. Cruz’s people are, of course, brushing this off, arguing that their man has been “deeply engaged in defense and national security issues,” as evidenced by several bills he’s proposed that haven’t become law.

To be clear, committee-hearing attendance is kind of a shallow way to gauge a member of Congress’ commitment to an issue area. Senators have very busy schedules and serve on multiple committees that often schedule hearings at the same time. But Cruz’s people are committed to defending this narrative they’re constructing that Ted Cruz is one of the most important leaders in the Senate, even if it means pointing out that Cruz is not an important person on the committee on which he serves:

In 16 pages of background material, Cruz’s aides also emphasized the senator’s staff monitors all hearings and provides him with summaries, noting that as a junior member, he’s often last in line to speak, and any questions he may have for witnesses have already been asked. His aides also noted that as chairman of a Senate Judiciary subcommittee, Cruz also had some scheduling conflicts with his Armed Services duties.

Once again, the comparison to Obama is instructive. When Obama came into the Senate in 2005, he kept his head down and actually did the nitty-gritty work of a freshman senator, which meant slogging through interminable hearings. Richard Lugar, formerly the chair of the Foreign Relations Committee, once concluded a day-long hearing on Iraq by congratulating Obama for being the only committee member to sit through the whole thing. It was minor stuff, but it gave Obama a reputation as someone who was willing to do the basic work needed to get things done, which helped defuse questions about his “experience” when he jumped into the 2008 presidential campaign.

Cruz’s strategy is the exact opposite. He’s trying to inflate his own leadership and experience well beyond the reasonable expectations one would have for a freshman senator, and he’s getting tripped up by the reality of his life in the Senate to date. Ted Cruz is not a back-bencher, his people argue, but you can’t be too harsh on him because, after all, he’s only a back-bencher.