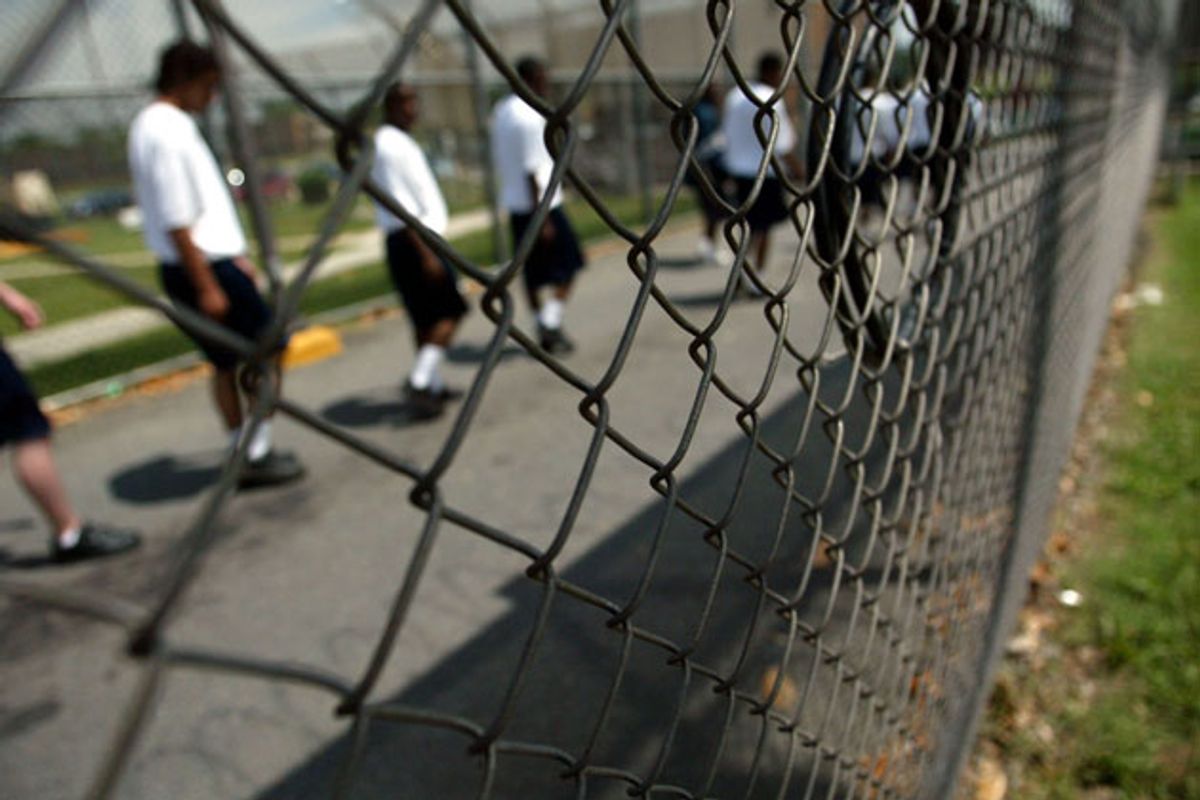 Four teens in Illinois are facing felony child pornography charges because they tweeted a video of themselves having consensual sex.

If found delinquent, the four teens -- three boys and a girl aged 14 to 16 -- could be sentenced to probation or possible incarceration in a juvenile detention center until they turn 21. They may also be added to the sex offender registry. In a baffling bit of logic, the police chief who arrested the teens said he did it to keep them from ruining their lives.

“The child pornography offense that was charged is in place for a reason, because we don’t want to accept that type of behavior as a society,” Joliet Police Chief Brian Benton told CBS Chicago. “It’s making a strong statement, and I think it’s important to do so, to send a message to others that kids shouldn’t be involved in this type of behavior, and hopefully this will serve as a deterrent.”

He added that the teens’ behavior -- group sex and having terrible judgment about what to post to the Internet -- could affect their lives for “years to come.”

Benton, curiously, does not see possible incarceration or a spot on the sex offender registry as something that could affect their lives for years to come. This isn’t the first time police have tried to make an example of teens by threatening them with criminal charges.

The four teens are being held in juvenile detention until April 13.

In 2013, the Justice Department released a report on rampant sexual violence in juvenile detention centers across the country. Allen Beck, the author of the report, told ProPublica that the rates of staff-on-juvenile sexual abuse are "about three times higher than what we find in the adult arena." The highest incidence of sexual abuse occurred in Ohio, South Carolina, Georgia and Illinois.