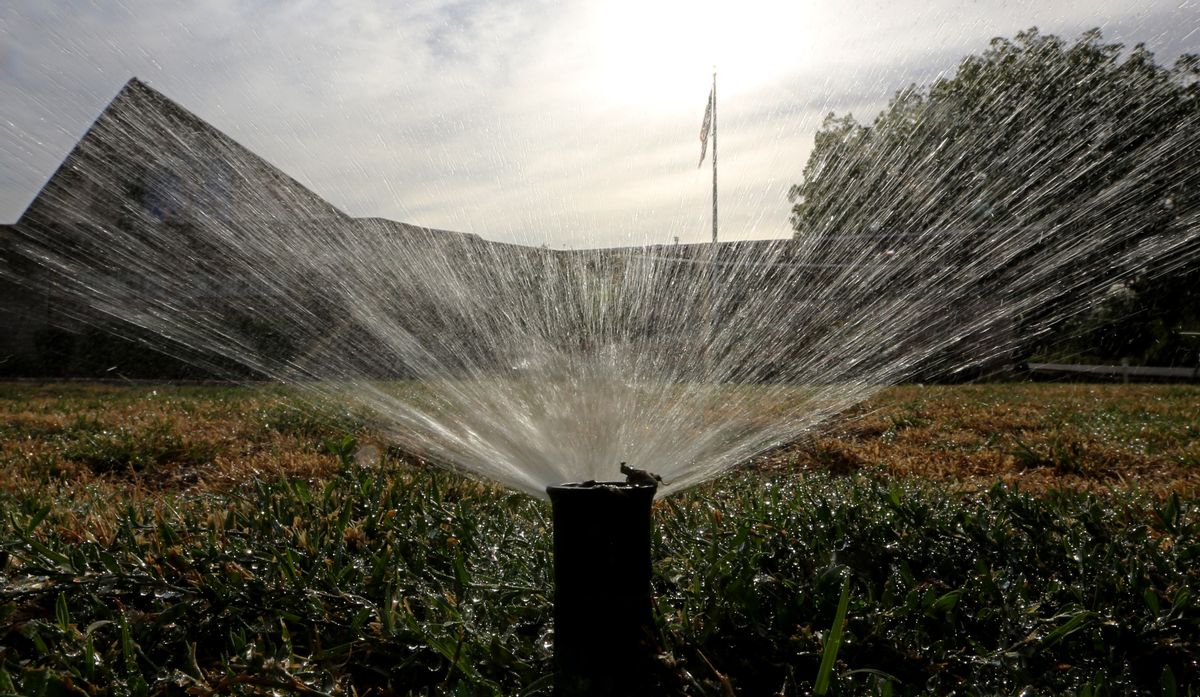 On Brown's executive order, the L.A. Times reports, the state water board is to cut water usage by 25 percent, a move expected to save 1.5 million acre-feet of water over the coming nine months.

It's an unprecedented move for an unprecedented situation. The Sierra Nevada's snowpack -- which replenishes streams and rivers during the typically dry summer and fall -- is only at about 5 percent of its historical average for April 1, the date considered to be its peak. That means this dismal amount of snow is about all California's going to get to carry it through the coming months. The official measurement isn't due out until later Wednesday, but to say this shatters records is an understatement: the previous low was just 25 percent below average.

"It's a different world," he said during Wednesday's announcement, which he made from a dry patch of grass in the Sierra Nevada. "We have to act differently."

The restrictions, importantly, don't affect agriculture, which is responsible for about 80 percent of the state's water usage. But it will impact nearly everything else -- as a press release details, the order will:

-Replace 50 million square feet of lawns throughout the state with drought tolerant landscaping in partnership with local governments;
-Direct the creation of a temporary, statewide consumer rebate program to replace old appliances with more water and energy efficient models;
-Require campuses, golf courses, cemeteries and other large landscapes to make significant cuts in water use; and
-Prohibit new homes and developments from irrigating with potable water unless water-efficient drip irrigation systems are used, and ban watering of ornamental grass on public street medians.