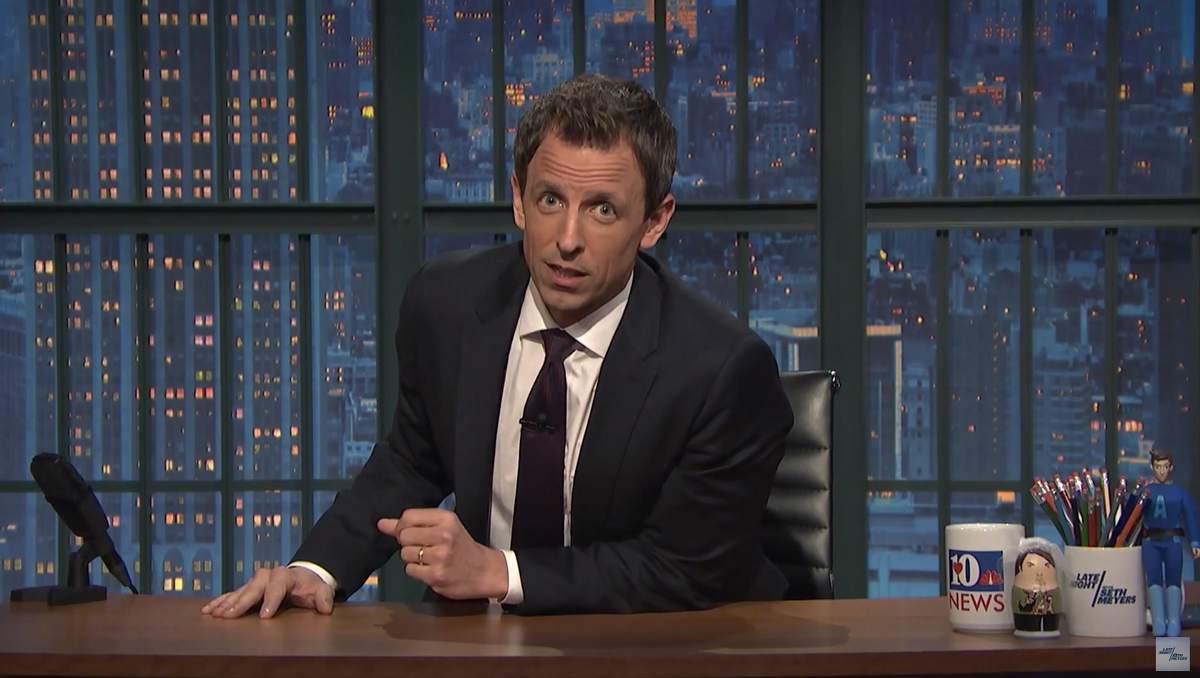 "Elizabeth Warren (D-MA) denial" is at an all-time high, and Seth Meyers thinks it's time to move on: Warren is "categorically" and "unequivocally" not running for president in 2016. Countless articles have been published spouting claims of the Dem being Clinton's only "true threat," -- but the fact remains: Warren has said no, and there really isn't much of a negotiation to be made.

On Wednesday's "Late Night," Meyers mocked TV reporters for hassling Warren about her bid again and again and played some interview footage from reporters  to back up his case. Perhaps the best example of this "Elizabeth Warren denial" came during the Charlie Rose segment Meyers played. “They say you’re constantly saying you will not run for president – does that mean you will not run for president in 2016?” Charlie Rose asks Warren, who is hardly able to mask her terror.

“Is Elizabeth Warren from Belgium? Because she sure loves to waffle,” Meyers said, mocking delusional reporters. Meyers then went in on the liberal activists over at moveon.org: “Hey moveon.org, take a hint — your name is ‘move on,’” he said. “If you asked a girl to prom this many times without a yes, they would ask you to transfer schools.”