A fourth grade class in New Hampshire tries to pass a harmless bill. What could possibly go wrong? 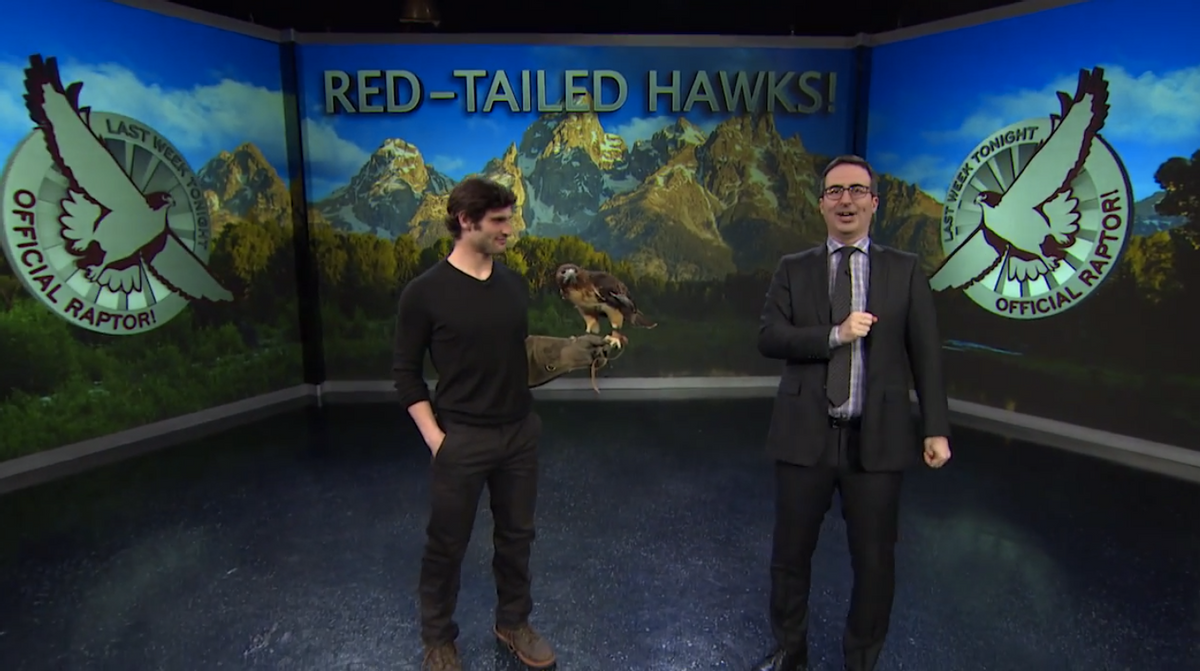 Answer: Everything, apparently, if said fourth graders are attempting to rip apart the state's very fabric by proposing that the official raptor be changed to the Red-Tailed Hawk. A fun, educational debate quickly escalated after one lawmaker made an abortion reference: "I guess the shame of picking a bird like this is that it would make a much better mascot for Planned Parenthood," he said. The bloodbath continued: Lawmakers tore into the adorable fourth grade class' bill until the motion was finally rejected on a 133-160 vote.

When the story started piquing national interest, Gov. Maggie Hassan visited the class and issued a a public apology for the tone in which lawmakers conducted the session with. John Oliver caught wind of the story and felt there were still some emotional wounds to be healed. In a clip uploaded to "Last Week Tonight's" YouTube channel today, the host offers to make the bird the show's official mascot. What a mensch.