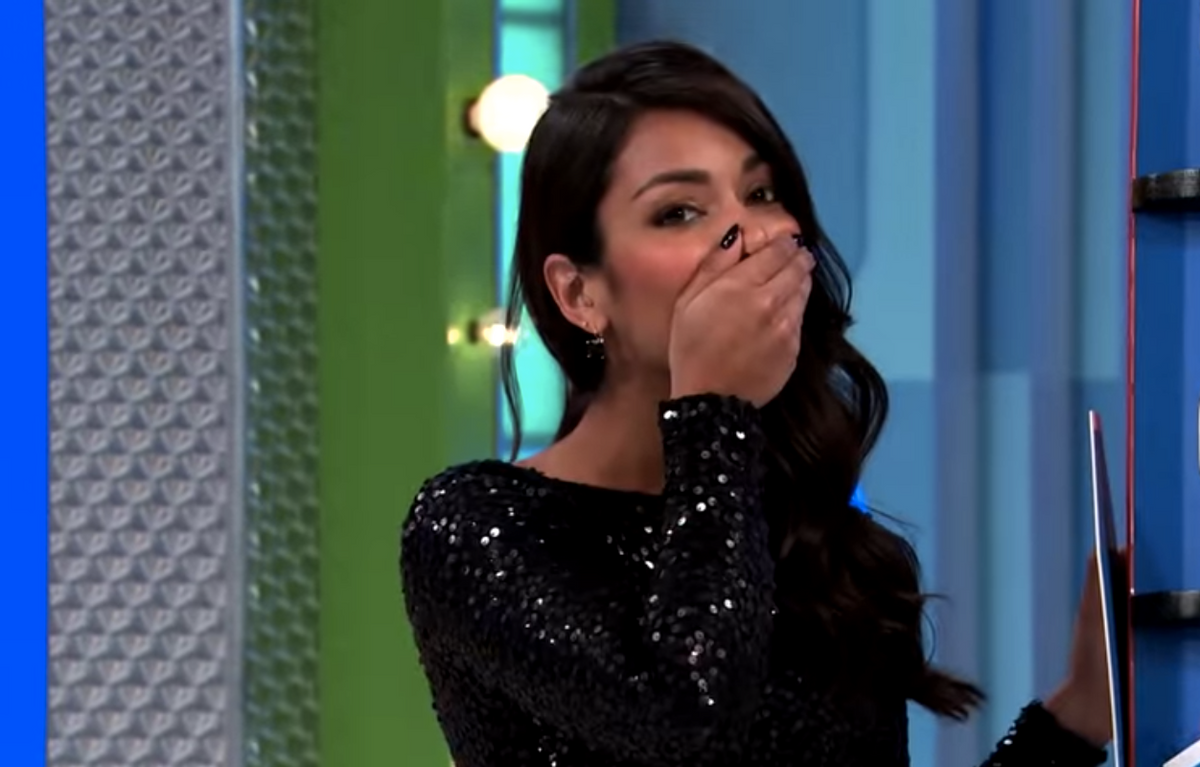 We've all made embarrassing blunders at work, but few can say theirs resulted in someone walking away with a free car retailed at $20 thousand. That was the case for "Price is Right" model Manuela Arbeláez who, before making one silly knee-jerk mistake, boasted a spotless six-year track record on the show.

For reasons even Arbeláez, herself may never, ever know, something compelled her to prematurely lift a price tag during one segment, giving host Drew Carey no choice but to give the contestant the car.

“Congratulations! Manuela just gave you a car!” Drew Carey said to the model who was busy hiding her face in shame behind the scoreboard. Thankfully, the model's punishment ended at public embarrassment. She tweeted following the show:

Here were some of the dumbfounded expressions from the audience that followed her blunder: And back to poor Arbeláez: Relive the horror with Arbeláez in the full clip below: