Jon Stewart goes nuclear on Indiana homophobia: "Do you see how f**ked up that is?!" 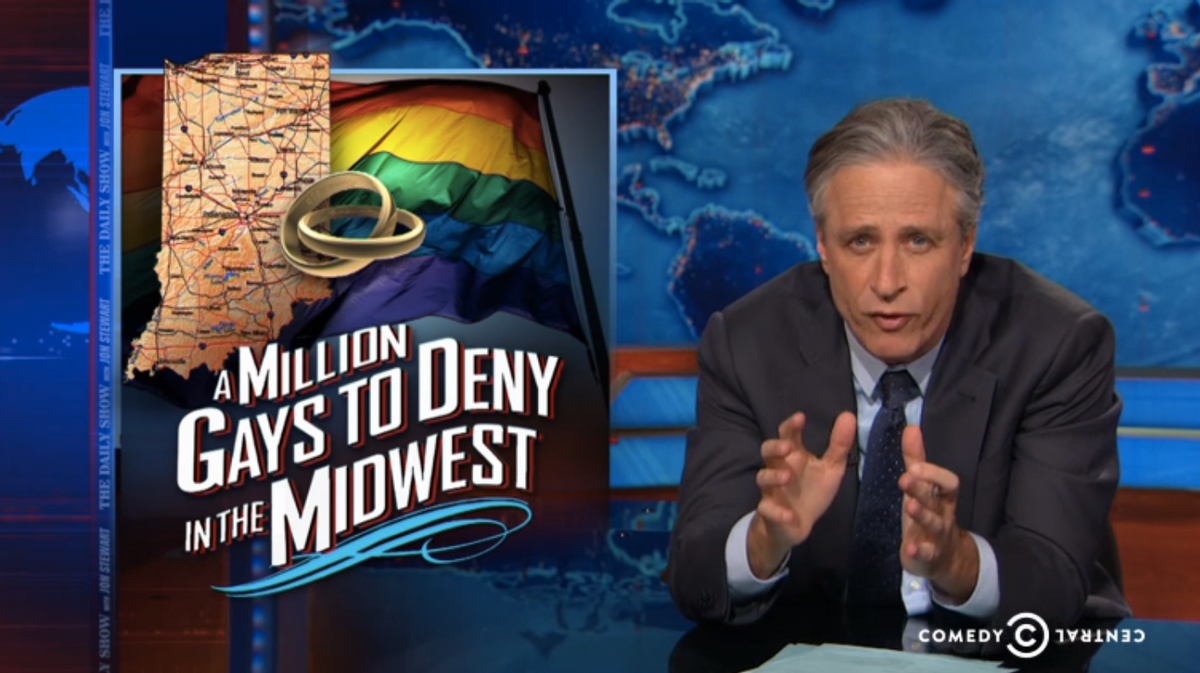 Jon Stewart turned Monday night's "Daily Show" into a Rhetoric 101 course, zeroing in on the asinine language Indiana lawmakers have been tossing around to justify the state's thinly-veiled Religious Freedom Restoration Act.

Stewart slammed Gov. Mike Pence (R) for his antiquated "please and thank you" defense of the law, explaining:  “First of all, can we stop talking about the people of Indiana like they’re a lost tribe from Nostalgistan,” Stewart said. “Let’s face it — people from Indiana are no nicer, or shittier, than people anywhere else. Except Philly, that’s the worst. And D.C. Really, any [National League] East city.”

The "Daily Show" host also couldn't help but notice how obsessed Restoration Act defenders are with using analogies to clarify their positions -- Former Sen. Rick Santorum (R) and Ben Ferguson, arguably, being the leading offenders. In one interview, Santorum draws the parallel between the RFRA pizza shop incident and a gay print shop owner being forced to print off a sign that reads "God hates fags" for the Westboro Baptist Church; Ben Ferguson uses the example of a KKK member asking for a birthday cake to celebrate the birth of the KKK.

“It’s been awhile since I’ve taken the SATs, but I believe the formulation as you defend yourselves is this: [a lesbian] couple is to Christian business as [Klan members] are to everyone else,” he said. “Is that what you’re saying? ‘I’m not discriminating, I have nothing against gay people; I’m just saying, for some Christians, catering an elderly lesbian wedding is like making a Jew slow-dance with Hitler.’”