Hunter who paid $350K to kill endangered rhino: It's going to "die one way or another" 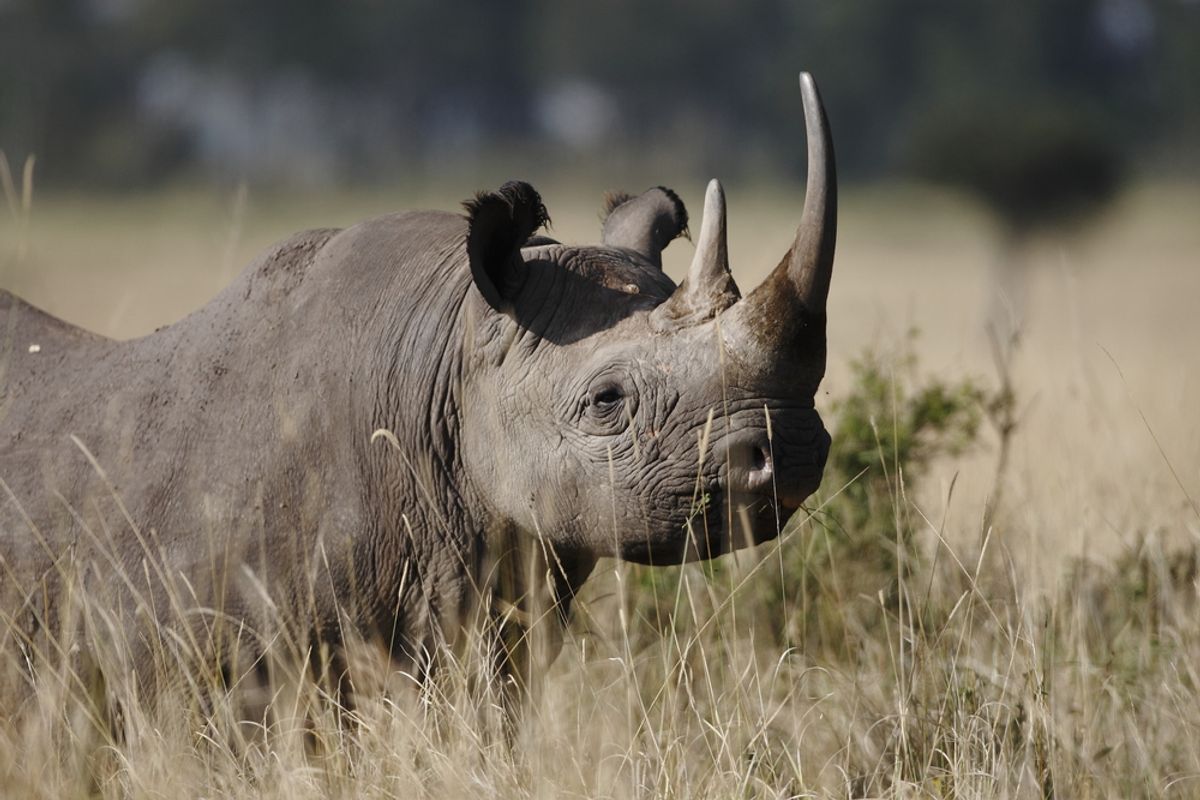 Corey Knowlton, the hunter who himself became a target after he paid the Dallas Safari Club $350,000 to nab an endangered black rhino in Nambia, is getting ready to carry out his trophy hill.

And, he told CNN in his first interview since receiving a U.S. permit to import the animal once he's killed it, he's assured that he's doing "awesome" work to promote conservation of the species -- of which fewer than 5,000 remain in the wild.

"I believe hunting through sustainable use is an awesome tool in conservation that can keep these animals going forever as a species," Knowlton said. "I look at it in a realistic way -- that I understand that we can't save one individual forever." He stressed that he picked an old rhino to target, one that is going to "die one way or another" and that, if allowed to live out its natural life, could pose a threat to the rest of the species by attacking younger male rhinos.

Knowlton claims that his "kill a rhino to save a rhino" strategy is backed by science; he also has the support of the International Union for Conservation of Nature. "In population terms, it's of minor significance, as we are talking about one old bull that would have contributed genetically to the rhino population already," explained Michael Knight, the group's chairman. "In monetary terms, it's important as it generates funds that go directly into the wildlife products fund that feeds 100 percent back into rhino conservation."

But despite all that, Knowlton's assurance that people decrying the hunt would feel differently if they just heard him out isn't likely to win him any supporters. The reason why black rhinos are so endangered to begin with is that they're targeted by poachers. Knowlton's many critics maintain that a "conservation" plan that glorifies more hunting and killing is irredeemably hypocritical. “The fact that some Americans are showing they will pay any price to kill one of the last black rhinos is not going to help the species in the long run," Jeff Flocken, the North American regional director for the International Fund for Animal Welfare, recently told the AP, "but only continue to put a price on its head.”

"Instead of killing it, they can be moved to a different area, be used to bring in photo tourism or eco-tourism -- something that doesn't kill the animal," flocken suggested to CNN. "People pay good money to go to Africa to see species like rhinos, and instead of just killing one for a quick monetary gain for a vainglorious American, it can be moved around to a different area if it is a problem with the herd."

And while Knowlton played up the good his money would do, he confirmed to CNN that he's in it for the trophy -- while he won the auction over a year ago, he was waiting to schedule his hunt until he was assured that the U.S. Fish and Wildlife Service would grant him an import permit. Because being able to bring his prize back to the U.S., he told CNN, was "the entire point."