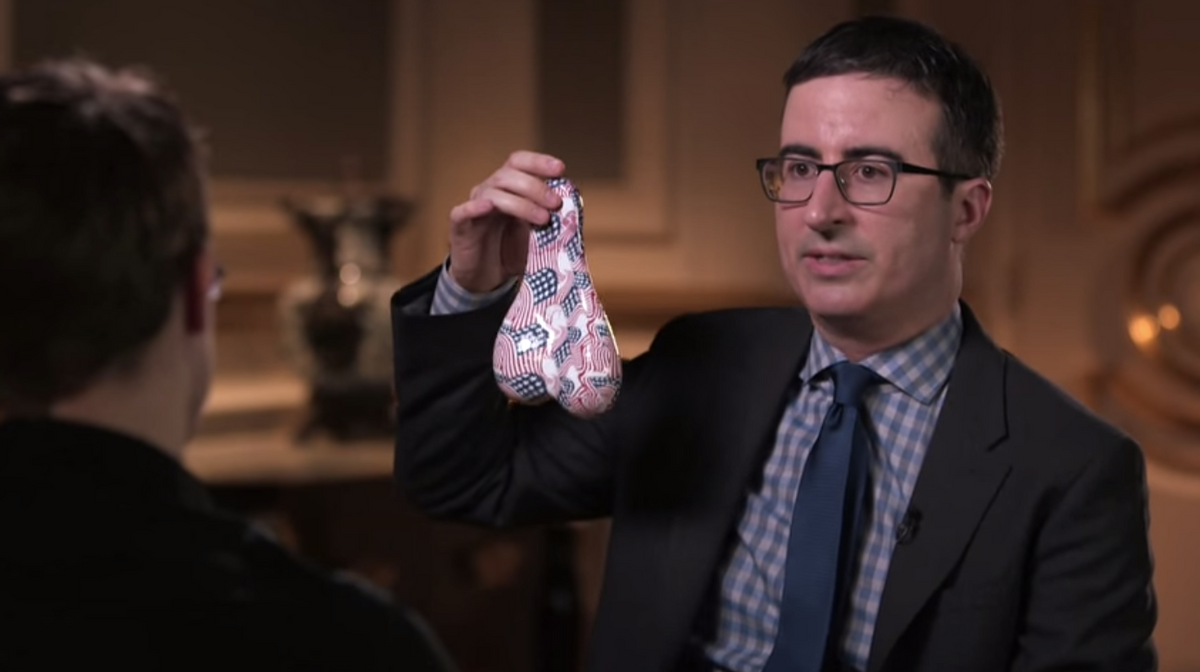 When John Oliver landed an exclusive interview with Edward Snowden, few probably imagined that one of the last impressions from the segment would be this terrifying warning to America: The NSA is still collecting “your dick pics."

Evidently, the words shook the Internet to its very core, because a group of dick pic-loving dudes, who felt their civil liberties were being infringed upon, quickly assembled on Reddit to form their very own response movement to the NSA's invasive tactics. And they call it "Dickpics4Freedom."

An incredibly NSFW Reddit thread now includes endless submissions from guys posting photos of their erect penises, along with captions like, "They may take our lives, but they will never take our dicks." And, "A little freedom if you need it." And, "I stand erect for freedom."

This past Monday also ushered in a hot new website called CanTheySeeMyDick.com, a surprisingly educational utility for the general public. The site guides readers through various surveillance programs going in the United States and how each relates to "protecting your junk."

Watch the original John Oliver clip that opened the floodgates below: