Fox's "The Five" discussed the murder of Walter L. Scott, but refused to see the men were of different races 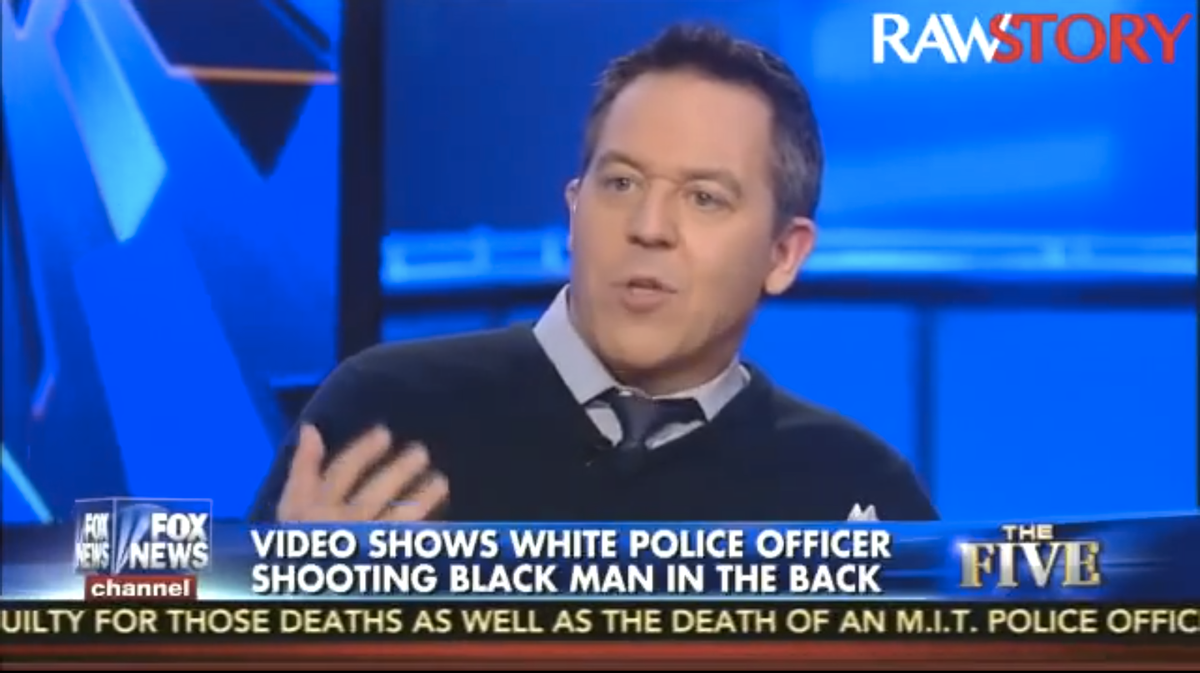 On Wednesday's edition of Fox News' "The Five," host Greg Gutfeld condemned the murder of 50-year-old Walter L. Scott at the hands of Officer Michael Slager, but, for some reason, refused to acknowledge that they were men of different races.

"This is the great thing about that horrible, horrible tape, and why it's necessary that cameras are everywhere," Gutfeld said. "I didn't see a black man killed by a white cop; I saw a man shoot another man in the back. I saw an actual act. You can't theorize. You can't come up with hypotheticals. You actually see that."

The thing is that you also see a black man killed by a white cop, whether Gutfeld wants to acknowledge it or not.

"Unlike talking heads like us or activists, the camera sees more than color," he continued. "The camera captures the actual incident -- an incident that in my view cannot be justified... I used to be against cameras because I thought they interfered with policing and I realize how wrong I am because everybody can come up with their own opinion about a crime when it's not seen, but when you see that--"

"I don't know," interjected Juan Williams, "what would you say about Staten Island and Eric Garner?"

"I felt horrible when I saw that," Gutfeld said. "That camera showed a man that was being arrested over a loose cigarette."