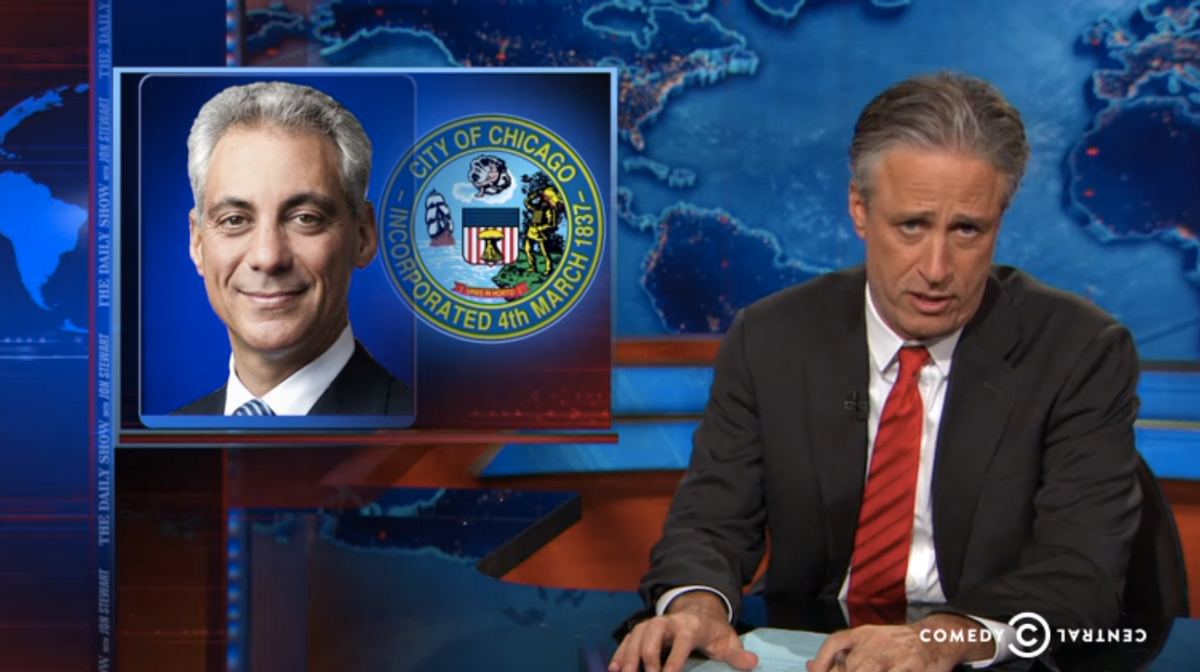 How did the unanimously hated Chicago mayor Rahm Emanuel just secure another term in Tuesday's runoffs ("and beat out this country's fourth most famous 'Chuy'" in the process)? Jon Stewart took a stab on Wednesday's "Daily Show."

"Things are looking up! And by that, I mean the amount of money they don't have -- and crime," Stewart said.