"The Daily Show's" Aasif Mandvi wants you to calm down about Jon Stewart: "We don't need to freak out" 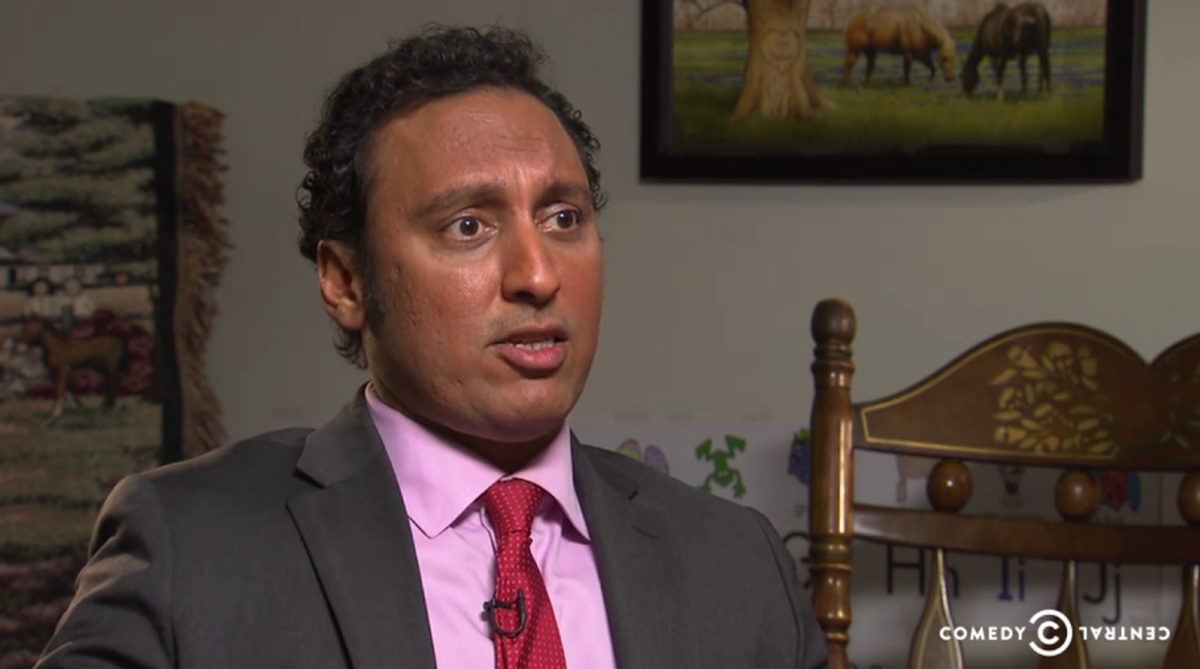 Big things are on the horizon for "The Daily Show's" Aasif Mandvi. Today, he launches "Halal in the Family," the crowdsourced Funny or Die web-series centered around a Muslim "sitcom dad." Later this year, he'll be writing, producing and starring in the HBO half-hour comedy series called "The Brink."

All things considered, Mandvi seems to be juggling all these responsibilities impeccably, which is great news for fans of his work on "The Daily Show." The comedian has given no sign that he -- unlike Samantha Bee or Jason Jones or John Oliver or Jon Stewart (the list goes on) -- will be parting ways with the fake news program any time soon.

In a new interview with Esquire, Mandvi speaks about the impact all of these departures have had on the group morale of 'The Daily Show." It can't be easy to send off so many people who've been so instrumental all at once, but according to Mandvi, he's doing fine.

Here's what we learned about the evolving dynamic over at "The Daily Show" below:

It might seem like "The Daily Show" is experiencing insane turnover -- but that's something that's always been baked into the culture of the show.

"Morale is fine. I mean, there's always been this level of turnover."

When Samantha Bee leaves, he will be The Most Senior Respondent. Maybe.

Are you going to be the most senior correspondent on the show come next season?

"Well Sam will still be there. She's not left yet."

Working part-time has made it easy for Mandvi -- as well as Samantha Bee and Alex Madrigal -- to take on other exciting projects.

"Both myself and Al Madrigal and other people have been mostly at The Daily Show part-time for the past year. Actually I've been doing this show called "The Brink" with Jack Black and Tim Robbins for HBO. I've been working and will continue to be working on that again this year."

The news that Trevor Noah would be taking over Jon Stewart's spot was delivered to Mandvi extremely casually:

"I just got a call from one of our producers. Just saying like, 'Hey, we're about to be making the announcement that Trevor will be taking over the show, and just giving you a heads up that it will be coming out in a couple hours.' That was it."

Mandvi agrees that people need to let go of Jon Stewart and accept that Trevor Noah will be taking over.

I think if I was a therapist I would just say like, "Hey, I get it. Calm down. I know daddy's leaving, but we're gonna be okay. We don't need to freak out."