"Hannity" guest bails on offensive Walter Scott segment: "I am not going to sit here and listen to this hate!"

When one panelist suggested people stop "overreacting" to the murders of unarmed black men, Leo Terrell blew up 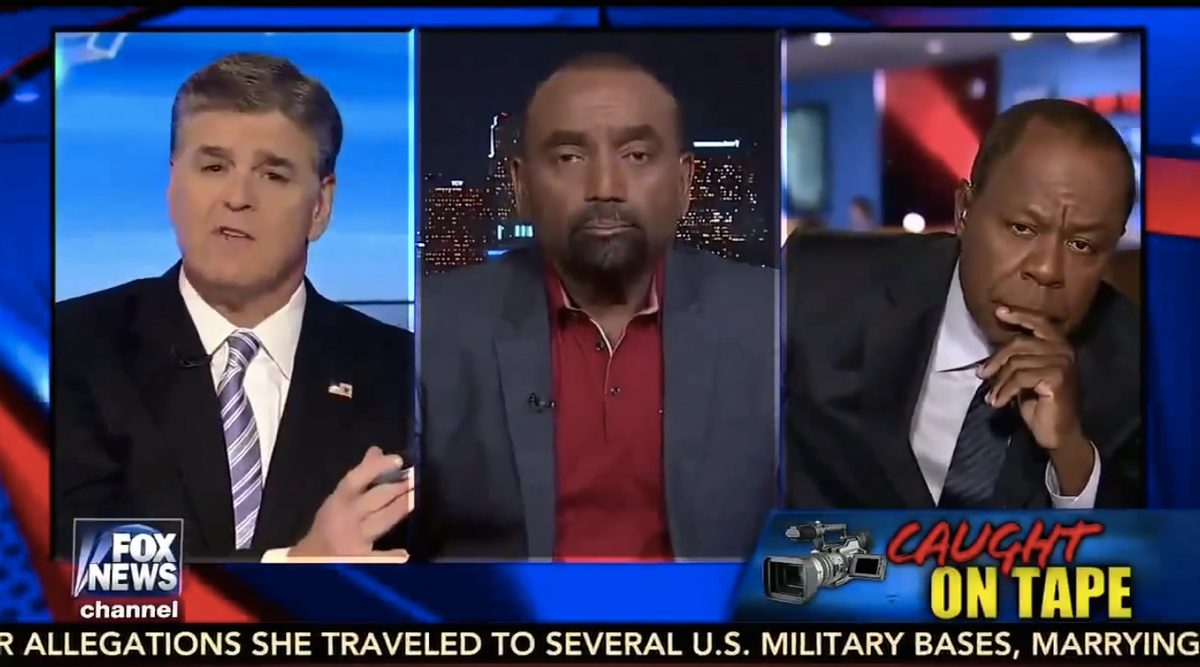 One of Sean Hannity's guests angrily opted out of a segment on the Walter Scott shooting on Thursday night -- in the middle of the segment.

Ripping out his earpiece before up and leaving the show, civil rights attorney and talk radio host Leo Terrell blasted fellow "Hannity" guest Reverend Jesse Lee Peterson, a conservative pundit who suggested people "stop overreacting" to the shooting deaths of unarmed black men. While Peterson urged viewers not to react to the Scott murder as the public responded to the deaths of Trayvon Martin and Michael Brown, Terrell interrupted, losing his cool and heading for the door.

"I am not going to sit here and listen to this hate!" Terrell shouted. "I’m not gonna listen to it!"

Hannity, who eventually sided with Terrell, attempted to quell the dispute to no avail. When the host told Peterson that Terrell had left, the reverend had a sharp reply.

Watch the blow up below: