While the superbug crisis grows, the meat industry is using more human antibiotics than ever 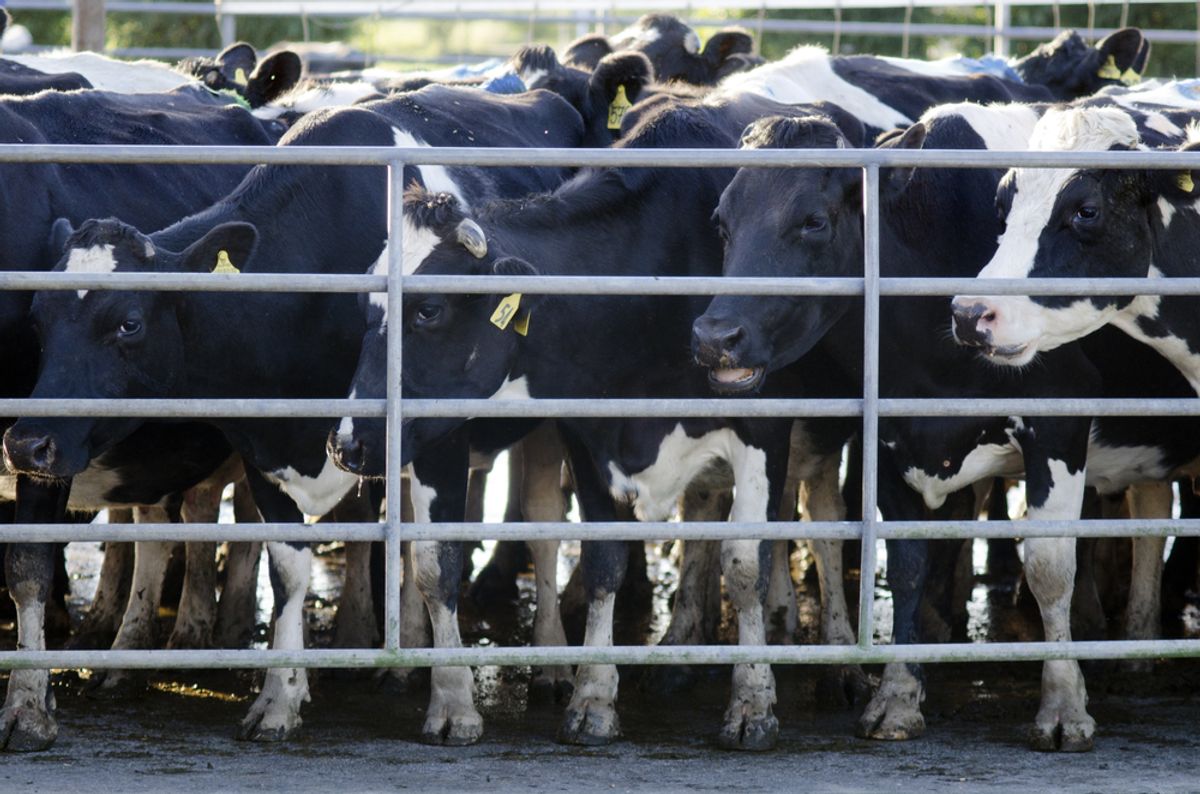 The meat industry is buying up more and more medically important antibiotics, threatening human health in its quest to ramp up the factory farm model to meet the demand for pork, chicken and beef.

New FDA data shows that sales of human antibiotics for use in livestock jumped 20 percent between 2009 and 2013, in keeping with past trends.

It's in keeping, too, with projections for global antibiotic use by the meat sector, which experts say could increase by as much as 67 percent by 2030. It's a problem, because industry abuse of the drugs is understood to contribute to the antibiotic resistance crisis -- superbugs formed on the feedlot are capable of spreading to human populations.

The FDA cautions that its data is from 2013, before its new, voluntary standards for pharmaceutical companies were implemented -- not that anyone thinks those are likely to actually curtail the industry's rampant antibiotic use. The White House's new National Action Plan for stopping superbugs also mostly ignores factory farms' contribution to the problem.

Meat producers are going to continue to insist that they need antibiotics to keep their animals healthy, because the woeful conditions on factory farms basically ensure that they're not going to maintain good health on their own. Meanwhile, experts say, antibiotics appear to be losing their efficacy over time, so that a drug that boosted productivity by 20 to 30 percent 40 years ago do so by only 5 percent today. If we reformed the way meat is raised, instead of throwing more drugs at the problem, we might end up with a more efficient system -- and one that protects human medicine, to boot.