"An embarrassment for the interests of Latino community”: How Rubio's climate denial could doom his presidential hopes

The presidential contender may live to regret his anti-science statements 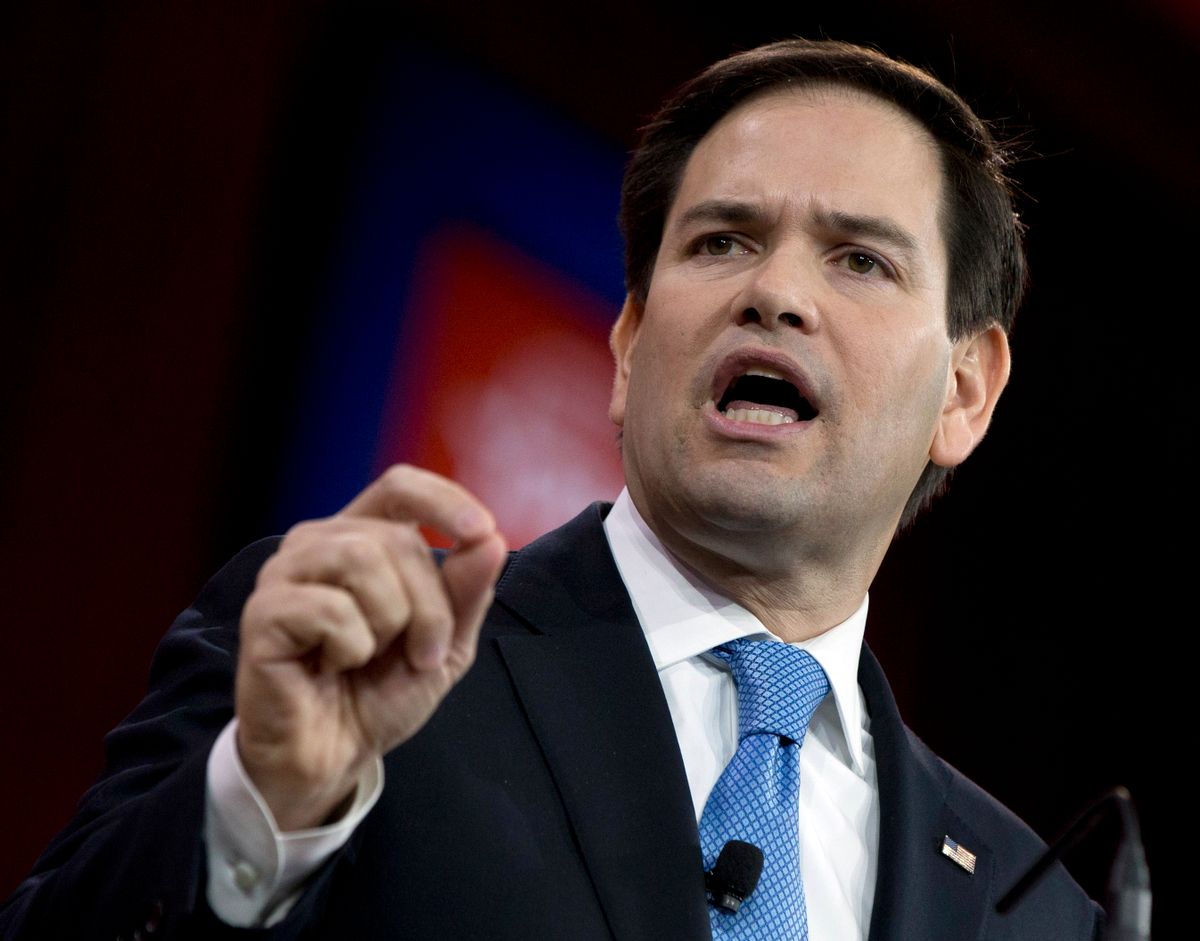 Newly announced presidential hopeful Marco Rubio once used the words "global warming" in a sentence that didn't include the word "hoax" or "alarmists." It was in a 2007 speech, in which the then-Speaker of the Florida House of Representatives suggested that Florida should become the "Silicon Valley" of the renewable energy industry.

He's been trying to live it down ever since.

In the intervening years, Rubio's fashioned himself into a model climate denier, dropping, at one point or another, nearly all of the go-lines used to cast doubt on the scientific consensus on climate change and disparage attempts to reduce greenhouse gas emissions. He's pulled the "I'm not a scientist" dodge. He's then, despite that lack of qualification, held forth on scientists' notion that "somehow there are actions we can take today that would actually have an impact on what's happening in our climate." He's argued, at different points, that "the climate is always changing," that there's "reasonable doubt" as to whether human activity is the main driver of that change, and that "our government can't control the weather."

All of the above are, of course, ridiculous, and so severely anti-science that they should raise serious questions about Rubio's ability to lead the country. But while his continued insistence that any attempts to mitigate climate change will do nothing but destroy the economy is the standard Republican line, they could be particularly damaging for his presidential prospects.

Rubio, after all, hails from one of the U.S. states most immediately, and dramatically, threatened by the impacts of a warming planet. And as if to further highlight that irony, he's making his formal announcement from Miami, a city already dealing with sea level rise and which one day could end up entirely underwater. It's disingenuous to argue that climate action is going to destroy the economy, points out the New Republic's Rebecca Leber, when a lack of action will certainly destroy South Florida.

A hard line against climate policy also isn't likely to help Rubio, who is of Latino descent, with Latino voters, who consistently poll as some of the strongest supporters of climate action in the U.S. Climate researcher and activist Nicole Hernandez Hammer, who's working to get South Florida's leaders to acknowledge the ways in which climate change is affecting the region, recently told Salon that the Latino community is disproportionately threatened by those impacts (as well as by air pollution) -- and indeed, a poll from this January found they are more likely than non-Hispanic whites to say that global warming will hurt them personally.

“To project policy positions that question the undeniable, unified position of the scientific community is pretty outrageous,” Arturo Carmona, executive director of the advocacy group Presente told Climate Progress. “[Rubio] says he can't confirm the science…that’s a slimy position that is an embarrassment for the interests of Latino community.”

To which I'd only add: it's an embarrassment for anyone who thinks he should be president.