"Are you f**king kidding me?!": Jon Stewart mocks the GOP's apocalyptic Hillary freakout

The GOP may have been anticipating Clinton's bid "since, like, 1978" but their shoddy take-downs tell otherwise 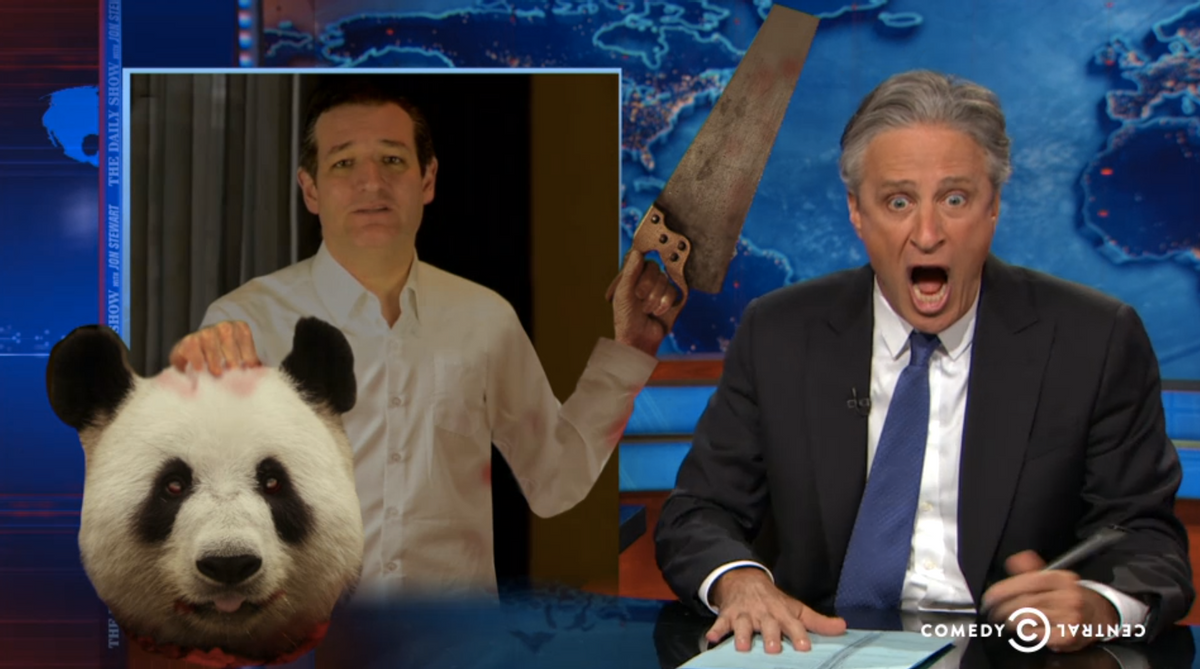 Stewart estimated that the GOP has probably been anticipating this announcement "since, like, 1978" which is why Ted Cruz's shoddy take-down ad "We're Ready For Hillary" seemed surprising even for Ted Cruz.

Confirming suspicion that Cruz "chops up pandas," Stewart had the production crew zoom out on Cruz's close-crop to reveal that he was, in fact, filming his ad from a "panda-chopping dungeon." Investigative journalism at its finest.