Media freakout caught on camera: This one video says everything about the absurdity of presidential campaigns

Thankfully, one reporter remained behind to report on the other reporters' reporting 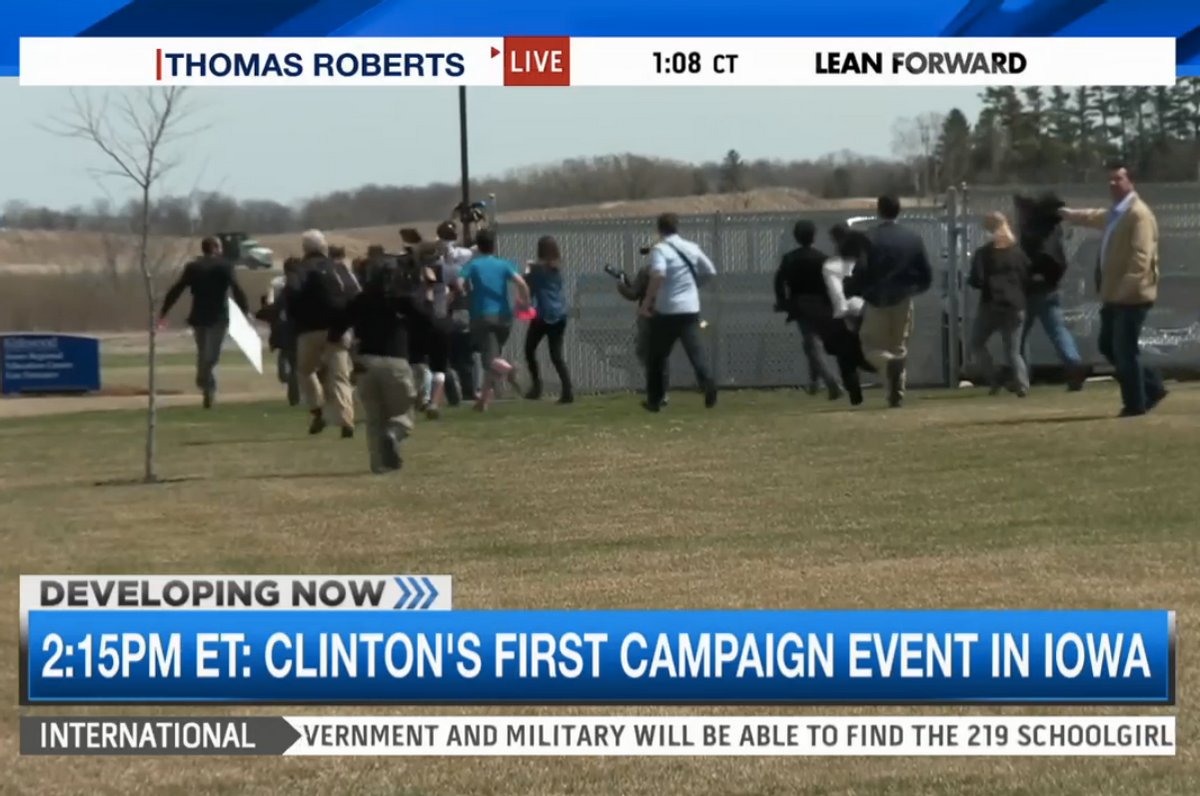 Characterizing media coverage of the Hillary Clinton campaign as absurd is quickly threatening to become the stuff of understatement, as the breathless reports on decision to patronize Chipotle this morning to the frenzy that accompanied her arrival at a campaign stop this afternoon attest.

MSNBC correspondent (and former Salon writer!) Alex Seitz-Wald was in the middle of reporting Tuesday on Hillary Clinton's first campaign appearance since announcing her candidacy this past weekend, when the "Scooby Van" in which she and her aides were traveling drove past him.

Seitz-Wald had been explaining to host Thomas Roberts' questions about the logistics of Clinton's arrival when he was interrupted by the correspondent.

He said that the main entrance to the Jones Regional Education Center was immediately behind him, but that he didn't know whether Clinton and her team would be availing themselves of it. As he made this explanation, however, he was tracking the "Scooby Van" with his eyes -- and watched it roll right past his position.

The camera rotated 180 degrees to capture the "Scooby Van" as it drove away the MSNBC set up. "There she goes," a clearly deflated Seitz-Wald said. "They're going around to the back."

But his disappointment quickly turned to bemusement, as he said, "you can see the media running to chase the 'Scooby Van.'"

"The guy in the orange pants is pretty quick," Roberts interjected. "I'm looking at these people and wow! 'Orange pants' is really outnumbered now by all the people racing around the back. I'm glad you remained with me."

Watch Alex Seitz-Wald steadfastly remain on camera while all his fellow reporters sprint to follow the van: