There's only one male member of the species left, and he's nearing the end of his life 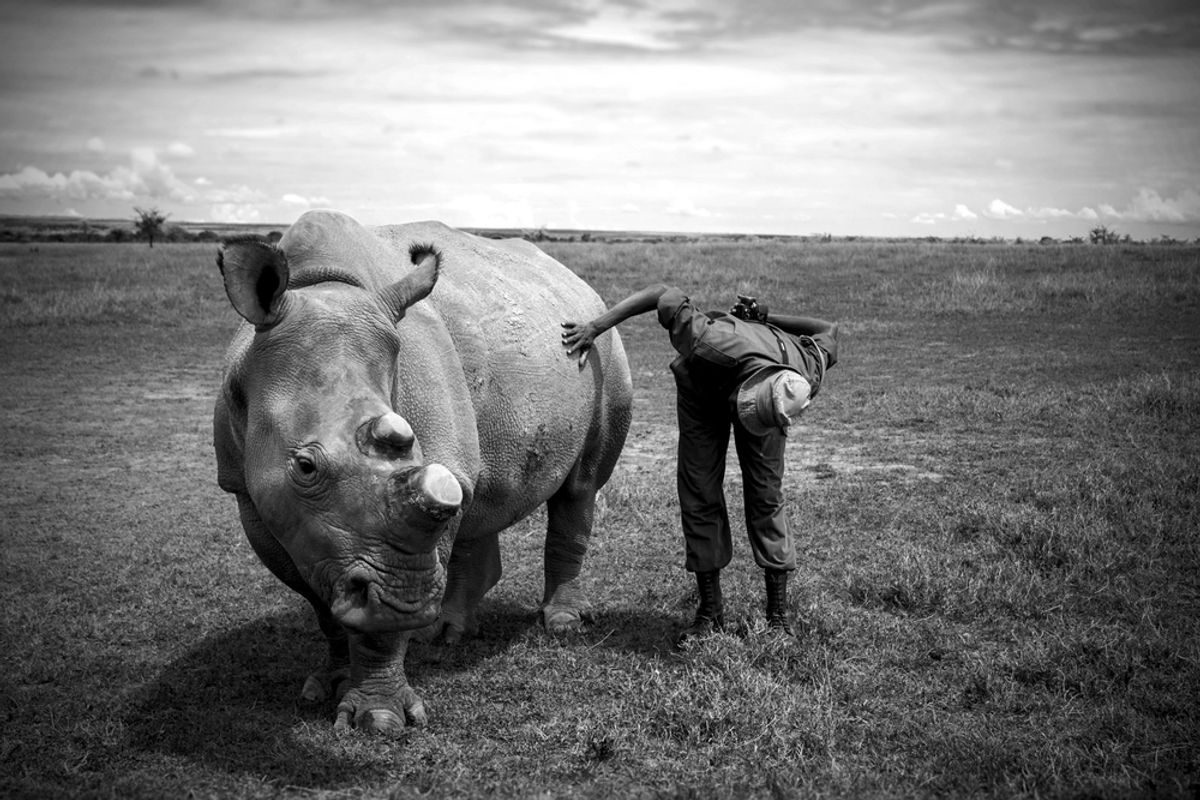 This article has been amended to reflect that rhino horns are not made of ivory. Salon regrets the error.

It may be only a matter of time before we can no longer say that the northern white rhino, as a species, exists.

There are only five members of the species left, and just one male, named Sudan, who is being kept under 24/7 armed guard at Kenya's Ol Pejeta Conservancy.

The northern white rhino's numbers were decimated by poaching in Africa; a threat from which Ol Pejeta, where Sudan arrived in 2009 along with another male (now deceased) and two females, is not immune. So far, the rhinos haven't been the target of any direct attacks, but its rangers are nonetheless refusing to take any chances. "We do try as much as possible to let the rhinos live in a semi-wild environment and not to interfere with them," Elodie Sampéré, who manages communications for the conservancy, told Salon via email. They try to stay within sight of the rhinos at all times during the day, she said, while at night, rangers patrol a 500-acre perimeter around their boma. (The other two remaining rhinos, both females, live in captivity.)

As an added measure to deter poachers, they've removed Sudan's horn -- which is extremely valuable on the illegal wildlife market. However, Sampéré told Salon, it's not "totally gone," meaning Sudan may still be a target.

The conservancy's been the benefit of a generous amount of crowdfunding since the Dodo first reported on the efforts to protect Sudan. But while their efforts may save Sudan, it's unclear whether they'll be able to save the species. Past attempts to breed him have been unsuccessful, and at this point, it's impossible that he'll be able to reproduce naturally.

"Sudan is simply too old to mount a female," Sampéré explained. "He cannot physically do it." In lieu of that, the conservancy is exploring "all avenues of artificial methods of reproduction."

Still, they're unsure how long Sudan even has left: he is already 42 years old, and the average life expectancy for northern white rhinos in the wild is 41. "While he is still in good shape, the reality is that he is aging," Sampéré said."We are really hoping that we have a few years left with him, but only time will tell."