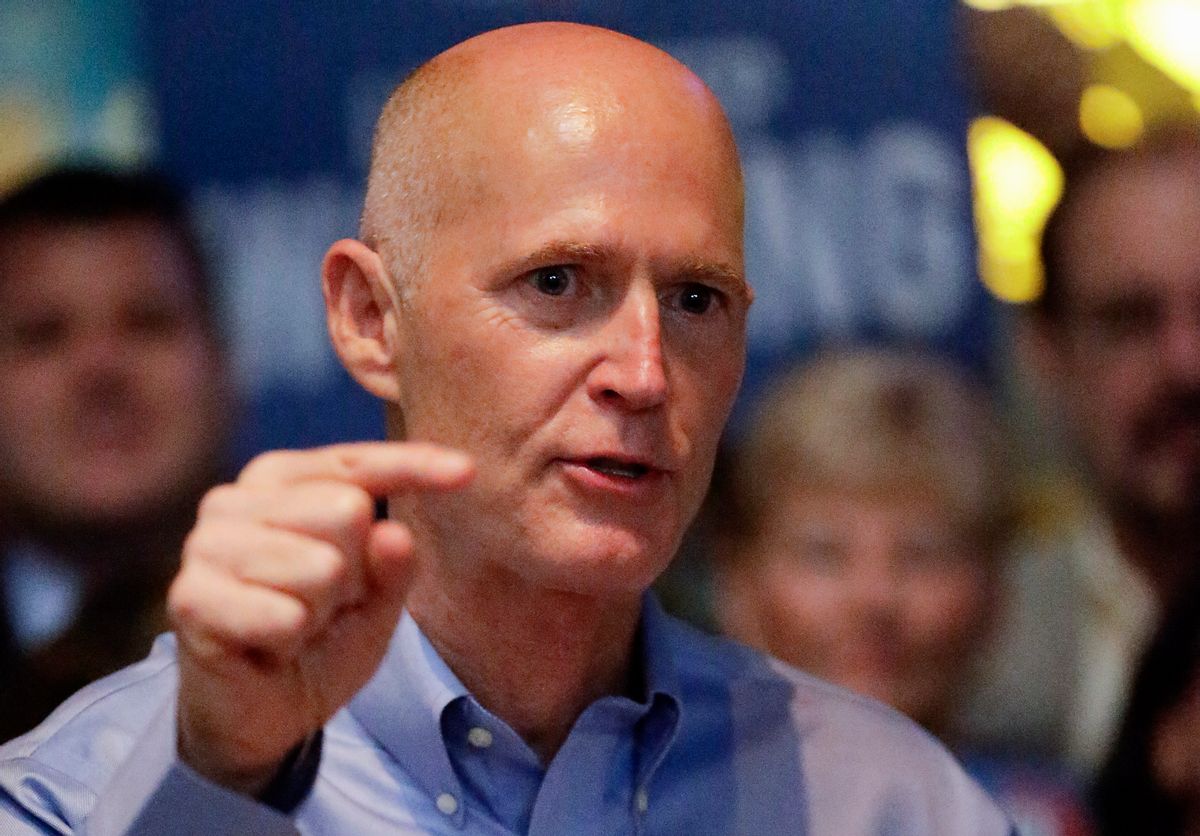 Have you heard those "rumors" that Florida Gov. Rick Scott instituted an unwritten ban on the use of the terms "global warming" and "climate change" by state officials?

Well if they're true, then how do you explain this: during a hearing Wednesday confirming his appointment as secretary of Florida's Department of Environmental Protection, Jonathan Steverson said "climate change." Three times!

Steverson, whose confirmation was unanimously backed by the Senate Environmental Preservation and Conservation Committee, performed much better than Director of Florida Division of Emergency Management Bryan Koon, who struggled to form the allegedly verboten words during a public hearing. But his "proof," while awfully convincing, contradicts the reports of multiple former DEP employees, as well as those employed by other state government agencies, who say they were explicitly told never to use the loaded terms in official communications and, in some cases, to censor them in scientific research articles.

It also runs counter to documents released Wednesday by Greenpeace: in an email exchange, a DEP communications official instructs a scientist to “make no claims as to cause” of sea level rise while sitting for an interview with National Geographic. (The cause of Florida's sea level rise is climate change.) The scientist responds, "I know the drill."

The official then reports back to her superiors that she's confident the scientist "will be on message," but that "if you want me to be more hands on with this because of the sensitivity, I will.”

It's pretty damning evidence, if you ask me. Then again, Steverson, who also stated during his hearing that "climate change is always happening" -- which is tantamount to denying the existence of man-made climate change -- did say the words "climate change" three times. Guess we'll all just have to decide what's really going on for ourselves.